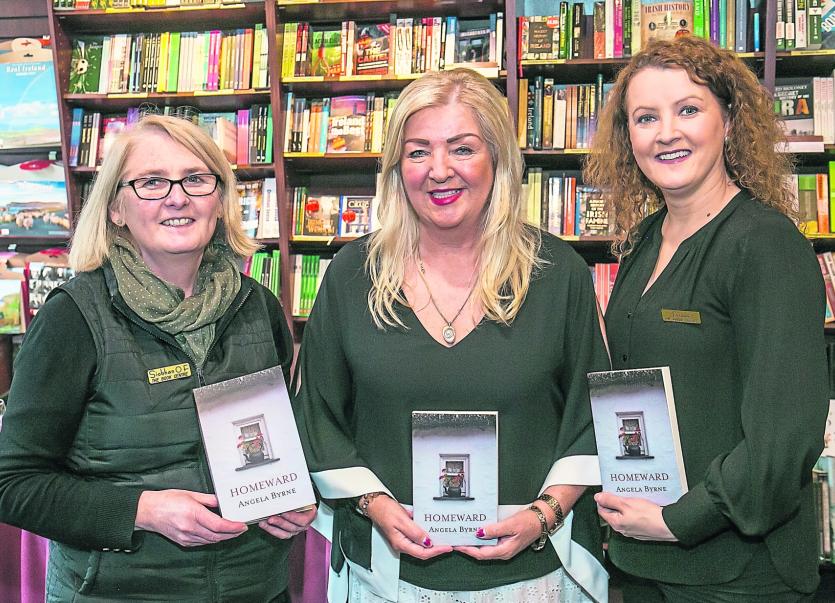 Pictured with Angela Byrne at the launch of her new book, Homeward, at the Book Centre on High Street were Siobhan O’Flynn and Yvonne O’Brien PICTURE: PAT MOORE

The third novel written by Michael Street resident, Angela Byrne has been described as a bit ‘racy’and ‘raunchy’ by the distinguished local journalist, Sue Nunn of KCLR 96FM.
It is a comment with which Angela has no problem and she was in excellent form at the official launch of ‘Homeward’ last week in the Book Centre on High Street, Kilkenny.
“I did not hold back on anything sand that’s as it should be,” she said.
“I am so excited to have completed three books in ten years,” she added. And she’s not finished yet.
“I have already started my fourth book which has a completely different story line altogether from the first three.
“I cannot stop now I have the happy addiction of getting my stories out there, trying to preserve the Irish spirit and memorialising our history through my eyes,” she said.
She thanked Cllr Andrew McGuinness for taking time out of his busy schedule to launch the book and to Michael Darcy from her publisher Martello for being such a great help and for attending the event.
She also complimented the Soulful Spirit choir with director Clare Kilkenny, for their singing during the launch and she also praised the staff of the Book Centre for being so accommodating.
“I would also like to thank my husband, John and my family for a ll their support as well as my friends for everything,” she said..
Launching the book, Cllr Andrew McGuinness paid tribute to Angela’ s inspirational writing and pointed out that she had been blessed with a bounty of gifts including painting, acting and singing as well as being a major figure in the Kilkenny city hospitality sector for many years, running Celtic House guest house and B&B on Michael Street, Kilkenny.
“This is a most enjoyable read and I recommend it highly,” he said. 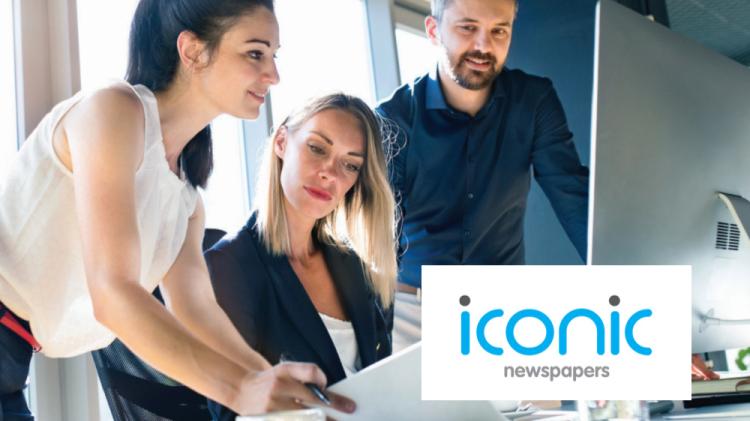