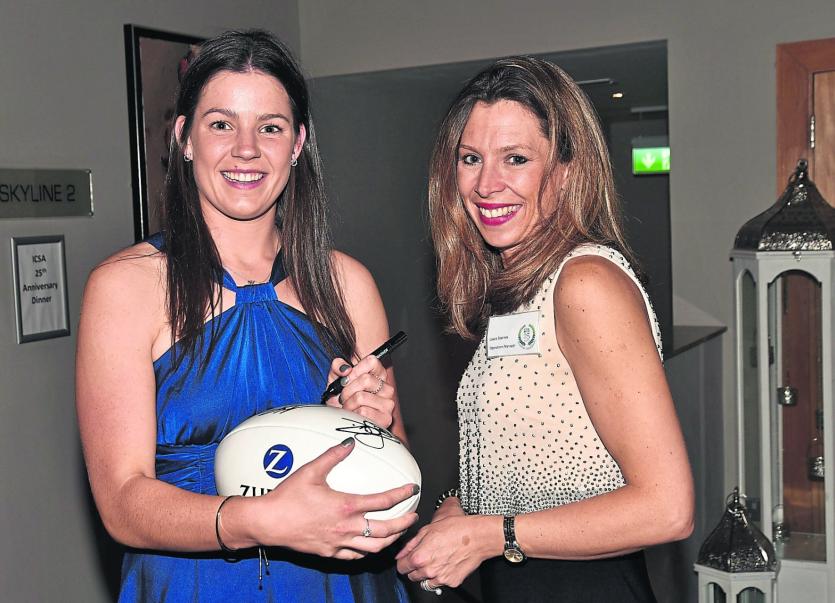 Around 300 people attended the ICSA 25th anniversary celebrations in Hotel Kilkenny on Friday night with Kilkenny man, EU Agriculture Commissioner, Phil Hogan, the guest of honour.
Kilkenny ICSA chairman Ger O’Brien said it was an enormous honour that the association chose Kilkenny to host ths event.
“At the same time we are acutely aware that we are navigating difficult times. In 2018 we have had the perfect storm of fodder shortage, labour shortage and money shortage.
“Farmers are hurting and the job of ICSA is to get out there and help them and speak up for them,” he said.
The association announced a new initiative to support farm families deeply affected by stress arising from the fodder crisis.
The ICSA Fodder Crisis Family Support Fund aims to reach out to those farmers who cannot cope with all of the pressures and worries created by lack of fodder.
ICSA general secretary, Eddie Punch, explained that the fund was designed to provide help to families who needed one on one meetings, and working out a plan for to help them get through the winter.
The dinner was preceded by two break-out meetings, one on fodder strategies facilitated by Martin Ryan of Gain nutrition and one on mental health.
The mental health meeting, facilitated by Zurich Farm Insurance under the banner “Tackle Your Feelings” saw farmer of the year Peter Hynes outline the importance of strategies to achieve work / life balance.
It was also attended by Tackle Your Feelings ambassador, former Irish rugby legend John Hayes and the session emphasised how farmers need to put family and mental health first.
Highlight for many was the Marty Morrissey segment with sports stars Clodagh Cassin of the Irish hockey team and Sean O’Brien, Tullow, Leinster and Irish rugby player.