Kilkenny man returns to scene of his greatest victory in 1959 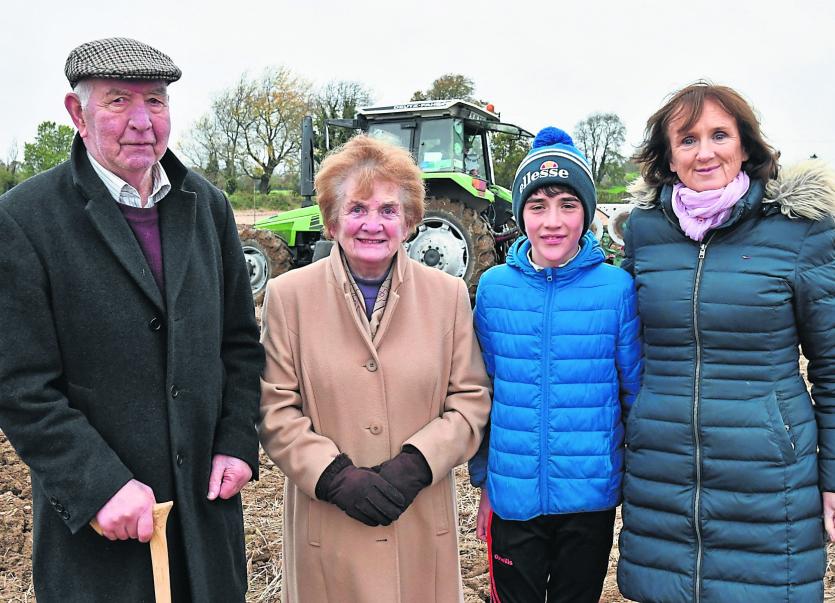 Mick Kelly attended the Danesfort Ploughing Match with his family, Mary, Paddy and Miriam. He won the All Ireland Ploughing Championship on the same site in 1959 PICTURE: HARRY REID