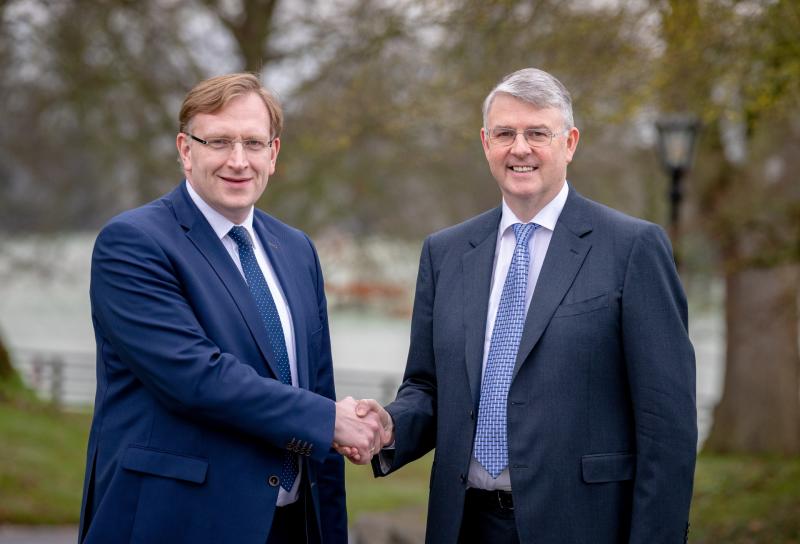 Royal A-ware's Jan Anker and Jim Bergin, CEO, Glanbia, shake hands on their €140m deal to build a new cheese facility, when the plan was announced.

Glanbia Ireland welcomes the decision of the High Court to uphold the decision of An Bord Pleanála to grant planning permission for its new continental cheese processing plant at Belview.

The new plant, which is to be developed under a joint venture agreement with our Dutch partner Royal A-Ware, is described by Glanbia as "a vital Brexit diversification measure and is important for rural Ireland and for Ireland’s dairy sector as a whole."

A judicial review was brought by An Taisce, in March, and the decision of the High Court was published this morning (Tuesday). An Tasice argued the development had not taken into account the environmental impact of the milk production required for the new plant.

An Taisce now have several weeks to decide if they will appeal this decision to the Supreme Court.

ICMSA President, Pat McCormack, said that decision provided much needed clarification. He urged all parties to the matter to now accept that the facility will go ahead in compliance with all regulatory requirements.