Can you help trace the family of a 'Carrickshock Incident' "hero"?

Famous 'Carrickshock Massacre' of Kilkenny in the 1830s 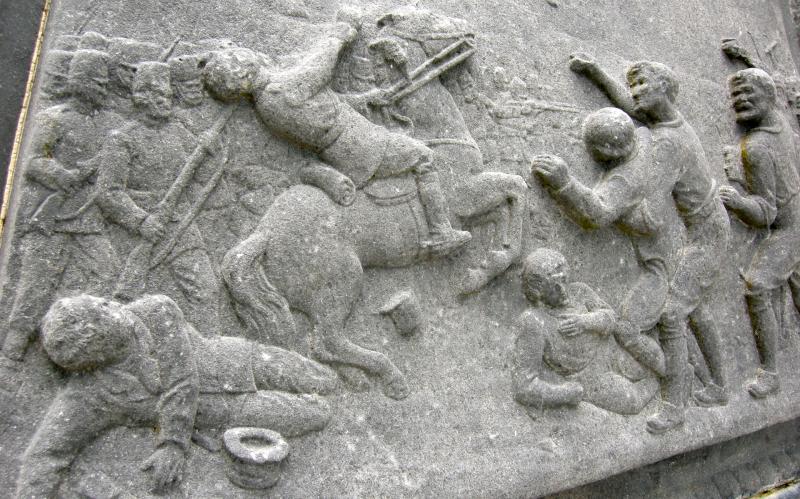 The descendant of a Kilkenny man who was involved in a dramatic and violent incident in Kilkenny in the 1830s is appealing for your help to complete her family tree.

Linda knows little about Patrick Morrissey other than he was born around 1809 and, according to his obituary, he was "a hero of the Carrickshock Incident."

She doesn't know where exactly he was born, but he left Ireland some time after the Carrickshock Incident and he emigrated to Brigus, Newfoundland, Canada, where he lived until the ago of 80. He had at least two children - William and James. "We think there is another son John, to the best of our knowledge they were born in Ireland with a sister Bridget," Linda told The Kilkenny People.

The Carrickshock Incident, also known as the Carrickshock Massacre or the Battle of Carrickshock, was a confrontation between the Irish Constabulary and local Catholic tenant farmers near Carrickshock, Hugginstown, on 14 December 1831, during the Tithe War in Ireland. Seventeen were killed: 14 of a party attempting to collect tithes and three of the crowd of locals who confronted them.

Eleven men were charged with murder following the incident and appeared at the Kilkenny County Assizes in 1832.

If you can shed any light on Patrick Morrissey please contact  Linda Connors by email on greeeneyes@nl.rogers.com