A DAY IN THE LIFE - Martina Hayden & Zhora Leskinski 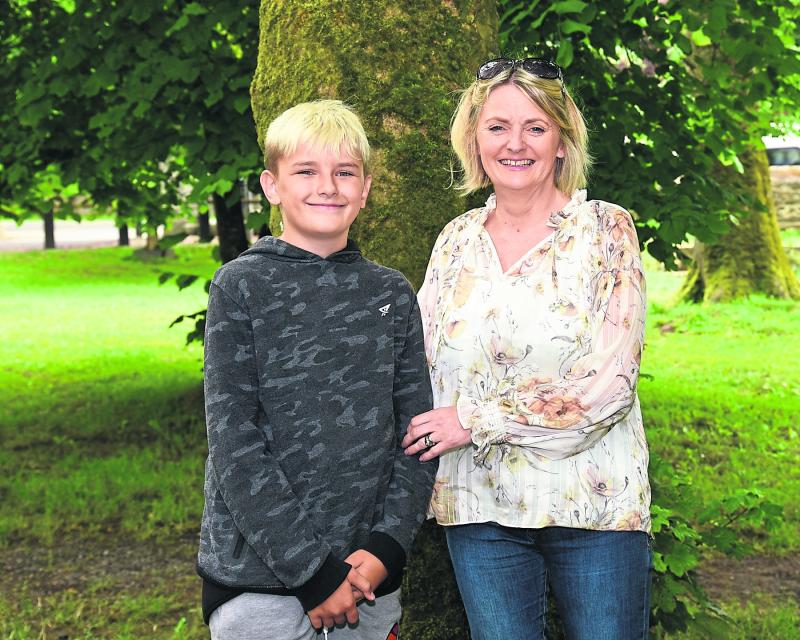 On April 26, 1986 a reactor at the Chernobyl Nuclear Power Plant exploded. It destroyed thousands of lives, leaving people to live with that legacy for hundreds of years to come.

For the past 24 years the good people of “Chernobyl Kilkenny Outreach Group” have brought the children of Chernobyl to Ireland for some respite - staying in Ireland for just one month adds one year onto their lives. This year 120 people are visiting Ireland from Chernobyl, with 20 of the group staying in Kilkenny. A lot the Kilkenny contingent are staying in Freshford, where the locals have taken them under their wing.

I met up with some of the host Kilkenny families and chatted with Martina Hayden, who has been Mama Martina to 12-year-old Zhora Leskinski for the past three years while he is on visits to Ireland. He is from a little village called Glusk, in Belarus, which resembles Ireland in the 1950s and still contains now as much radiation as it did 30 years ago.

Martina is mother to Molly (17), Jack (16) and Tony (12) and is married to Adrian. They live in Ballycallan, where Martina works as a self-employed travel consultant for Travel Counsellors (she has been in the travel business for over 30 years - some of you might know her from her days in Budget Travel and Manning Travel). Here is a glimpse into Martina’s world as Zhora’s Mama Martina.

Martina please describe Zhora’s typical day during his stay in Ireland?
Morning - We usually encourage him to stay in bed until late morning, so that he gets plenty of rest because this visit to Ireland is all about rest and recuperation. We have a brunch breakfast and depending on the weather we usually go for a walk to the neighbouring farm.
Afternoon - We might head into the Castle Park or visit a friend or family. They love visiting other children because just like any kid they crave company and companionship. We try to give them as much play and fun while they are here.
Evening - Zhora is not fussy (unlike my kids!) when it comes to dinner, he will eat anything put in front of him. He loves fresh fruit and vegetables, in fact I can’t keep buying enough of that for him, again unlike my kids! After dinner he likes to watch Belarusian stations and music on our iPad.

Why did you start becoming a host family?
For many years I was involved with the charity before becoming a host family. My neighbour, Carmel Everard, took two boys in for years and they needed a host family for a third boy who was Zhora. So it made perfect sense for us to host him. That was three years ago - he has being coming to us ever since.

Do they meet up much with their fellow travel companions and friends from home?
Yes we have organised outings for the full group once a week. For example we visit Castlecomer Discovery Park for a day out, Splash World in Waterford and Supermac’s always put on a party for them.

You live in the Ballycallan countryside. What does Zhora make of our green fields?
They all love our country side and the freedom. He lives in an one bedroom apartment in Belarus so all he wants to do here is to use the open space to kick a ball or ride a bike around. He is so happy to spend eight hours a day playing in the garden, not like our children who we are on the road with night and day, to and from activities. He also loves the water and was thrilled when we took him to the beach recently. Belarus has no coastline.

Zhora looks like a fine healthy normal 12 year old.
Yes he is now but at the start of the trip when he first arrives he is very pale but within a few days his complexion and appearance becomes healthier. It can actually change that fast. He is lucky in a way as he hasn’t a disability like some of the other children who are unfortunate enough to have lost limbs and even kidneys.

Do the host families have to go through any training before they can take in a child?
There’s no specialised training but we are all Garda vetted and it’s important that the family suits the child’s age and needs.

Who funds the kids to come to Kilkenny?
We have a committee here in Kilkenny called “Chernobyl Kilkenny Outreach Group” and we fund the trips ourselves through various fundraising efforts. We have an annual cycle from Kilkenny to Dungarvan and back with an overnight stay. We also have our annual American Tea Party every December in Langton’s, and we receive kind donations from the people of Kilkenny.

Our newest fundraiser is Chain for Chernobyl, which will be held tomorrow (Thursday) at 6pm in Kilkenny City. It is a human chain encircling High Street, Kieran Street and Rose Inn Street. All of the shops are involved too so it’s a real community effort and hopefully the streets will be alive with people with lots of celebrities on board! Each person taking part needs to purchase a poster (€5) and write on it one word that comes to mind about Chernobyl. At a given time all posters will be raised in the air in unity.

What is the overall cost of bringing the whole group to Ireland?
The cost is €30,000 for the Kilkenny group alone. We actually have two trips a year, some come again at Christmas.

You really have a fantastic team here on the ground from the Chernobyl Kilkenny Outreach Group?
Yes we do, sure look at our Chairperson Jim Kavanagh and what he has done for Chernobyl. He has travelled to Belarus 64 times on humanitarian aid trips.

Martina how do you juggle work and four children?
I work from home and I am an early riser so I get a few hours done before the rest of the house wakes. The day is full on but my daughter Molly is always on hand. It’s just another form of multi-tasking, like all women do!

Do you get any downtime?
The straight answer is NO. I suppose my downtime is when my head hits the pillow!

With little spare time on your hands was it a hard decision to take another child in?
I wouldn’t have it any other way. Zhora is part of our family and we look forward to seeing him every year. Our family gets more from him than he gets from us. My kids learn so much from somebody who has nothing.

So is it difficult to say goodbye at the end of the four weeks?
Of course it is, especially saying goodbye at the airport, which is heart breaking. However we know we will see him again in 11 months’ time. It is somewhat comforting when you know you have given them a terrific month in Kilkenny.

What is Zhora’s favourite thing to do while he is in Kilkenny?
He loves swimming in the Watershed and just generally hanging out with as many kids as possible.

Help Martina and Chernobyl Kilkenny Outreach Group by supporting their ‘Chain for Chernobyl’ today (Thursday). Tickets available at Legspert (opposite Goods) on High Street from 10am to 5pm. Supermac’s, Kyteler’s and Wishbone have posters for sale.