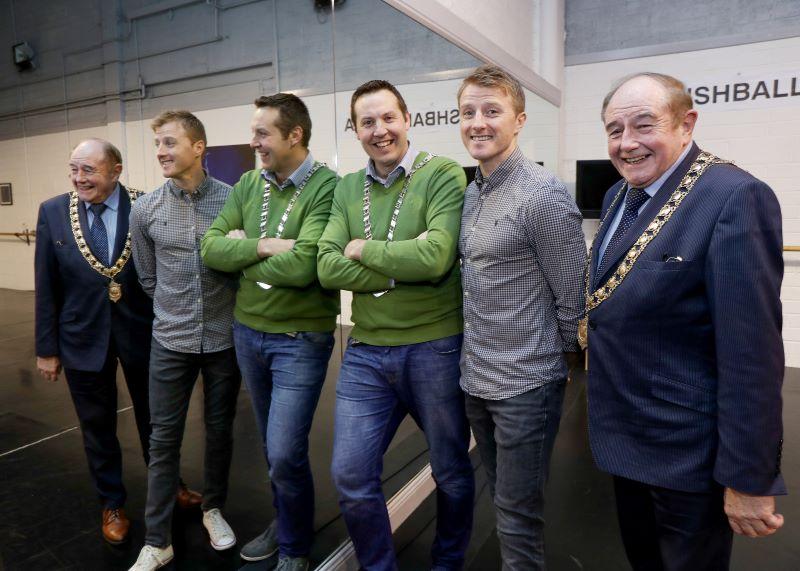 Kilkenny’s ace hurling star, turned twinkle-toes and heart-throb on RTÉ’s Dancing with the Stars programme will step it out at the front of Kilkenny City’s St. Patrick’s Day Parade for 2020.

The Urlingford eight time All Ireland winner has accepted the honour bestowed by the St. Patrick’s Day committee and will follow many other sporting and community figures to step it out on the route from the Market Yard, starting at 1.30 pm,  through High Street past the reviewing stand on the Parade, through Rose Inn Street and finishing once again in the Market Yard.

The Parade will be followed for the first time by a major street party in John Street on the ‘continent’ side of the river Nore.

This will include live music by some of Ireland’s best groups, including Kila and the new Kilkenny samba band, food stalls, face-painting, set dancing and DJ more.

Aidan Fogarty described it as a singular honour to be asked to be Grand Marshall.

“I am delighted and honoured to lead such a wonderful celebration of all that makes Kilkenny fantastic. I have attended the parade since childhood and never dreamt that I might one day lead the parade. It would be great if I’m still Dancing with the Stars on St. Patrick’s Day, and hopefully heading towards another final just a week later. That of course will depend on how I perform and the support I get-a lot like when I was playing with my colleagues in the black an amber jersey of my county.”

“Aidan has won the hearts of the nation in the same way as he always won the hearts of Kilkenny people. We are delighted with his success on the dance-floor, just as we celebrated his tormenting of defenders when helping Kilkenny to those eight All Ireland titles he helped to secure. We know that Kilkenny people will cheer him long and loud through the city’s streets and hopefully support him all the way to his first All-Ireland dancing title.”