Enjoy these selected tales from Duchas.ie 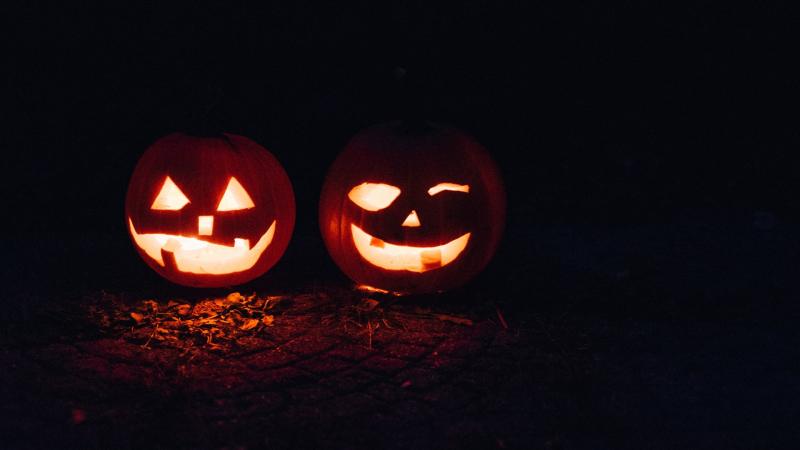 Have you ever heard these stories? Here are some tales from Kilkenny city schoolchildren told in the 1930s:

"I heard this story being told at home by my father...

One Halloween night a man named Brennan from Callan went in to Grangemockler chapel to pray. He remained praying a long time, with the result that he got tired and fell asleep. While he was asleep the chapel door was locked. The man woke up at about twelve o'clock. On the stroke of twelve a priest came out of the Sacristy and said three times: "Is there anyone there to serve Mass?" The man was too frightened to answer. When the man was let out the next morning he went and told the Parish Priest. The next night the priest and the man went in to the chapel together. At twelve o'clock the priest came out of the Sacristy and said the same words as the night before. The Parish Priest said that there was someone to serve Mass and he then went up and served it. The priest that had appeared then told them that it was a Mass he forgot to say and had to come back to say it. The priest never appeared after that."

"I heard this story at home from my mother...

There was a man named Mr. Byrne of Castlecomer going from Kilkenny to Carlow with a load of flour. When he came to this cross-roads a woman met him and asked him for a lift; he carried her. She was not long up on the car, when the horse stopped and was not able to stir. Then the woman got down off the car and told the man to meet her at the same cross-roads on the following night. The man went to the Bishop of Carlow and told his story. The Bishop went to the cross-roads with all the people of Carlow, and they met the man there. The Bishop prayed and asked the man to know was the woman coming and he answered no. The Bishop asked the man again to know was she coming and the man answered yes. The woman came in a ball of fire around the man and the Bishop bade her stop. The he asked the woman what claim had she upon this man, and she answered that she had no claim on the man. Then the Bishop banished her to the Red Sea."

"I got the following story from my grandfather, who lives with us at home...

Halloween night four years ago there was a man by the name of William Talbot passing by Saint James' graveyard in Callan when he heard a queer noise. He stopped and listened for a while. Then he heard the noise coming nearer. Mister Talbot was getting afraid and was going to run when he heard a voice telling him not to be afraid that it was a holy soul. Talbot did not wait to hear any more. He took to his heels and ran and did not stop until he got home."

"I heard the following story about Halloween night being told at home...

One Halloween night a man named Dunne of James' Green was coming home from his brother's house. It was about twelve o'clock. On his way home he had to pass by the Black Abbey Church. Suddenly he heard some noise inside and he stopped and listened. An old woman with a shawl came out of the Church and asked him who he was and where was he going at that hour of the night. With the fright that Mr. Dunne got he turned on his heel and he ran home as quickly as his feet could carry him. When he reached his own house he opened the door and who was behind the door but the same old woman. When he saw the woman he fainted. When he came all right again the old woman was gone so he went in and went to bed. When he got up in the morning he told his wife what had happened the night before. His wife reminded him that the souls in Purgatory are out that night. So he said he would not be out late another Halloween night."

"I heard the following story from my uncle at home...

One night about twelve o'clock my uncle was going home by the Patrick Street graveyard. It was pitch dark. As he was going along he was stopped but he could not see what was stopping him. He tried to force his way but he could not pass. Then he went over to the other side of the road to try and pass but he could not pass. At last he began to get frightened and he began to feel himself getting stiff. He could not move for a few minutes. Then the sweat began to come on him in big blobs. Then he got better again and he turned back the way he was after coming and had to go home another way. When he got home he fainted."

All these tales were selected from Saint Patrick's School, Kilkenny via The Schools' Collection on Duchas.ie, available in original form here.