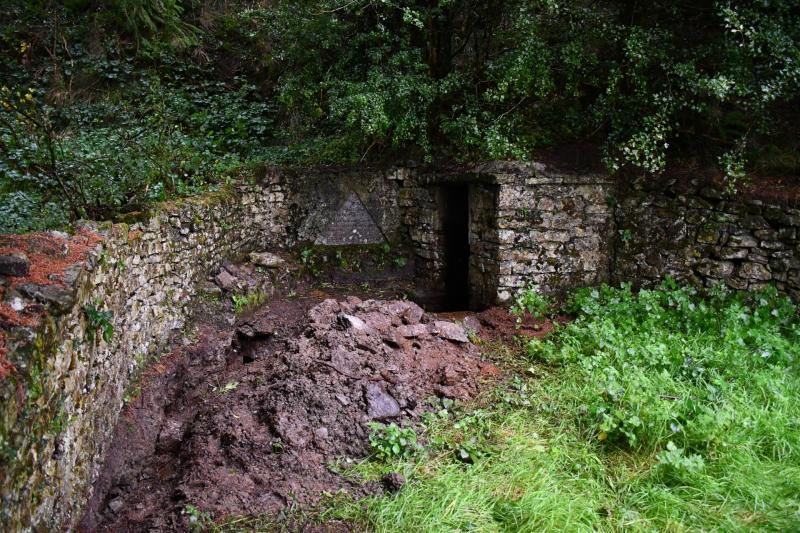 Once known near and far, from sea to sea, across borders and class divides, the healing well at Ballyspellan now stands comparatively destitute, with little to remind visitors of its once-monumental acclaim.

Pulling up to the location of this once-famous site from the road, one now only sees sprawling fields, stone walls and curious livestock.

It is almost impossible to imagine the scenes described in print articles and advertisements from the 1700s.

Take for example, the following extract from Faulkner’s Dublin Journal in 1742: “This is to give notice to all gentlemen, ladies and others who have a mind to drink at the famous Ballyspellan Spa in the County of Kilkenny that the late dwelling house which belonged to John Blackman is now put in good order, fit to entertain persons of quality. There is very good fox and hare hunting, horse racing, dancing and hurling for the pleasure of the quality at the Spa.”

I peer across the fields before me for signs of abandoned infrastructure from centuries past but a line of evergreen trees provide the only sense of definition. 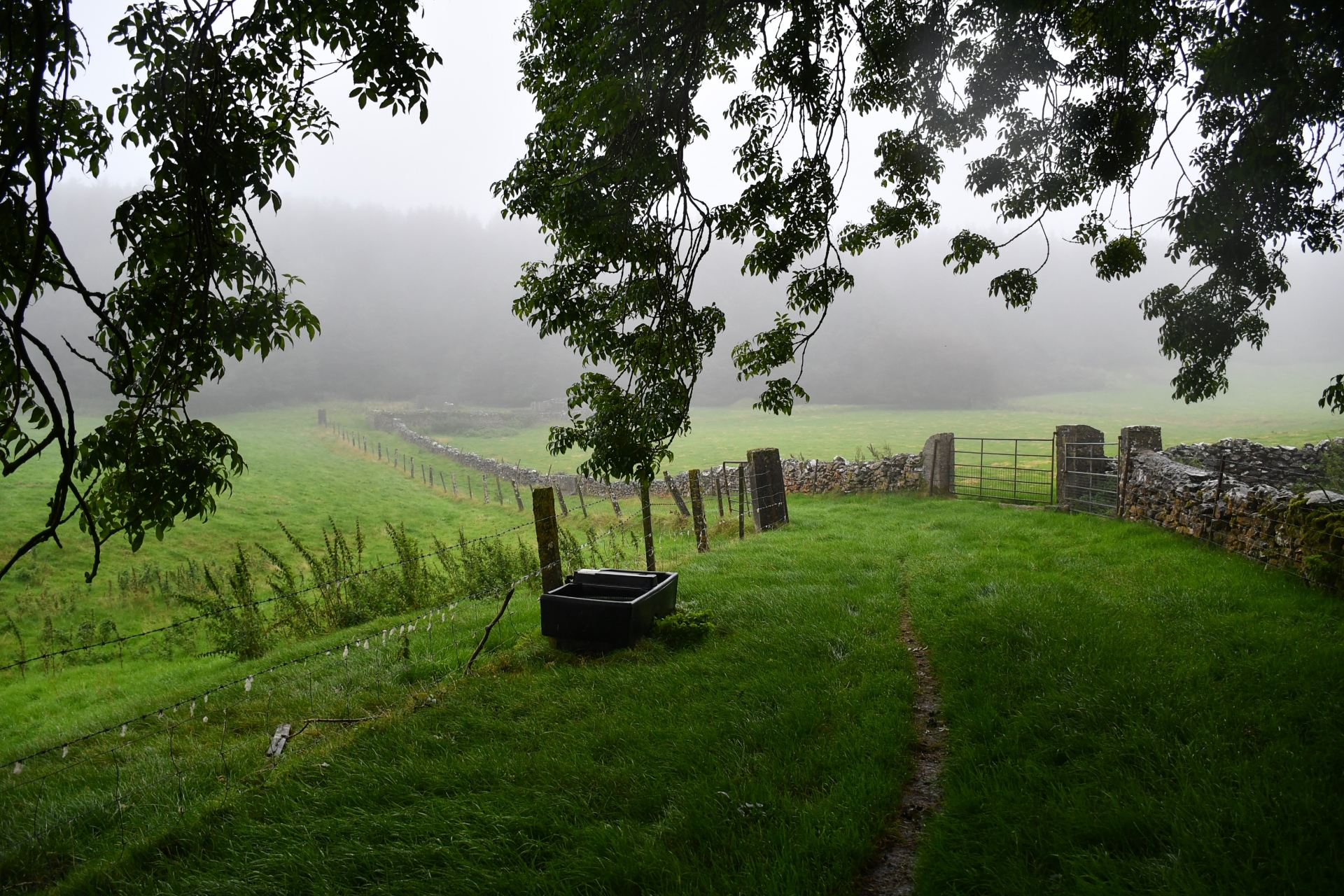 Nearby stone walls seem to be leading down to something though and by following the accompanying trail, it finally came into view.

The covered stone well house was still flowing with the water that fuelled the old spa. 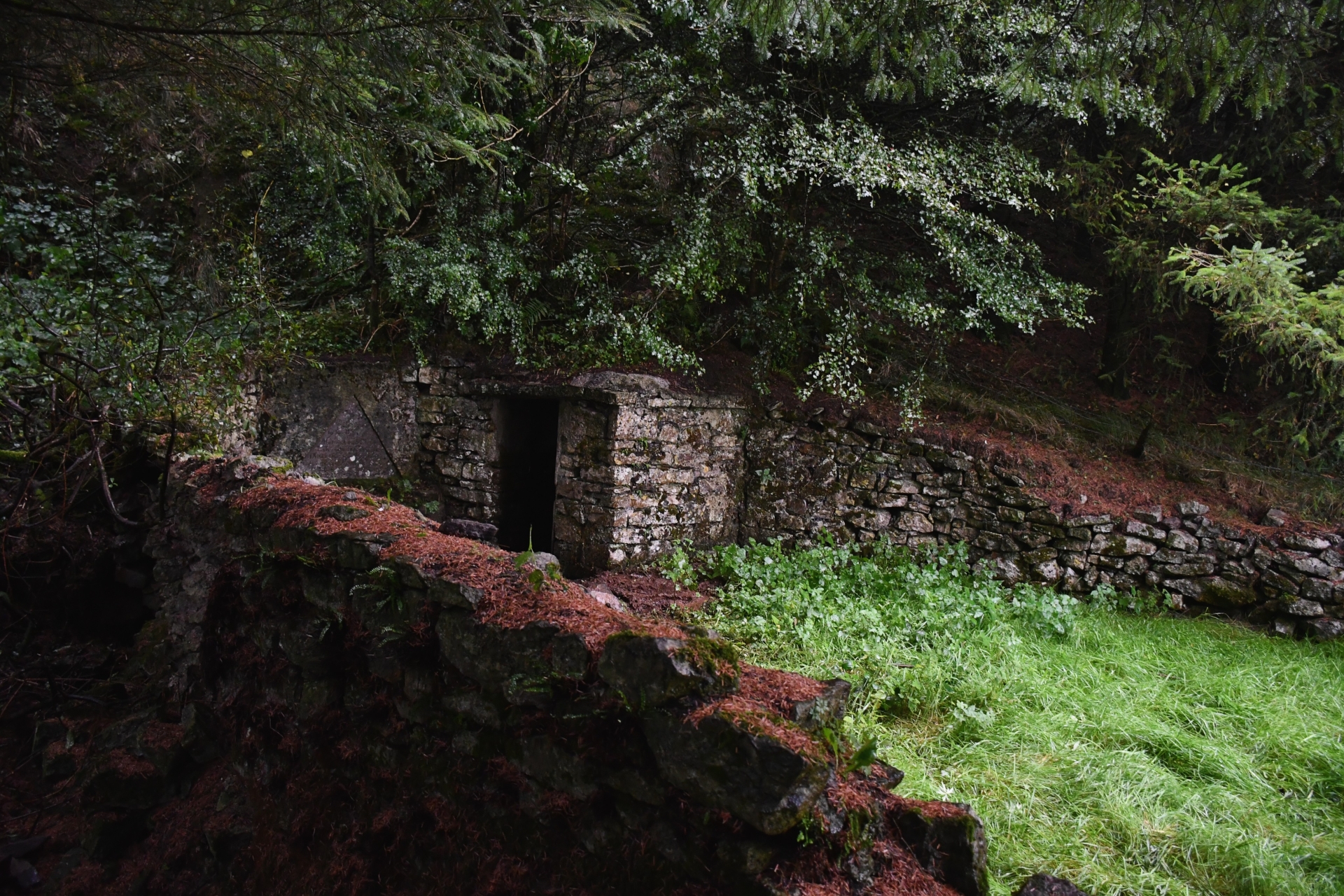 Kilkenny Archaeological Society provide a fascinating account of the cures associated with the water and its properties in their 1953 edition of the Old Kilkenny review.

In the review, Miss Leahy writes in great geographical detail about the water as well as referencing much of the folklore that existed during its heyday.

“It receives its carbonic acid gas from the limestone. This enables it to dissolve a small portion of iron in its passage. It exhibits evident signs of these two substances and very little of any other. When first taken up and held to the light it appears full of minute bubbles, which soon disappear,” Leahy writes.

“It is agreeable to drink, slightly acidulous, changes very little in temperature. The taste of iron is barely sensible in it. The spring never fails.”

The lightly carbonated nature of the water helped to fuel the tales of its magical elixir-like properties.

Looking at the well, the most striking aspect from a visual perspective is the colour of the earth around it and the stains it has left upon the stone walls, a deep rusty iron-clad red. 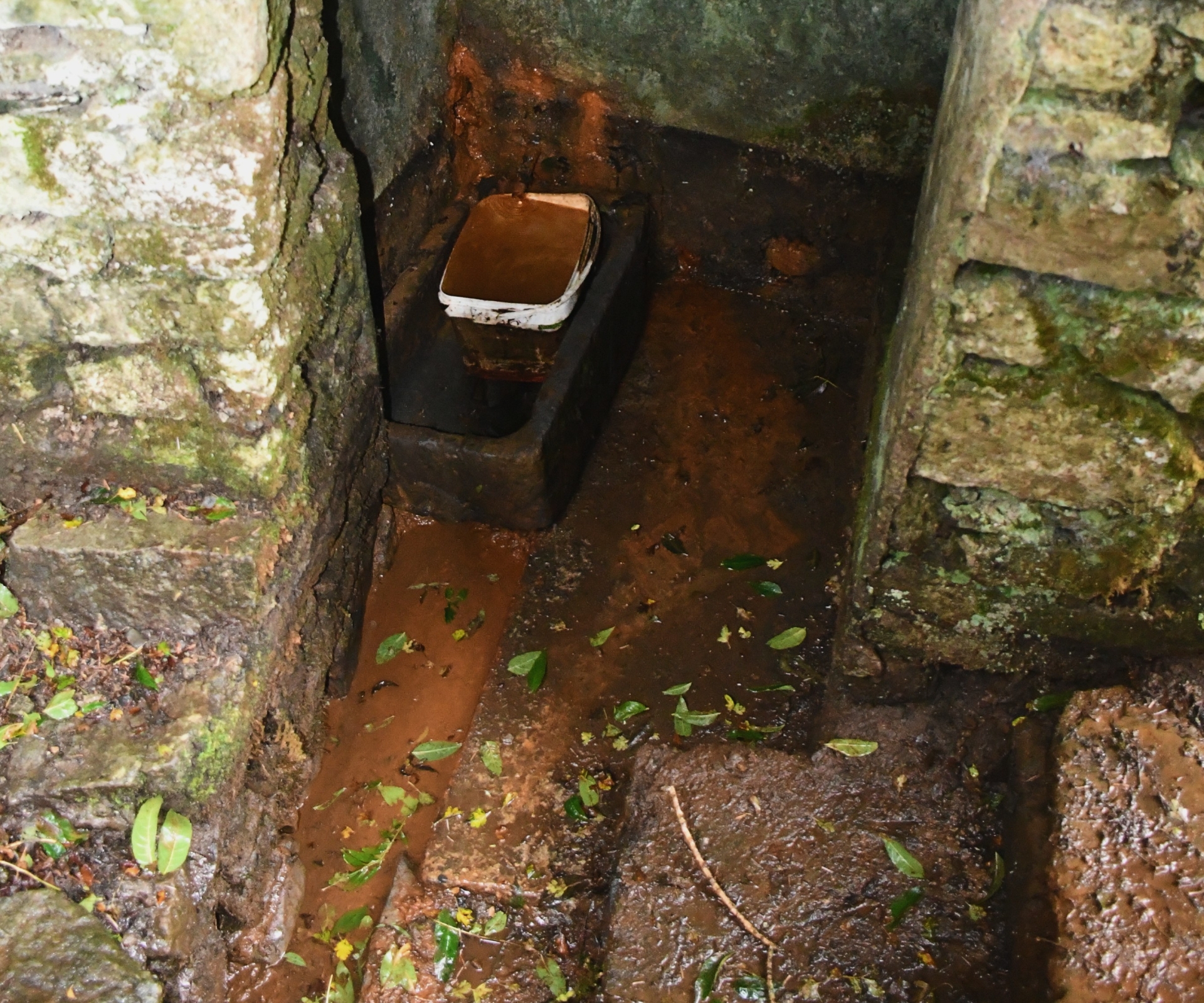 Dr Rutty, a well known writer in the late 1700s, claimed that the water from the spa cured pox, itch, boils, troubled minds and a variety of diseases from “debilitated habits of the stomach in the intestines and the lungs.

The reputation was further boosted when Thomas Sheridan and Jonathan Swift exchanged a sequence of verses on the spa in 1728.

When endorsements poured in from medical practitioners across the country in the later 1700s, patients flocked to the location in search of relief from a variety of ailments.

Most visitors to the well and spa stayed in Johnstown, only a mile or so away, and it provided great purpose to the ever-burgeoning town. 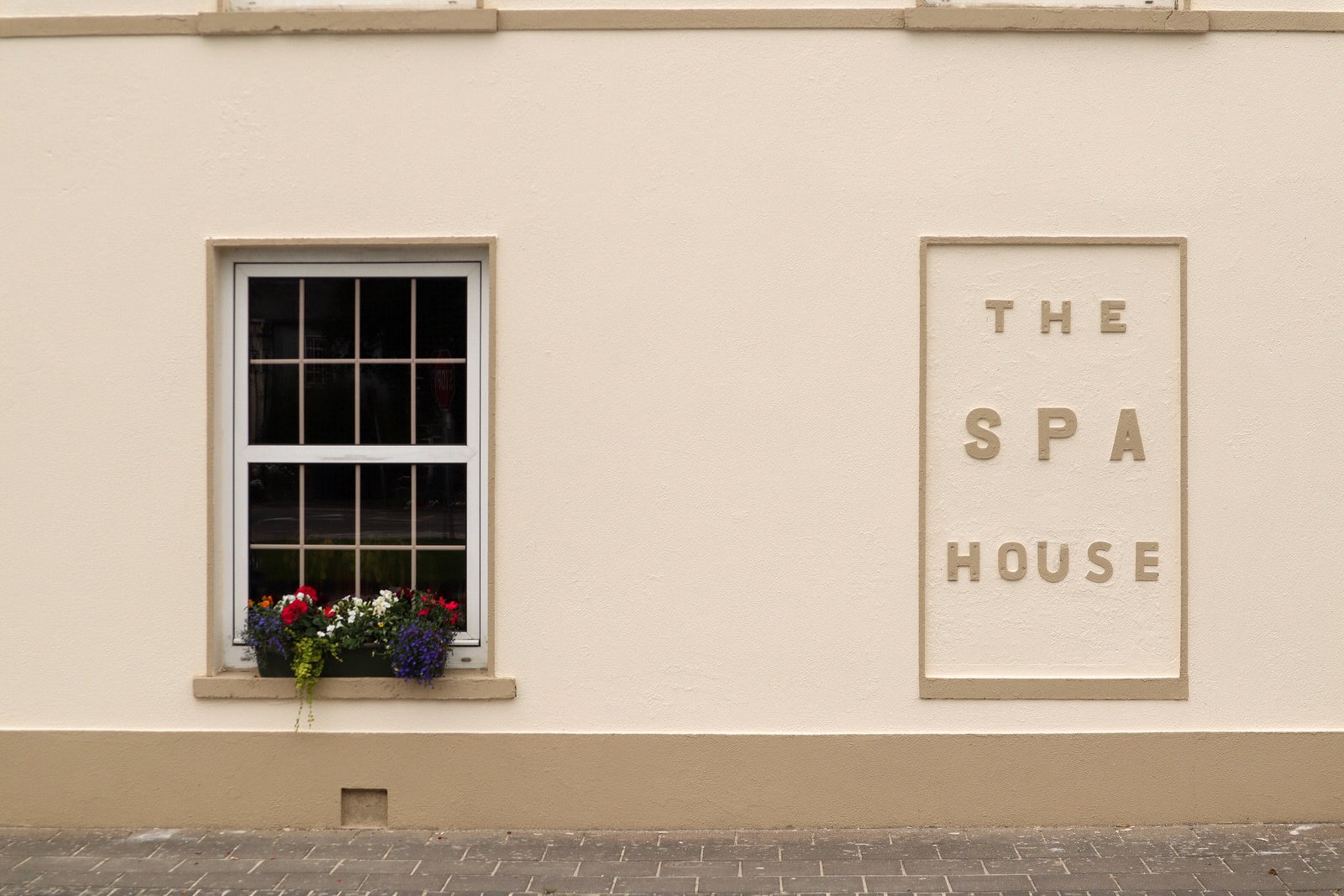 Evidence of this can still be seen with the The Spa House, built in Johnstown circa 1770, which still retains features of its past on its freshly painted facade.

Author William Carlton, best known for his ethnic sketches of the stereotypical Irishman, references Ballyspellan Spa in his novel The Evil Eye.

Despite his controversial nature, Carlton uses Ballyspellan Spa as a key setting in this novel, giving credence to the spa’s acclaim, as characters set off for Ballyspellan to heal a woman who has heard the wailing of the Banshee.

“If she is capable of bearing an easy journey we shall set out for the Spa of Ballyspellan, in the county of Kilkenny. The waters of that famous spring may prove beneficial to her. If the Banshee, then, is anxious to fulfil its mission it must follow us.”

Further on, at a dinner held in Ballyspellan, a member of the hosting party announces: “The Spa of Ballyspellan stands unrivalled for strength and flavor, and its capacity of exhilarating the animal spirits is extraordinary. You see, gentlemen, how copiously I drink it.”

Efforts were made in the middle of last century by the popular late Mr. Sharkey of Johnstown to revive the spa’s popularity given its historical significance.

Standing at the well in its current state, with all this in mind, one can’t help but feel moved by the weight of social history nourished from that trickling water.