#SHECANDO: Kilkenny native rowing her way into history by crossing the Atlantic solo 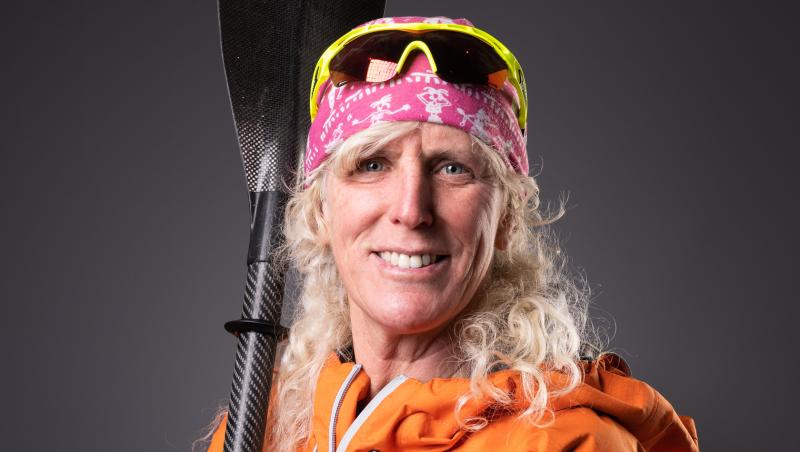 Dr Karen Weekes is a woman on a mission.

The Kilkenny native is currently holding her own in a specially-designed, one-woman vessel off the coast of West Africa.

She set off from the Canary Islands in early December on a pre-planned 3,000 mile solo expedition across the Atlantic.

If Karen completes this mission, she will be the first Irish woman ever to have done so.

Unfortunately, Karen has been held up for the last few days as she awaits calmer conditions to continue her journey.

With Karen now battling on the high seas, the Kilkenny People caught up with Logistics Manager Maeve Kelly to discuss how the mission is progressing.

“It’s a bit too dodgy for her to be rowing at the moment so she has put out a para anchor, effectively a parachute in the water,” Maeve explains.

“This will slow her down because she’s dealing with some nasty, sloppy seas at the moment and some quite heavy winds.”

Karen named her boat ‘Millie’ after her late and dearly missed mother, Mildred Weekes. She described her mother as a ‘very positive person’ in previous interviews and stated that she felt it would be nice to carry her positive energy with her on her latest mission.

Millie is a very high-tech boat, Maeve emphasises, ‘but Karen still has to be very careful and always make good decisions’.

“The boat is designed to have a good tailwind coming at it to aid her rowing but if winds come in sideways or if there’s a strong headwind it can make the boat unstable and incredibly energy-sapping to row.”

Fortunately, endurance exploits have been a passion for Karen for all her life and this has included both water and land-based journeys. 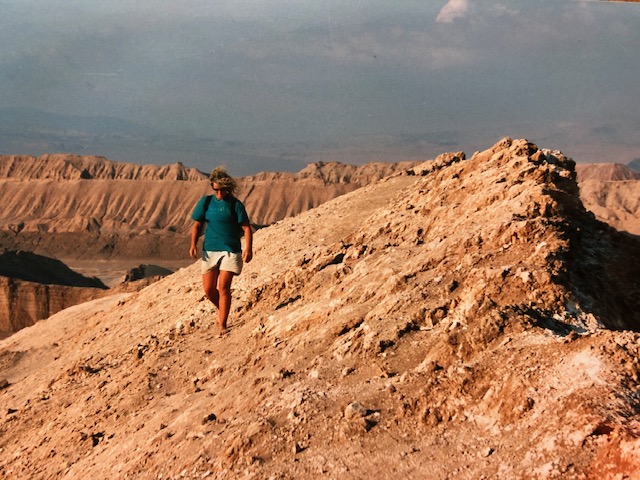 She has already scaled Kilimanjaro, made it to base camp and advanced base camp on Mount Everest and K-2, cycled 6442 kilometre solo across Canada and sailed from the Azores back to Ireland, among countless other feats!

Over the years, Karen has helped countless elite athletes up their mental and physical endurance game.

She also has a PhD in sports psychology and lectures at the Munster Technological University.

It is Karen herself being put to the ultimate test now. So how is she coping?

“Mentally she’s in top form. Physically as well! We are luckily able to keep in daily contact with her thanks to satellite data,” Maeve says.

When it comes to logistics for a three month rowing marathon on such a small craft, one wonders where Karen stores 90 days’ worth of food supplies.

“There are lots of compartments spread quite evenly throughout the boat containing food packages that’ll last Karen for the duration of the trip,” Maeve continues.

“It’s dehydrated food though, not too far off from the type of food that astronauts would eat. If Karen wants to eat she can open up a pack, add boiling water and the food will rehydrate itself.”

“For water, she has a machine that converts seawater to drinking water via reverse osmosis. It’s incredibly useful!”

The Atlantic Ocean is such a vast space but it is also an incredibly busy shipping route. Huge cargo vessels often pass close to Karen’s vessel.

“Word has it that Karen has a great time chatting to the captains of these huge cargo vessels over her VHF radio. I think she’s nearly on first name terms with them all already,” Maeve jests. 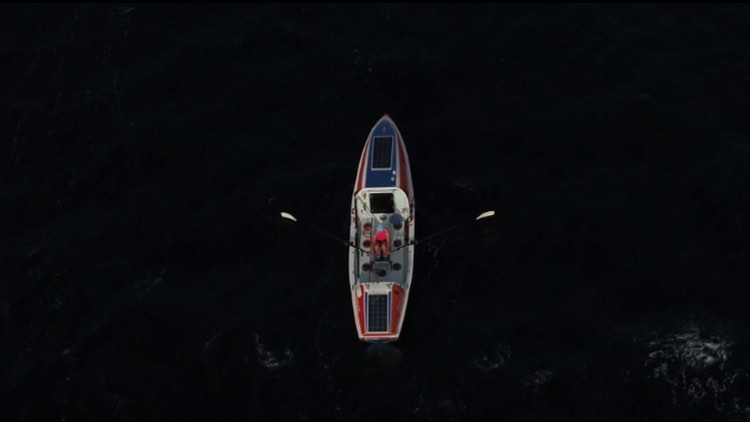 For many adventurers that attempt to cross the Atlantic though, the fear of having your vessel damaged by a passing liner getting too close for comfort is very real.

Luckily for Karen, the only vessel that got within shouting distance of her was well aware of her position, and there’s a tale to tell there.

Before setting out to sea Karen accepted that her birthday would be spent in solitude — or so it seemed!

“On December 30, however, the day of her birthday, she spotted this sailing boat in the distance coming towards her.

“It seemed to be getting closer and closer so she put on her GoPro camera to catch a bit of footage of it.

“As she was filming this boat she was rowing at the same time and one of the oars hit something. She looked to see what it could possibly be and what do you think she saw? Only a hammerhead shark!”

That’s not even where this story ends…

“After recovering from the shock of hitting this shark, the boat in the distance still seemed to be drawing ever closer. It eventually got to a point when Karen was able to chat to the passengers via VHF radio.”

The crew told Karen that they were German and that they had come to wish her a happy birthday and continued success on her mission.

“They also told Karen that they had baked a cake for her so they put it into a sealed waterproof bag filled with air and floated it over to her!”

In her most recent video update, she is still smiling wide and showcasing her sense of humour as she introduces two fatigued storm petrels that landed on her vessel a few nights ago.

Storm petrels are the smallest of all the seabirds and were given their name in reference to their habit of hiding in the lee of ships during storms.

The spirit of human kindness and teamwork has shone through many of Karen’s pursuits up to this point but through all her years of adventuring one question kept popping up - why are there so few women doing this compared to men?

In a bid to address this, Karen launched the #SHECANDO2021 campaign in conjunction with her current mission.

The #SHECANDO2021 campaign aims to provide a platform for encouraging women, and girls, to push themselves outside their current comfort zone and to believe in their abilities to succeed both in their work and everyday lives.

In addition, the #SHECANDO2021 ethos aims to bring more females into the realm of adventure sports.

#SHECANDO2021 is a statement that anything is possible when you have self-belief, determination, strategic planning and the setting of progressive goals.

Further to that, Karen is using the mission as an opportunity to raise awareness of UN Sustainable Development Goals, specifically those around gender equality and ocean conservation and sustainability.

You can show support for the #SHECANDO2021 campaign by donating to a recently set up GoFundMe page at the bottom of the ‘shecando2021.org’ homepage.

The GoFundMe was set up to cover the costs associated with Karen’s mission but now all money raised will be donated to charitable organisations Laura Lynn and the RNLI.

Karen cannot respond to social media messages or emails at the moment due to data restrictions but she can receive them and is actively reading them.

If you’d like to send your support to Karen, you can do so by emailing ‘shecando2021@gmail.com’.

For those interested in knowing where exactly Karen is now, there is a live GPS tracker on her website, ‘shecando2021.org’.

Karen and her team would like to thank all the sponsors including Hanley Energy, Somex Automation, Munster Technological University, Kinvara Natural Skincare, Rowing Ireland, Jim McKee, Collin’s Campers and many more for helping to make this mission possible.

It is hoped that, all going well and according to plan, Karen will make history and reach Barbados in mid-February.