A tribute to the 'form', an item of furniture steeped in local tradition - Kilkenny Live 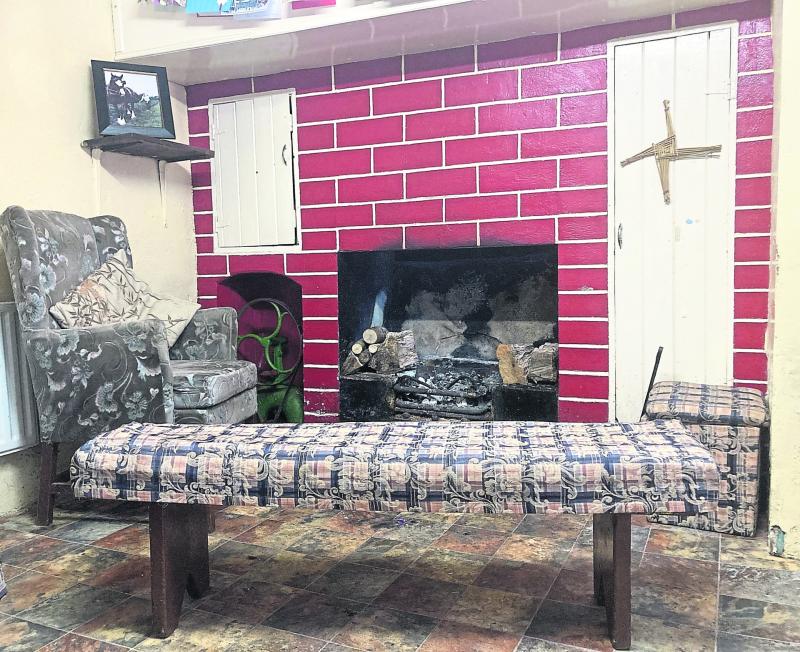 A 'form' in use in a traditional setting

A throw away phrase, ‘to use a form’ has opened a brand new conversation.

The reaction to the commonly used word for a long bench now draws almost a complete blank.

Generally custom-made by the local handyman or carpenter, it was the universal 'form' of flexible seating and was used in schools, halls and houses before large rooms and stackable chairs became a way of life.

Michael Collins' centenary to be marked by Kilkenny County Council

Coming in slightly different heights, widths and lengths it was usually tucked away by the wall or placed under the kitchen table.

Strongly built, it was safer that the crooked chair or the three legged stool that was the seating choice for milking in the farmyard and only caused concern when all of the occupants quickly vacated one end, creating a see-saw event.

Some forms kept the traditional wooden look whilst others got a new lick of paint every time the house was painted. Even though they could not speak of life’s happenings, when chipped they gave the history of its colour shades.

Like a church seat, without the kneeler or back support, that was often provided by the wall, the basic binse was used to seat three to six garsúns or adults and gained the comforts of a cushion in more recent times.

From the era of smaller houses its flexibility, as the adults used the chairs was rivalled by the settle bed that provided the additional seating when required.

Used worldwide as benches in schools before community centres and halls became prevalent they were borrowed from neighbours to seat up to thirty workers for an outdoor dinner at threshing’s along with for important occasions like the day and night of wakes and the Stations Mass.

Providing an elbow support for the rosary and trimmings, flat cap wearers on one or two knees used the headgear or the daily paper to take the hardness out of the concrete or slate floor.

In times gone by houses that had one, were well used to the call ‘pull out the form’ for meals or when visitors arrived often for a session or a game of cards.

Their peak use was in schools before sophisticated school benches with writing desks provided places to hold some books pencils and an ink well.

Now, either fairly heirlooms or moved out to the shed, a quick survey has found forms are still recalled and in use from Crosmalina in Mayo to Ballynacally in Clare and across the South-East.

While the word ‘form’ has slipped in modern day usage the longest forms or benches in high profile use, appear in Nowlan and Croke Park for matchday team photos.