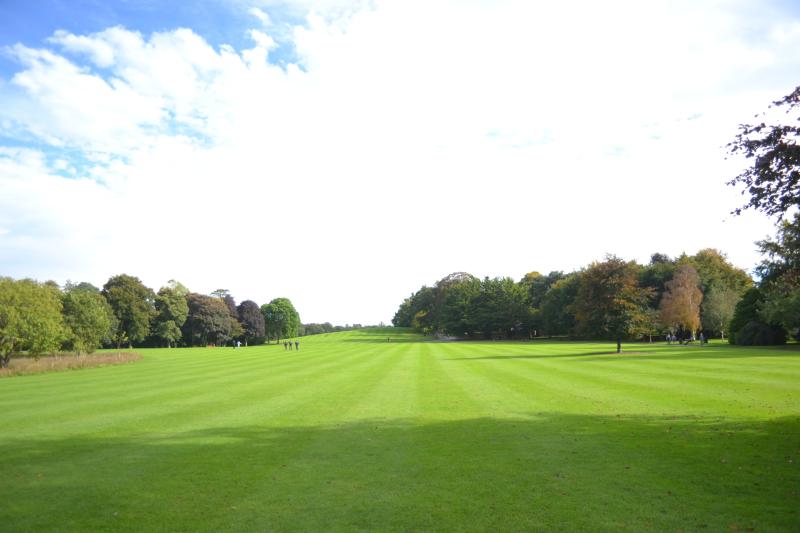 I was listening to a woman on the radio the other day. She had an one hundred year old aspidistra – also known unkindly as mother-in-law’s-tongue, and more generously as the cast iron plant. She inherited it from her grand mother.
She had a tiny flat and the monster plant was squeezing her out and generally making life difficult. I had visions of her daily clamberings over and by its tall sword-like leaves as they spread ever further out into her little home. In desperation, she needed to find a place for it to live. Being emotionally attached to the huge thing however, she could not bring herself to just throw it out.
I was extremely glad to hear that. Aspidistra elatior, as it is properly called, is something of a special plant. A Chinese native, it became hugely popular in Victorian times, as unlike many other tropical plants, brought in to decorate the new middle class’s homes, it was found to have a great tolerance for polluted air. The choking smog- and smoke-filled atmosphere that every town and city in the nineteenth century suffered from to a greater or lesser degree, had no effect on the leathery-leafed foliage plant. It grew cheerfully through the gloom.
Neither did the dark interiors that the Victorians were so fond of hinder its growth. It is actually happier in shade and tends to do badly in direct sunlight.
Next in line of its list of super powers, is that it not only does not dislike wind or draughts, it actually thrives in a draughty corner. So it could even be left out in the archetypal miserable, draughty Victorian hallway and continue to grow. No wonder they loved it, it took in their horrible acrid air and released oxygen in return.
For these reasons it is special. Unfortunately for these reasons, it has a reputation at an old fashioned stuffy plant. The cheek of that! A force for good, it was lumped in with the pollution that it spent its time clearing up. It is a plant that deserves more.

It is also special in that it is a very slow grower. Aspidistra only puts up about two or three new leaves each year, even at its happiest.
So, if Radio Woman’s plant was as huge as she claimed, it is quite likely that it is indeed coming up to its receiving a telegram and E100 cheque from Mr Higgins.

That slow growth rate is the chief reason for its not being often seen in garden centres. It takes a long time to achieve a plant that looks big enough to be put on the shop shelf, and that slow growth makes it an expensive plant to grow and therefore to sell.
So, Mrs Radio has a great big plant, she should have no problem in finding a home for it . She could probably even sell it. She could also take it out of its pot and – perhaps with the help of a friend, divide it up into lots of small aspidistras to share with gardening pals.
Dividing up and sharing around the big plant, while keeping a decent size off-cut for herself will ensure that she will both get rid of the overgrown monster and still have her grand mothers plant as a memory plant - a smaller, more manageable version of it.

She can then enjoy and bring the plant along for another twenty or thirty years and on into the future, as it moves towards an even greater and more venerable age. It will be a long time before it becomes too big again.

There is something special about old plants and the memories they carry with them. The reason I was taken by the woman’s call was that I have a thirty year old aspidistra, given to me as a little stick by a special friend. It will always remind me of them. Even now, it only takes up a pot of 35 cms in diameter. It is a bit tight in the pot now and needs to be repotted. Aspidistra has one dislike apart from strong sun, and that is too frequent disturbance and repotting. I think its three decades in the same pot followed by one imminent move, should not prove too harrowing an experience for the plant. I will certainly need the help of someone to help me pull it from its pot. I will also have the dogs own trouble pulling it apart into clumps of two and three leave attached to a decent bit of root. But it is worth the job. All those little thirty year olds could enjoy long and fruitful lives sitting in peoples draughty halls and back rooms, adding a bit of the tropics to cold Irish homes. Given a few summer months out in a shady spot of the garden, they will then romp along, enjoying the rain on their leaves. Even aspidistras deserve summer holiday.