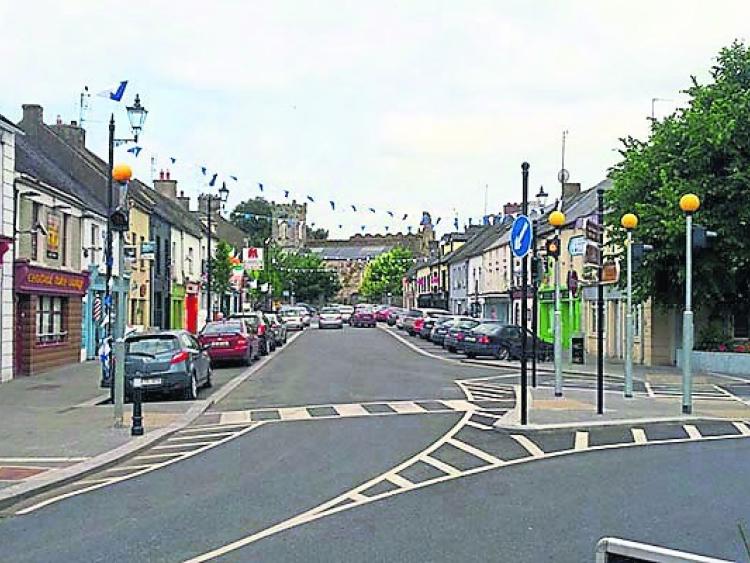 Changes to traffic routes, bus stops, paths and bicycle lanes have been proposed in a comprehensive report which hopes to improve how people get around Thomastown.

Consultants were brought in to prepare the report, and it includes suggestions for short and long term changes - but as was stressed at the meeting these suggestions are a set of objectives to aim for and will be looked at on a project-by-project basis.
Roadplan Consulting were brought in to carry out the report and at the municipal district meeting senior engineer with the company MJ Walsh explained their proposals.

Mr Walsh said the aims of the report, and it’s suggestions, are to improve the mobility of pedestrians, cyclists and vehicles around Thomastown; increase footpaths and cycle ways; increase safety for all modes of transport; reduce congestion; and improve parking.

Double-Edged Sword
Thomastown, he said, is at the heart of the regional road network, this is a great network but it is a double-edged sword because the town attracts a lot of traffic.
Parking is in high demand in the town centre and there is a high turnover, he added, but there is a fall-off in demand just two or three minutes walk away.

Thomastown has high pedestrian footfall but cycling is almost non existent, Mr Walsh told the meeting. This is reflective of the roads infrastructure and the lack of a cycle way. A survey carried out by the consultants showed 30% of pupils walk to school but only 2% cycle.

The suggestions in the plan were influenced by local, county and national plans, Mr Walsh added. This included the Thomastown Age Friendly plan, Kilkenny County Council’s development plan and Project Ireland 2040, among others.

Some of the suggested actions have already started - like the footpath along the Dublin Road. The plan calls for more footpaths - linking the School of Food to the town centre and along Ladyswell Street to encourage walking to school.

Other suggestions in the plan include upgrading the existing Belfry pedestrian/ cycle route between Chapel Lane and Maudlin Court; reopening Chapel Lane to one-way traffic, but not heavy goods vehicles; making a comprehensive schools traffic management plan; constructing two new bus stops on the Waterford Road and on the Inistioge Road and removing the bus stop on Market Street; new signage detailing all parking facilities; improving the Quay car park.

Mr Walsh said they will now meet with key stakeholders in the town for their suggestions and feedback.

Director of Services Mary Mulholland said the report is a set of objectives with desirable outcomes, some of which are achievable by the local authority and others on private property. As the opportunities to do these projects present themselves there will be consultation on a project by project basis, she said. “Just incase people would think everything in this is going to happen, it’s a framework and something to aim for.”

Mr Walsh said that was a good point and that it can be used to inform local planning.