20 amazing facts about Christmas that everyone should know 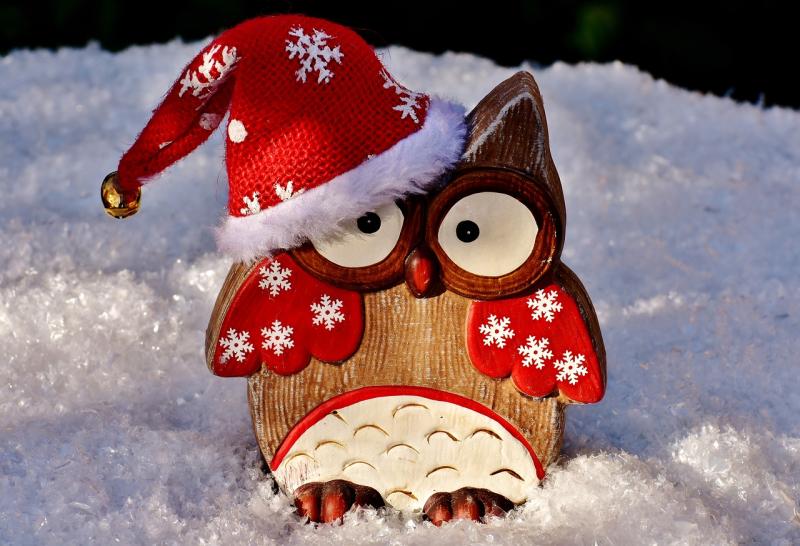 Here are 20 fun Christmas facts we bet you never knew about the festive season!

Christmas lights aren't a modern creation, they were invented in 1882 by Edward Johnson.

There is actually no mention in the bible that three Kings visited Jesus following his birth. The Bible actually refers to wise men (Magi) who travelled to  see him - there is also no reference to there being three wise men, the Bible only refers to their visit, not their number.

Although the exact date of Jesus' birth is unknown it is estimated to have been between 7 BC and 2 BC. The date of December 25th was chosen in the 4th century.

The tradition of hanging stockings comes from a Dutch custom. They would leave shoes full of food for St. Nicolas' donkeys and St. Nicholas would then leave small gifts in return.

5. The best selling Christmas song is...

The best-selling Christmas song ever is White Christmas by Bing Crosby. It has sold more than 50 million copies around the world.

6. Where does the word Christmas come from?

The word Christmas originates from the words Christ's Mass. In old English (first recorded in 1038) it was referred to as Cristesmæsse, which literally means 'Christian Mass'.

Rudolph, the most famous of Santa's reindeer came to life as part of a commercial promotion. His first appearance was in a story written in 1939 by ad copywriter Robert L. May that was published in a Montgomery Ward department store promotional booklet given out to children visiting Santa. It is worth noting that Rollo and Reginald were both names first considered for the red-nosed reindeer.... they don't really have quite the same ring to them!

8. The connection between toilet brushes and Christmas trees

One of the first commercially sold artificial Christmas trees was made from toilet brushes - I kid you not. The oldest fake trees date back to 1886 in London and were made out of green twine. Other varieties were made in the latter part of the 19th century in Germany and used tabletop feathers from geese that were dyed pine-green. Then the Addis Brush Company used their toilet brush weaving machinery to create pine-like branches for their fake Christmas trees. They were less flammable and held heavier decorations.

That is the number of Christmas trees grown each year in Europe.

Iceland has 13 Santas or "Yuletide Lads" who either leave presents or pull pranks for children during the 26 day holiday season as a reward or punishment for their behavior.

Santa Claus has worn blue, white and green in the past. His traditional red suit came from a 1930s Coca Cola advertisement and it has since spread worldwide.

“Silent Night” is the most recorded Christmas song in history, with over 733 different versions copyrighted since 1978.

13. Turning the tide on terrorism

In 2010 during the Christmas season, the Colombian government decorated jungle trees with lights. The trees lit up when the guerrillas (terrorists) walked by and banners appeared asking them to surrender their arms. The campaign convinced 331 guerillas to re-enter society and also won an award for strategic marketing excellence.

In Dublin in 1742 the Christmas oratorio, “The Messiah”, by George Frederick Handle was first performed.

The Christmas wreath was originally hung as a symbol of Jesus. The holly represents his crown of thorns and the red berries the blood he shed.

In Greece, Italy, Spain and Germany workers are guaranteed a Christmas bonus of one month's salary under the law.

Despite some claims the use of the shortened word Xmas isn't disrespectful, the letter X is actually a Greek abbreviation for Christ.

18. The environmental benefits of fake trees

You would have to use your artificial tree for more than 20 years for it to be ‘greener’ than buying a fresh-cut tree annually.

19. Jingle Bells is a Thanksgiving song

‘Jingle Bells’ – the popular Christmas song was composed by James Pierpont in Massachusetts, America. It was, however, written for thanksgiving and not Christmas. Interestingly enough it was the first song Christmas song sung in space with astronauts Tom Stafford and Wally Schirra warbling it during a broadcast on December 16, 1965.

Japanese spend their Christmas Eve eating in KFCs. This is a popular tradition in Japan so much that customers have to book their seats 2 months in advance. Every Christmas season an estimated 3.6 million Japanese families treat themselves to fried chicken from the American fast-food chain, in what has become a nationwide tradition. In Japan, around 1% of the population is Christian so Christmas isn’t an official holiday.