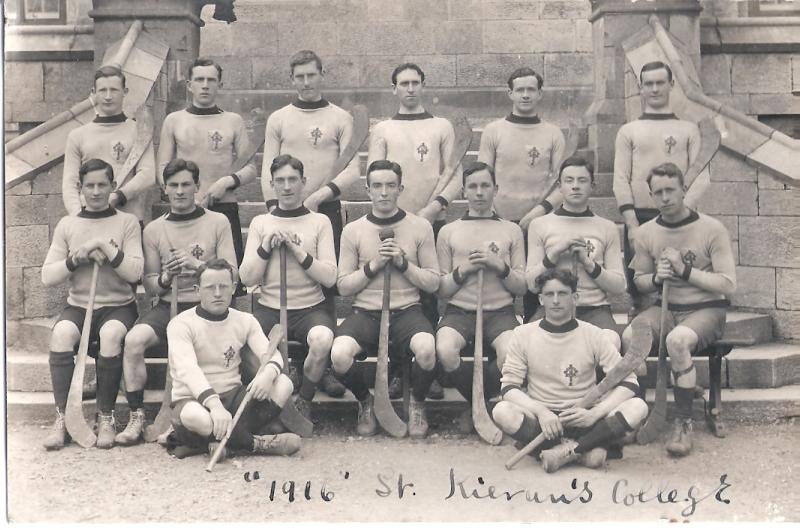 Justin McCarthy, nephew of Wiliam 'Sonny' McCarthy, an Irish Volunteers member executed by British Crown Forces in Tralee in 1921, is seeking your assistance.

Sonny McCarthy, whose centenary was commemorated this year in Lixnaw, County Kerry, featured on the 1916 Saint Kieran's College hurling team.

Nephew Justin has gone to great lengths to acquire information about the squad in a bid to piece together all aspects of his uncle's short but storied life.

St Kieran's College, the GAA Museum in Croke Park and Kilkenny Library have already been contacted as part of Justin's research.

He now believes that he has most of the names of the team - but gaps remain.

"My motivation in is to circulate the team photo and names with a view to making it available to the families of the other team members in Co. Kilkenny," Justin said.

"Such relatives may also be in a position to verify the identities of the players concerned."

Looking at the picture if we go left to right from Back Row (Standing) to Front Row (Seated) and finish with the Front Two players (not seated) the following names have been acquired:

Mr. Willie Meagher suggests than No.4 may be Larry Kett and No.5 is possibly Clareman Jim Quinn.

Can you help confirm these names? Or fill in any blanks?

Send any information to "news@kilkennypeople.ie".