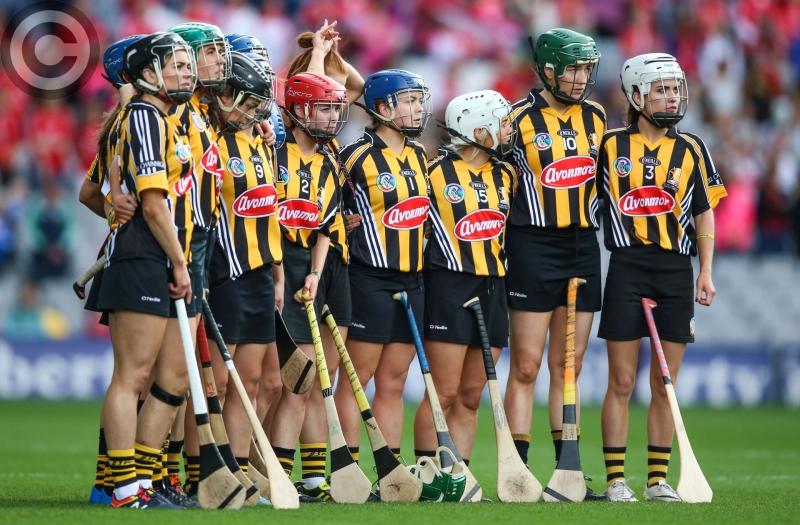 Wexford handed Kilkenny their first defeat in almost a year at the weekend.

First half goals from Nicole Fortune and Brid Gordon laid the foundation as Wexford inflicted a first defeat since last April on Littlewoods Ireland Camogie League Division One and All-Ireland champions Kilkenny.

Linda Bolger added nine points at the Naomh Éanna ground in Gorey as the home side beat the Cats by 2-11 to 0-9.

Kilkenny started well, with Michelle Quilty opening the scoring for the Noresiders. While Fortune kicked the sliotar to the net for Wexford, Ann Downey's side shot four points without reply to ease ahead. Bolger steadied the ship with a brace of points though and when Gordon struck, Wexford had a lead they never looked like giving up.

They led by 2-4 to 0-7 at the interval and Kilkenny could make no inroads in the latter period, managing just two points as the Wexford defence in which Ciara Storey excelled once again held firm, while Bolger split the posts regularly to cement the victory.

Beth Carton lit up Parnells GAA in Coolock with a wonderful display of shooting, the UL first year also providing nine points including the last four as Waterford beat Dublin 0-11 to 0-7.

Eva Marie Elliott received her marching orders late on but the Déise girls were on top by that stage and Carton made full use of the placed-ball opportunities presented to her to secure the prized success.

Seven of Carton’s tally came from frees, which is bound to irritate Dublin boss David Herity, but there had been nothing between the sides until Waterford made that decisive burst.

They were level four times once the hosts recovered from an early deficit, Ali Maguire’s opener being replied to by four Carton white flags. Maguire (who finished with 0-5), Miriam Twomey and Siobhán Kehoe gave Dublin the lead once more but it was nip and tuck from there until the final 10 minutes, when Waterford found another gear.

The other Group One game between Tipperary and Cork was postponed as the pitch at The Ragg was deemed unplayable.

In Group Two, Galway came away from Birr with a 1-11 to 1-4 win. Much of the action came in the first quarter, with Galway getting the scoring under way thanks to Catherine Finnerty, making her first start since the 2015 All-Ireland final, and Niamh Kilkenny.

Arlene Watkins was fouled for Siobhán Flannery’s pointed free at the other end and it was the threatening Watkins who forced a subsequent penalty, but Flannery’s shot was repelled by Sarah Dervan.

Galway’s lead was four when Offaly got a second penalty and this time Michaela Morkan stepped up to rocket a shot to the roof of the net. Ailish O’Reilly was Galway’s top scorer with five points but she was noticeable in general play too, setting up Aoife Donohue for the westerners’ major to put them 1-7 to 1-2 ahead at the break.

O’Reilly and Noreen Coen nabbed points early in the second half and the game fizzled out from there, with Offaly’s cause not helped by the sending off of Patrice Delaney for a second yellow-card offence at the three-quarter mark.

Chloe Morey was in red-hot form for Clare, taking the top tier’s scoring honours when contributing 1-12 in the Bannerwomen’s 2-14 to 1-9 defeat of Meath. Niamh O’Dea scored the other goal and that was enough to resist the Royals, who had Jane Dolan (1-2) and Aoife Minogue (0-4) contributing most.