Back on the scene, Bergin is ready to make his Mark on 2017 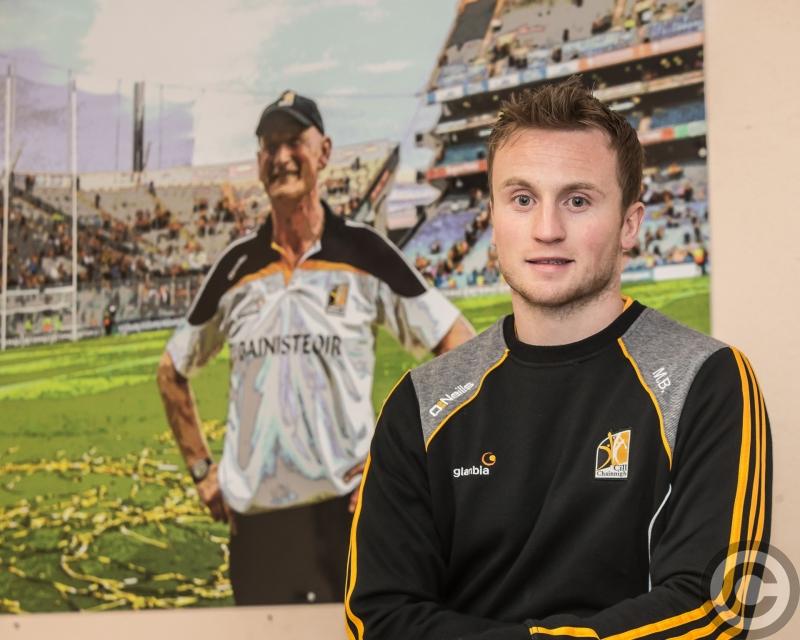 Surgery meant a delayed start to 2017, but Kilkenny captain Mark Bergin is ready to answer the call against Cork. Photo: Photo Moore

He’s had a slower start to 2017 than he would have liked, but Mark Bergin is ready to get up and running again.
The O’Loughlin Gaels man is relishing the chance to swing into action when the Cats resume their National Hurling League campaign this weekend at home to Cork.
And, should he play, captain Bergin will be the one to lead the black and amber army out into battle. Typical of the man, he’s taking it in his stride.
“It’s a huge honour, and a privilege, but that more off the field than on it,” Bergin said of the captaincy. “When you’re playing it’s the same process as for any other player, the only difference being that if I’m lucky enough to be playing I go up for the toss before the game. Every other part of the process is the same - your preparation and what goes on during the game.
“I haven’t really thought about being captain or what it brings,” he added. “I’m just really looking forward to going out and enjoying my hurling as I have for the past few years.”
Bergin’s start to the 2017 season was delayed through injury. That additional layoff means he is itching to get back into action with even greater urgency.
“I damaged ankle ligaments in the Oulart the Ballagh game while playing in the Leinster championship for my club O’Loughlin Gaels,” he said. “I didn’t realise the severity of the injury for a while but it turned out I needed a bit of surgery to get it repaired. I was in a boot for three weeks and then went back doing a small bit of training, so the first two League games came a little too quickly for me.”
There’s never a good time to get an injury, but with O’Loughlin’s going out of the provincial championship the break afforded Bergin time to get his body right.
“It’s important that you get these things sorted at the start of the year before the real championship training starts,” he said. “Still, you’re looking on and watching the other lads train and while you’re going to gym sessions and going to the games you’re not playing - that’s hard to do.
“It’d be wrong for me to say that I was thrilled,” he said with a wry smile. “I’m not a good patient, as I find it very hard to watch games. I’m just looking forward to getting back playing. That’s why you play the game - to enjoy it.”
Still, that frustration shows that Bergin is keen to get into the thick of things, and quickly.
“I think it’s a good sign that I’ve been frustrated watching from the sidelines,” he agreed. “It’s a sign that I want to be part of the Kilkenny set-up, to be part of the scene.
“Being out there on the pitch is one of the greatest buzzes you can have, whether it’s at home or travelling away to games in different parts of the country. It’s an unbelievable experience, one that I want to get back to as quickly as I can.”
Given the year he had in 2016 it’s no surprise that Bergin wants to get back in action without delay.
“From a personal point of view it was a great year,” he said, recalling a 2016 campaign where his performances with O’Loughlin Gaels earned him a place in the senior inter-county squad. “It was good to get back to enjoying my hurling. The club performances went well, so I was delighted when Brian (Cody, manager) gave me a call and asked if I could add anything to the senior set-up.
“I was under no illusions coming in,” he said. “It was going to be a serious test - it is every year, whether you’re on the panel two years or 12. Being part of any county set-up is a big test. After that, winning the county championship with my club was really nice. We worked hard for it, so it gave us a good ending to the year.”
Bergin’s top class performances helped O’Loughlin Gaels light up the senior hurling league early last year. Brian Cody certainly paid attention, opening the door for the player to return to the senior set-up having been off it for a few years.
He may have been on the outside for a few seasons, but Bergin didn’t let it get to him.
“If I had thought too much about it when I was let go in 2012 then it would have affected me,” he said. “I wanted to get back to enjoying my hurling.
“It was a privilege to win an All-Ireland in 2012; I realised I was lucky to be in a position many people in Kilkenny would have given their right arm for.” 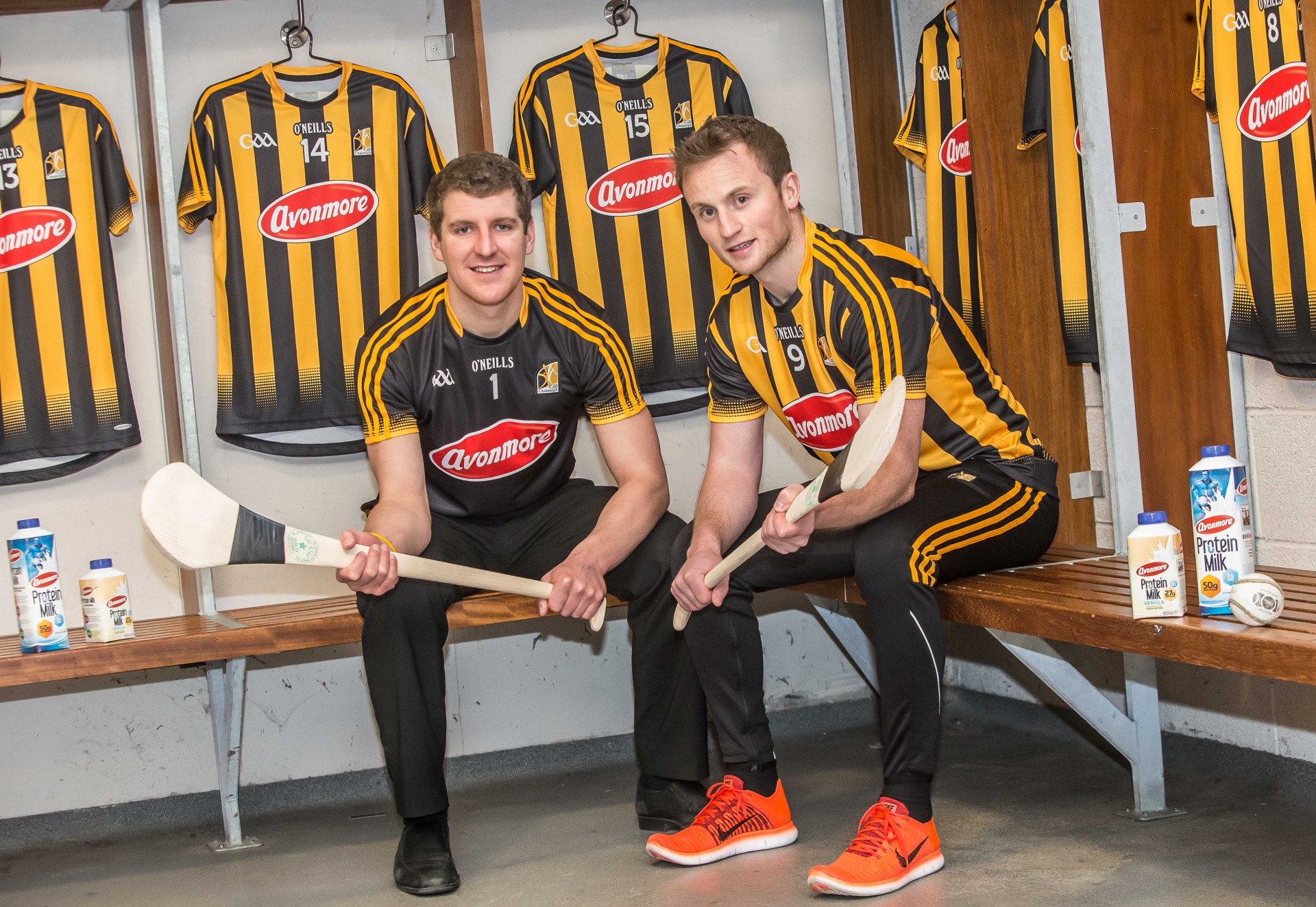 That time away from the senior panel gave Bergin time to focus on his own game.
“I wasn’t thinking about the future, just taking it game by game, training session by training session with the club,” he said. “Now it’s great to be back, but I’m under no illusions as to how serious the challenge is, both personally and collectively for Kilkenny. It’s going to take an awful lot of work, but it’s a challenge we’re looking forward to for the year.”
Hard work is a constant for the Cats, something Bergin reckons has been key to their past glories.
“I think that’s what has made Kilkenny teams so successful in the past,” he said. “It’s the same again with this panel. There is huge competition for places on the starting 15 and even on the 26 but that’s no different from any other county.
“There’s a standard there you have to reach,” he said. “If you don’t reach it, you’re not going to be successful.”
The mood in the camp is good, the captain reckoned. After so many high-profile retirements over the last 12 to 18 months there are a lot of new faces, but competition is as keen as ever.
“There’s no real difference in terms of mood to last year or the year before,” he said. “It’s work as usual. We’re under no illusions as to how big the challenge that’s in front of us is and it’s going to be that way for the year.
“There’s going to be new lads coming in and they realise that everyone is fighting for a place, but that’s what makes things healthy,” he added. “When you get out there on the training field you’re there to work, and to work hard. You have to work hard for that Kilkenny jersey - that’s what it’s all about.
“The League is so competitive - Division 1A is serious,” he said. “Any slip-up and you’re punished. That’s why the challenge is so big.”
Having such a tough competition at the start of the year can be a barometer for the championship, giving teams a chance to set out their stall for the year.
“It does,” he agreed. “The League is seen as preparation for the championship, but there’s a hugely competitive element to the competition.
“For the younger players and players who aren’t established it’s great as a sounding board as to how close or how far you’re away from making the grade. You can’t beat playing in games which are so close to championship level.”