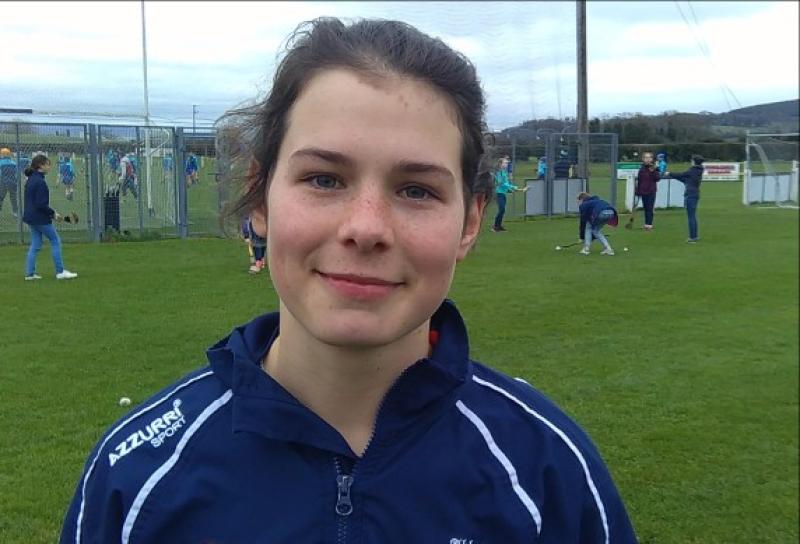 An all Kilkenny team got Abbey Community College (Ferrybank) within two minutes of winning their first All-Ireland title in Gaelic games in Freshford today.
Just beyond the 57th minute team captain, Caroline Kennedy, poked home a goal from close range following a superbly struck line ball by Una Kinsella on the right, to put Abbey into the lead for the first time since the opening minute, 3-9 to 2-9.
However, within a minute Borrisokane star, Laura Shinnors, charge through at the other end to score a great goal to force this thrilling All-Ireland colleges junior 'C' camogie final to a replay next Saturday.
That Abbey got themselves into a winning position was due in no small way to superb goalie, Aoife Slattery. She brought off three top class saves during the closing half as she first kept out a close range hand-passed effort from Shinnors, before stopping hot shots from Louise Torpey in the 39th and 43rd minutes.
The action was electrifying from the throw-in. Abbey's top scorer, Afton Grace, opened the scoring with a point after only 30 seconds. After Borrisokane equalised through Shinnors the exchanges were close during the quarter.
Borrisokane hit a purple patch between the 19th and 27th minutes when they shot 2-3 against a single point reply from the opposition to jump 2-7 to 0-4 ahead.
Approaching half-time Abbey pulled back a goal through Emma Hewetson and a point from a free by Afton Grace to to cut the arrears to 1-5 to 2-7 at the rest.
The Kilkenny girls were backed by the wind during the closing half and they ripped into the opposition. They drew level at 2-7 each in the 38th minute after Grace touched the ball into the net from close range after Una Kinsella had the first shot saved.
Borrisokane put together a two point lead again before two frees from Grace levelled it (2-9 each) six minutes from the end. Abbey won the lead through Kennedy's goal, but they couldn't hold about against powerful opponents.
The entire Abbey team was made up by girls from Kilkenny clubs - Slieverue, Kilmacow, Mooncoin and Mullinavat.
SCORERS: Abbey CC - A. Grace (1-8); C. Kennedy (1-1); E. Hewetson (1-0). Borrisokane CC - L. Shinnors (3-5); A. Slattery (0-2); A. O'Meara, L. Ryan (0-1 each).