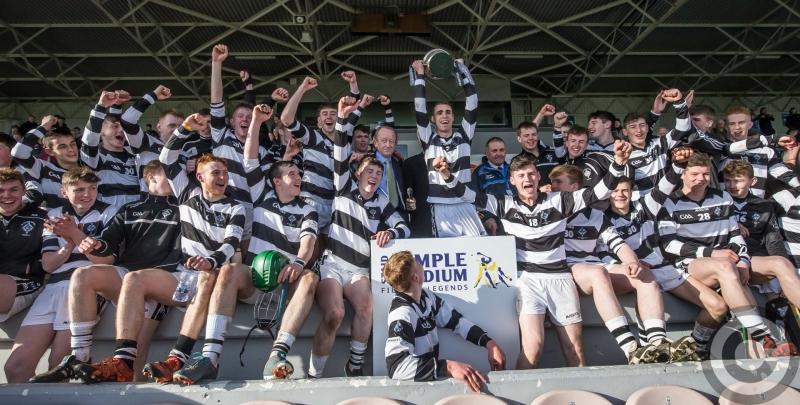 Kieran's captain Tommy Walsh lifts the Croke Cup after beating Ardscoil Ris in the 2016 final. The Saints will be looking to retain their title when they play Templemore on Saturday. Photo: Pat Moore

All-Ireland champions St Kieran's College will put their senior hurling title on the line when they take on Our Lady's, Templemore, in the final this Saturday.

The GAA have confirmed that Semple Stadium will host the clash, with the game set for a 4pm throw-in.

St Kieran's College, who booked their place in the final with a 3-19 to 1-9 win over St Brigid's of Loughrea, will be gunning for their 22nd Croke Cup overall and fourth in a row. They lifted the crown in 2014 with a 2-16 to 0-13 win over arch-rivals CBS Kilkenny in Nowlan Park, then defended the title with a 1-15 to 1-12 win over CBS Thurles in Semple Stadium. The Saints went back to Semple Stadium a year later, beating Limerick's Ardscsoil Ris by 1-15 to 1-13.

Harty Cup champions Our Lady's earned their final berth when they saw off CBS Kilkenny last week. The Tipp side, who are chasing a first Croke Cup success since 1978 (CBS Templemore won the title that year, before amalgamating with the Convent in 1985), scored a 0-24 to 2-15 win in Portlaoise, with Brian McGrath shooting 0-9 for the Munster champions.