Camogie All-Ireland final: Hunger the spur for Quilty and the Cats 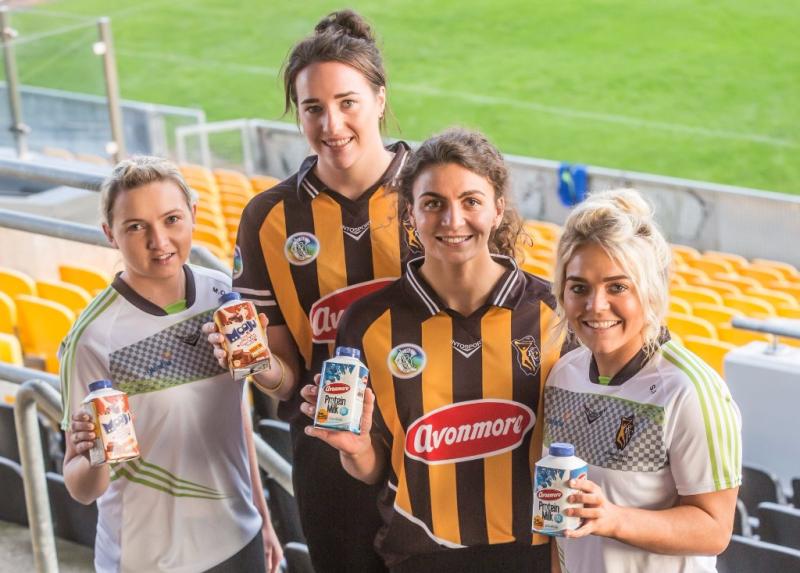 Michelle Quilty (left), with team-mates Denise Gaule, Anna and Shelly Farrell, know the Cats will have a tough test against Cork in the senior All-Ireland camogie final PICTURE: PAT MOORE

It’s hard to believe but after waiting so long for a senior All-Ireland camogie medal, it took a few days before Michelle Quilty fully appreciated she finally had one.

“After waiting so long it was a surreal feeling,” said Quilty, who captained the Cats to the O’Duffy Cup last year. “You wake up the morning after the final and even though you’ve won you still don’t fully believe it.

“It doesn’t really kick in for a week or so, when you’re at home and it hits you that ‘yeah, we’ve won the All-Ireland’. It was a great feeling to have.”

Now, the Mullinavat player wants to get that winning sensation all over again. Yes, there was time to celebrate ending the 22-year wait, but the desire to get back to the training ground was a key reason behind Kilkenny’s successful return to this Sunday’s decider in Croker.

“There are all the duties and commitments that come with winning, but after that it was a case of draw a line under the celebrations and start preparing for the 2017 championship,” she said. “It was a clean slate; we all knew that the cup wouldn’t just be handed to us, that we had to work hard if we wanted to win it again. Once we came back as a group everyone was so focused on the year ahead.”

While Quilty prefers to keep a low profile her long career at senior level, not to mention captaining the All-Ireland champions last year, has raised her status in the game. However, she was quick to point out that this isn’t a sole role.

“I’m probably one of the older players on the team now, although I wouldn’t like to admit it,” she said with a laugh. “I have a fair few years behind me, but the players who have been there over the years have brought a new level to the game in Kilkenny. The strength behind this team is unreal.

“We have a number of leaders on the team,” she added. “They are different; there are the more vocal ones who do the talking, while you have others who go out and spur people on through how they play the game.

“I’ve been there for a number of years and have that bit of experience. I prefer to stay calm and go about my business, but it’s good to be there to offer advice or encouragement to the younger members of the panel.

“That can be helpful, especially around final time. People can get nervous before big games but the pitch has the same four white lines, it’s still 15on 15 – you might be playing in a bigger stadium but you have to block that out and play your normal game.”

Camogie is enjoying a new lease of life in Kilkenny, helped by the success the senior side has enjoyed of late. That has brought the game to a new level – the media night for the All-Ireland in Nowlan Park proved that.

It has also been helped along by a performance-related deal with Glanbia, similar to the one enjoyed by the hurlers, as well as the ticket deal offered for both the under-21 and camogie All-Ireland finals. For the players, it’s been a boost.

“The professionalism has increased and there’s greater awareness around the game now,” she said. “The deal that the County Boards are doing at present, bringing the sports together to sell the joint ticket for the hurling and camogie finals, is something that wouldn’t have been done before. The profile and awareness of the game is greater than ever.”

A greater profile for the game could only be good for players, Quilty reckoned.

“The more spectators and support we have for the final the better it will be,” she said. “Often there are times in games when you need that support to drive you on.”

It seemed that camogie fought for recognition for so long, but that’s changed in recent years.

“That’s come with the awareness that surrounds the game today,” she said. “Having the semi-finals live on television was a good way to bring the championship to people who may not have gone to games.”

The bigger crowds have witnessed some top class performances from the Cats, something the team has appreciated.

“Our championship game against Clare was held here in Nowlan Park before the senior hurlers played Limerick,” she recalled. “Come the second half there was a bigger crowd but even from the start there was a lot of interest in the game to see what we were all about.

“Winning the All-Ireland last year has brought more attention for the team, while the hosting of double-headers by the Camogie Association has helped to drive things on.”

Now for the 2017 All-Ireland final and a meeting with Cork, a team Kilkenny know inside-out!

“We’ve played them so many times that you’d know all the individual players by now,” she said. “Cork are a formidable side; the amount of All-Irelands they won and titles they’ve put back-to-back takes great strength in depth in a panel, which is something they’ve showcased over the last number of years.

“Their ability to win an All-Ireland and then keep that hunger and drive going the following year takes some doing. They are a strong side; Paudie Murray will have them all ready to go for the final.

“They’ll be a strong test,” she added. “It’ll take everything we have to beat them.”