Richie Leahy shoots winner as Kilkenny down Tipperary in League 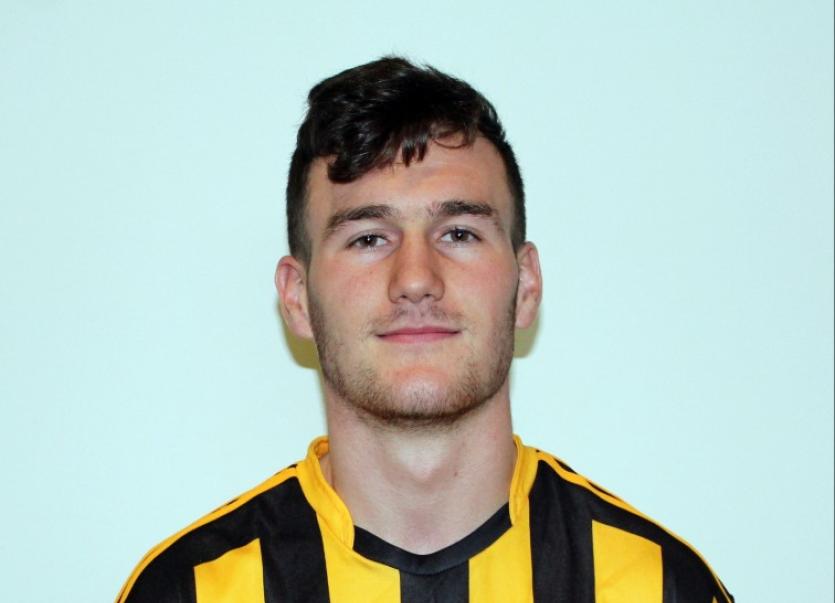 Richie Leahy was the hero of the hour when Kilkenny scored a thrilling win over Tipperary in a rip-roaring Allianz National Hurling League tie at Nowlan Park this afternoon.
A minute into lost time T.J. Reid snapped a Kilkenny puck-out from the sky on the '50' at the country end. Reid threw a pass into space that allowed the fleet-footed Rower-Inistioge man to dash away to shoot the winning score.
It brought to an end a game that ebbed and flowed as one side, and then the other had their moments on top and in front. The big crowd of 10,587 lovely every second of it, including a last seconds block by Lester Ryan to deprive Michael Breen of a possible late equaliser.
Breeze assisted Kilkenny carried a one point lead into the interval. They exploded into life after the turn, hitting Tipperary for goals by Walter Walsh and Luke Scanlon within three minutes of the restart.
At one stage Tipperary trailed by seven points (2-13 to 0-12), but by the 56th minute they had effected a nine point turn around and showed 2-18 to 2-16 in front. Their sizzling attacker, Michael Breen drilled home both goals.
With towing attacker Mark Russell ever dangerous when Tipp attacked from the sky, the visitors looked deadly dangerous and they looked to be taking control of things.
But determined Kilkenny hung on and hung on, and then they let rip at the finish with Cillian Buckley, Paddy Deegan, Reid, Leahy and Walter Walsh all showing up brilliantly.
Three times subsequently the teams shared parity, the last time on 70 minutes after Michael Breen clipped over a lovely equaliser for Tipp. Then in the last big play T.J. Reid won a Kilkenny puck out and he placed Leahy for the 47th and all important winning score.
The result has left both sides in a must win situation next weekend if they want to make the quarter-finals. Kilkenny entertain Wexford and Tipp play Cork at home.
There was little or nothing between the teams most of the way during the first half and both sides had their moments in front.
Early on T.J. Reid, who was to shoot nine points during this half, and Sean Curran traded points. That was the first of five times the scores were to be level during the half.
However, Tipp were guilty of some poor shooting and ran up nine wides during the half.
Kilkenny took over in front when T.J. Reid pointed at the double in the 21st and 23rd minutes. They improved that position by a point on 30 minutes when Liam Blanchfield was put through for a score by Martin Keoghan.
Late scores from Michael Breen and a mighty effort from Brendan Maher on midfield left the minimum between them at the break, with the Cats 0-13 to 0-12 in front.
SCORERS: Kilkenny - T.J. Reid (0-13, seven frees, two 62s'); R. Leahy (0-3); W. Walsh, L. Scanlon (1-0); C. Browne, J. Maher, L. Blanchfield, P. Lyng, A. Murphy, R. Reid (0-1 each). Tipperary - M. Breen (2-9, 0-7 frees); B. Maher (0-4); N. O'Meara (0-2); R. Maher, S. Curran, B. McCarthy, P. Maher, M. Russell, C. Darcy (0-1 each).
Kilkenny - D. Brennan, E. Morrissey, J. Holden, P. Deegan, C. O'Shea, C. Buckley, C. Browne, J. Maher, L. Blanchfield, M. Keoghan, T.J. Reid, P. Lyng, R. Leahy, W. Walsh, L. Scanlon. Subs - A. Murphy for Blanchfield 47th min; L. Ryan for P. Lyng 50th min; R. Reid for Keoghan 59th min; C. Martin for Scanlon 65th min.
Tipperary - D. Mooney, A. Flynn, T. Hamill, S. O'Brien, S. Kennedy, J. Barry, D. Maher, B. Maher, R. Maher, S. Curran, B. McCarthy, P. Maher, G. Browne, M. Breen, N. O'Meara. Subs - M. Russell for G. Browne ht; C. Darcy for O'Meara (inj) 42nd min.
Referee - A. Kelly (Galway).