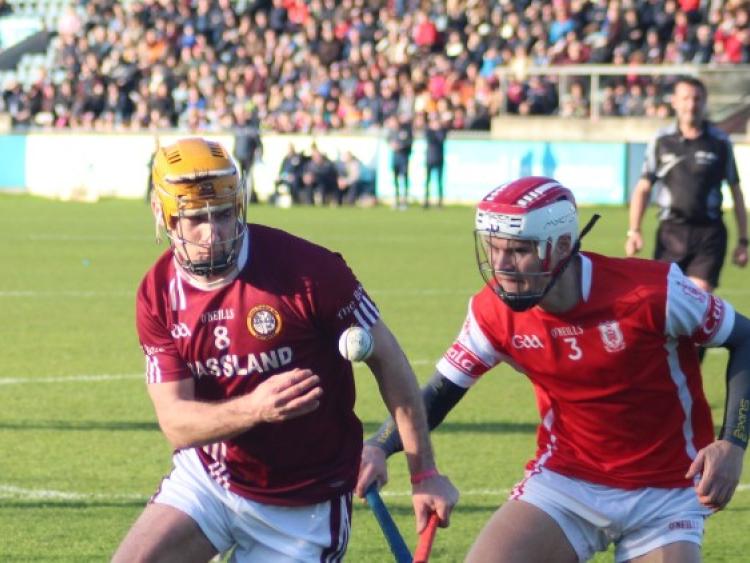 Dicksboro captain, Ollie Walsh, and his colleagues looking forward to another good season

Kilkenny GAA clubs will swing back into action on what will be the 18th week into the major hurling league/championships, and no one knows where they stand.
As the last full round of matches in the senior, intermediate and juniors grades was played 17 weeks ago, all clubs are more or less gearing up for a new beginning.
There is serious disquiet in the ranks and growing anger that club games are being pushed into the background.
The GAA and commentators are singing the praises of the extended, revamped inter-county championship, which turned into a ding-dong affair.
But clubs feel they got a bad deal in the whole affair.
The anger mainly concerns the fact that club matches, in Kilkenny at least, have been shelved and the vast major of GAA players have been left without meaningful competition.
The first of the action in the local league/championship was on the weekend of April 14/15.
The action since has centred around what could be classed as 'fill in, subsidiary competitions' which have never captured the imagination of clubs.
Clubs are fearing a backlash, a talent drain of officials and players if things continue as they are.
On the corresponding weekend last year Kilkenny clubs were facing into fifth round games in the senior and intermediate league/championships.
That was after the county exited the championship at the same stage as this year, the All-Ireland quarter-finals.
This weekend clubs will be playing Round 2 in the same competitions, and they are not happy.
The ’People carried out a straw poll of clubs, and the overriding feeling was that local games cannot be run the way they were this season come 2019.
Grave fears were expressed that players and club volunteers would drift away.
A lot of clubs will feel the pinch this weekend as they go into action without players who are in the US on either a J1 Visa or on the invitation of clubs there.
And officials pointed out that if young players sense it will be more of the same in the future, they will flock to foreign part during the Summer months.
On top of all that, clubs expressed concern over the advent of Summer soccer for schoolboys and schoolgirls.
The Kilkenny and District Soccer League have voted to go with what is termed ‘Calendar Soccer’ from February to November 2019, with a break in the middle.
Kilkenny GAA clubs will concentrate on games this weekend, but down the road expect a chorus of voices calling for change and a better deal.
Incidentally, it has been confirmed that former greats Martin Comerford and Brian Hogan are back training with O’Loughlin Gaels.
Both resumed training with the club recently. Comerford had his first session on Sunday.
For more on Kilkenny People sport read here.