Kilkenny are the Kings of New York! 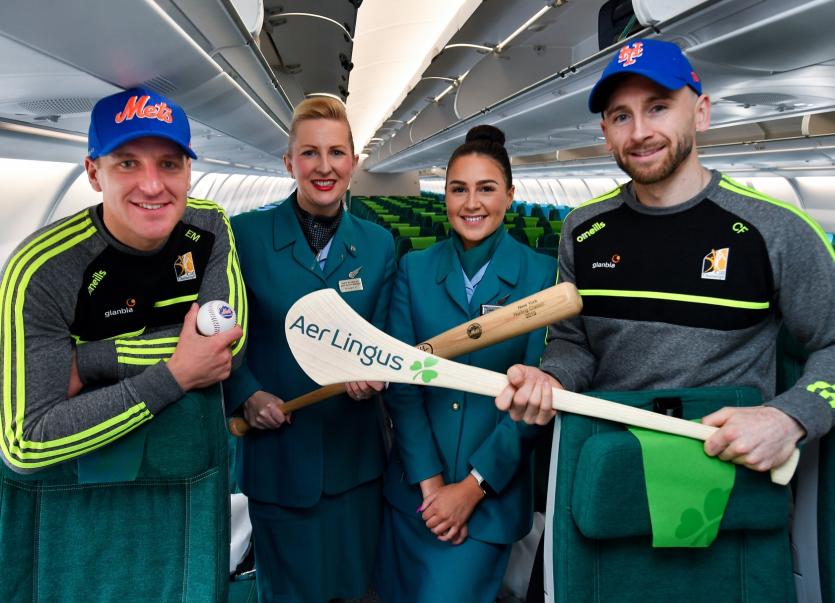 Kilkenny are champions of the inaugural New York Hurling Classic after a convincing 24-point win over Limerick in Citi Field.

The four-team, three-game tournament features a modified game of hurling called Super 11s – which is played on a soccer pitch by teams of 11 players and incorporates similar rules to hockey and basketball like penalty corners and shot clocks.

Teams can only score goals in Super 11s and more points are awarded if a goal is scored from long range.

Kilkenny demolished Tipperary with a ruthless 50-point drubbing earlier in the day, while Limerick eased to a 32-point win over Leinster champions Wexford in the first game of the afternoon.

The Super 11s led to exciting, goal crazy fare throughout the day and the 11,000-strong crowd was treated to an entertaining spectacle in the New York Hurling Classic, particularly in the final.

It was reigning champions Limerick who did all the early running in the showpiece event and they took the lead through Paddy O’Loughlin after just 80 seconds with a cool finish from inside the box.

They found Eoin Murphy in particularly resolute form in the Kilkenny goal thereafter, however, and failed to build on their dominance.

The Glenmore club man made a string of superb saves to prevent the Treaty County from racing into a substantial lead inside the opening ten minutes and Limerick were punished for their wastefulness by a ruthless Kilkenny attack.

First, Ger Aylward latched onto a diagonal ball and rifled home an equaliser before scores from Liam Blanchfield and Michael Cody saw the Cats hit the front for the first time.

Limerick briefly restored parity through quickfire scores from Pat and Colin Ryan, but Kilkenny would begin to establish control on proceedings soon after.

A low drive from Billy Ryan was followed by two penalties in quick succession from the unerring Alan Murphy and Kilkenny took a commanding 16-point lead with half time approaching.

A surging run from Gearoid Hegarty and a penalty from Pat Ryan brought Limerick back within a score, but Conor Fogarty’s brilliant strike from a corner on the stroke of half time saw Kilkenny take a healthy 12-point lead at the break.

Limerick showed signs of resistance after the interval, scoring twice through Colin Ryan and Aaron Costello to reduce the arrears to just four points, but they would crucially not score again for a full 15 minutes and Kilkenny showed no remorse.

The excellent Billy Ryan dispatched a penalty after 27 minutes to give Kilkenny breathing space once more, before Alan Murphy completed his hattrick with yet another six-pointer.

Pat Ryan emphatically converted a penalty to suggest that a fightback was on the cards but Kilkenny moved ruthlessly to snuff out any chance of a comeback.

Billy Ryan tapped home an Alan Murphy rebound to complete his hattrick and Luke Scanlon added another to give the Cats an 18-point buffer.

Limerick lost Darragh O’Donovan to a red card for a reckless tackle on Eoin Murphy as the game continued to slip away from them.

There was still time for the brilliant Alan Murphy to bury a penalty at 101 miles per hour and for Ryan to add a final blow before Kilkenny were officially crowned Player’s Champions Cup champions for 2019.