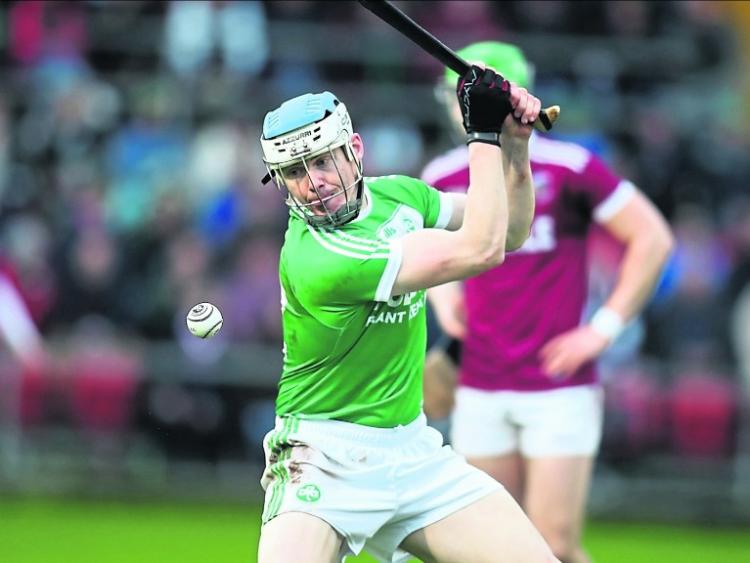 Two teams, each managed by a man we can say has attained the status of sporting legend. They took the field within a couple of hours of one other last Sunday. They’ve achieved much over the past year. They’re on the brink of achieving even more.

The team who wear green and white are within 60 minutes of boldly going where none of their predecessors from a proud parish went by retaining the Tommy Moore Cup. The team who wear red are closing in on a first league title in 30 years, having won 19 out of their 20 fixtures to date and boasting a lead of such proportions (13 points) that a mini-slump will not derail them.

In much the same way that the team in green and white are also champions of Kilkenny and Leinster, the team in red are champions of Europe and indeed the world. Neither are stopping to admire the view, however.

That Ballyhale had to hurl for their lives in Newry says more about the effectiveness of their opponents – Slaughtneil’s performance may have been the best by an Ulster hurling team since Antrim did everything but beat Kilkenny in the 1991 All-Ireland semi-final – than it does about any failings of their own on the day.

That Liverpool could field a shadow XI and still see off Everton says as much about their strength in depth as it does about the job on Carlo Ancelotti’s hands on the other side of Stanley Park.

The prospect that the Ulster champions would give Shamrocks plenty of it could have been foreseen, it should be acknowledged. Had a conversation on Friday night with a friend, the proverbial Shrewd Hurling man, and we agreed that Ballyhale would win (correct!) and win with something to spare (incorrect!).

But we also agreed that they wouldn’t beat the 12-point handicap, not least because they’d be trying to keep something in the tank for the final, and we did wonder about the extent to which fatigue might be setting in after nearly two full seasons on the road.

The TG4 boys asked the obvious question after the final whistle. “An bhfuil siad ag sleamhnú?” Are Ballyhale on the slide? They’re not as fresh as they were this time last year – how could they be? – but a tally of 2-24 on a tight pitch against a doughty enemy was nothing to be sniffed at.

Can’t wait to find out. If only because he’ll have the boss in his ear in the meantime, incidentally, one suspects we’ll see a different Adrian Mullen against Borrisoleigh.

Elsewhere TJ Reid was well policed from play – Slaughtneil would have been in dereliction of duty had it been otherwise – but the lineball he floated to Darren Mullen in midfield for Evan Shefflin’s point early in the second half was a reminder, were it required, that he is something more than a mere mortal.

Shefflin himself looks to be one of those late developers who may have something to offer at intercounty level and who at any rate should be looked at in due course.

As for Colin Fennelly, whatever the imperfections of his swing and striking, he has been monumental for club and county these past 18 months.

At Anfield 45 minutes later the hosts fielded three players I’d never heard of, three players I’d barely heard of and still advanced to the next round of the FA Cup. As they won’t go on to win the competition, simply because it’s not a priority for them, the only question that surrounds Liverpool from here to the end of the season is this.

Will they do the Premier League/Champions League double?

There’s been much talk lately of a supposed injury crisis. Spare me. Nine of the 11 who started the Champions League final appeared against Sheffield United last Thursday. As for the supposedly impending slump in the league, it will not commence at White Hart Lane next Saturday evening. Of that much we can be definitive.

The Fenway Sports Group’s enlightened stewardship of Liverpool will soon form a substantial chapter in business manuals. All the brilliant purchases, surgically identified and enacted. All the money-spinning sales that helped fund them. One suspects the trophies are merely beginning to roll in.

Compare and contrast with Manchester United’s incoherence since Alex Ferguson left, flailing around for both the right manager and a cogent transfer policy and failing extravagantly on both grounds. With Spurs, who took their eye off the ball while building the new stadium and allowed a team on the verge of success to grow stale.

With Arsenal: stasis in Arsene Wenger’s final few seasons and stasis since then. With West Ham, who two years ago sacked David Moyes on the basis he was not the man to take them where they wanted to go and a couple of weeks ago reappointed him.

Just shows that joined-up thinking is a lot easier in theory than in practice, huh?

Where Liverpool can trade their way to silverware, Ballyhale Shamrocks can only breed their way. Each is succeeding on a grand scale.

Great businessmen and analytics staff at Anfield. Great genes in Knocktopher and Knockwilliam.