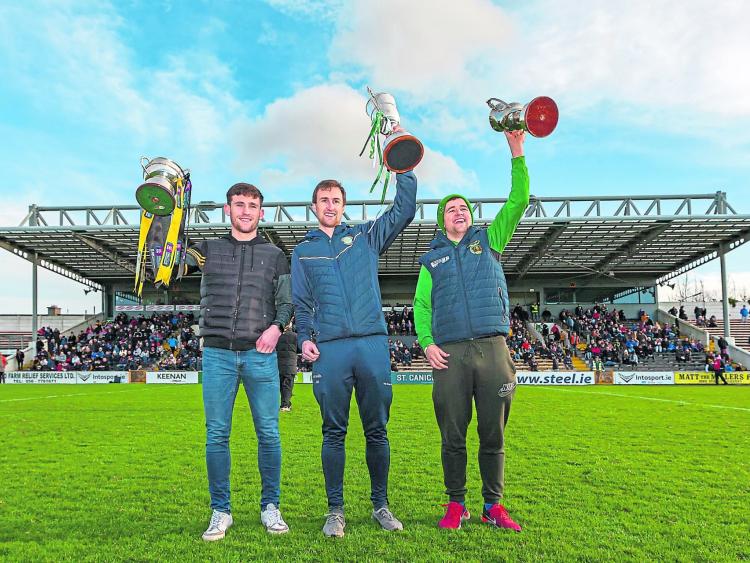 Well, that wasn’t a bad start, was it? Not the equivalent of half the work, obviously. Nothing of that nature. But a tús maith nonetheless.

A win with only six members of the All-Ireland XV present. Twelve points to spare over a Dublin team who had surely been quietly fancying their chances of seeing off understrength opponents. One foot in the knockout stages of the National League. And all of the above despite being a man down for the closing 45 minutes.

To which might be added another pleasing development: facing a side with an extra defender, for once Kilkenny didn’t look gauche or confused or hypnotised by the change in the dimensions of the task set before them. In this regard Colin Fennelly’s absence, strange as it may sound, proved a blessing in disguise.

They couldn’t go long to the man on the edge of the square, as they’d done so frequently and fruitlessly in that dismal second-half performance at Croke Park last August. They were obliged to think their way around the problem and they did so with some aplomb.

Right, the caveats, which are obvious.

It was the last Sunday in January, a date on which no trophies are handed out. Dublin were awful, their shortcomings demonstrated by the fact that it took them until the 50th minute to work Eoin Murphy.

For the last 10 minutes of the first half and the entirety of the second half nobody would have noticed, unless they’d been told, that one team had a numerical superiority and that the crowd in blue were that team.

Still, 11 different scorers from play. The statistic gives an illustration of the vibrancy of the winners’ play and the extent to which the load was shared.

An obvious source of interest as the National League continues will be to keep an eye on how many members of Sunday’s starting XV are still standing at the end of the competition.

You’ve read here recently how Brian Cody might consider moving some of his furniture, specifically Conor Browne to corner-back – the way hurling has gone in recent years, battering rams are no longer required at midfield or centre-forward – and James Maher to wing-back.

Here are two more suggestions. John Donnelly to centre-forward and Martin Keoghan to – well, who knows, but perhaps somewhere on the half-back line or midfield.

Keoghan’s first coming a couple of years ago didn’t quite work out. Among the reasons for that was the Tullaroan man’s very versatility. Even his father didn’t know what his best position was.

In the end Keoghan junior failed to cut it at wing-forward. Now that he’s older and stronger and more experienced – and still intelligent – he’s worth auditioning again. Exactly where constitutes the issue.

As for Donnelly, he’s classy and smart and needs to be on the ball as often as possible. So how about trying him on what used to be known as the 40’?

Once upon a time there was another redhead who hailed from not a million miles away from Donnelly. He was similarly big and strong, good in the air and possessed of an accurate shot. He was never regarded as a speed merchant but he was blessed with a brain. Cody gave him the number 11 jersey and everything changed.

Apologies for burdening Donnelly with comparisons to the King, but do study the way the Thomastown man – like Shefflin before him – always has his head up and is always looking to play the right pass.

At centre-forward he’d be permanently in the mix in a way he isn’t on the wing, where on Sunday the action bypassed him for long stretches, and could pull more strings.

A work in progress, then, a process that will continue indefinitely. But not a bad start.