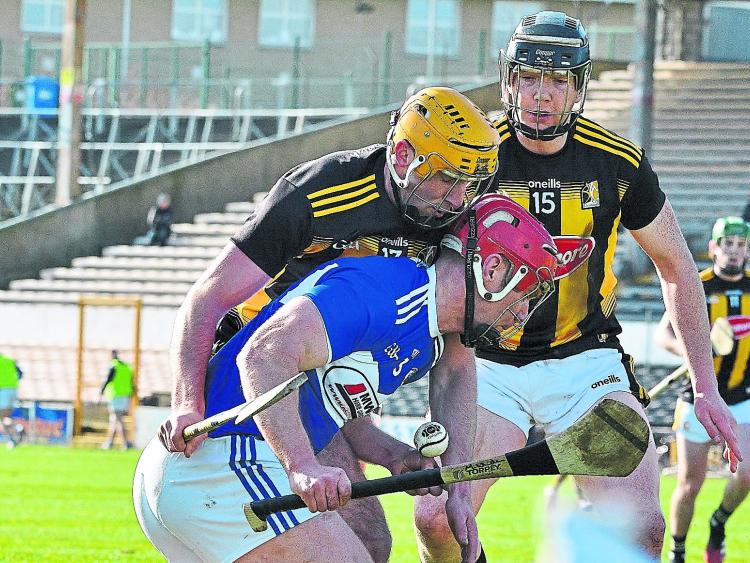 In the previous match we were treated to a very interesting battle between Kilkenny and Clare in the National Hurling League.

That clash threw up some interesting subplots that would be sure to be examined in Sunday’s fifth round match against neighbours Laois.

The back line was pulled and dragged all over the place and the Clare forwards punched holes in the defence and dished out punishment accordingly.

The Banner men scored three goals. Kilkenny manager, Brian Cody would have been far from pleased.

Things took a bad turn on the injury front too. Adrian Mullen ruptured a cruciate ligament and now he will miss the entire 2020 season.

Mullen was making incredible strides with the county, and the search for a replacement would be a mission and a half for the Kilkenny selectors.

For the visit to UPMC Nowlan Park, Laois wouldn’t be worried about Kilkenny’s woes.

Manager Eddie Brennan is still trying to build on the many positives the county enjoyed in 2019. They got to the All-Ireland quarter-finals, remember.

This clash with Kilkenny would provide additional insights and would help the growth of the squad. Playing the top teams allows counties such as Laois to test themselves and see where they have to go to be successful.

Laois have incredible talent within their ranks; Enda Rowland in goal, who was nominated for an All-Star last year; Ross King and Willie and Aaron Dunphy are all fine hurlers.

Backed up by younger talent such as James Ryan and John Lennon, they have potential. Where it will take them is largely up to themselves.

Laois arrived looking to really put it up to Kilkenny, and possibly steal something. They didn’t come to lie down or surrender.

Kilkenny were delighted when Laois forfeited venue because O’Moore Park was not ready for two inter-county matches on consecutive days.

All-Star Padraig Walsh returned to the centre-back position which allowed Paddy Deegan have a break, while his brother Shane was named on the bench.

Shamrocks Eoin Cody was given a starting place at centre-forward and his club colleague, Joey Holden was named among the subs.

A new face also appeared in the form of James Bergin from Conahy Shamrocks. It can’t be said other than the selectors are giving players a chance.

This weekend it was Storm Jorge, and on Sunday that produced all kinds of weather; sun one minute, rain or hail the next, a bit of snow plus a biting wind.

The wind aided Kilkenny in the first half. They got off to a flying start.

Alan Murphy got the Cats going with an early point, but Laois hit back with a Ross King free after Willie Dunphy had tested home ’keeper, Darren Brennan, with a cracking effort for a goal.

The potential of the Kilkenny attack emerged quickly. In the sixth minute Ger Aylward flicked a lovely ball off the ground to Billy Ryan, and he blasted to the net.

Laois grabbed another point from a free, and in truth, they were causing the home defence a few problems. Their pace was lightning quick and their touch was sharp.

They were running at Kilkenny and putting them under pressure. James Maher nabbed a couple of points for Kilkenny to keep them driving forward.

It was always going to be tough for Laois to break the home defence, so they played it smart. They played a two man full-forward line and when the ball was played towards their defence, they tracked back.

However, they were able to race forward when they needed to because they had speed on their side.

Kilkenny found it hard at times to break down the blue and white wall. Whatever failures they might have had in front of goal, it wasn’t in the points scoring department.

Martin Keoghan, Ger Aylward and Billy Ryan all scored points before Alan Murphy got in for a goal in the 34th minute (2-15 to 0-8).

The scoreboard didn’t look good from a Laois perspective. Then they were thrown a lifeline in the form of a penalty after a bad error in the home defence.

Goalkeeper Enda Rowland stepped up and buried the ball in the net. The gap did not look too big now, and Laois had hope again.

At half time Kilkenny introduced Luke Scanlon in place of the injured Alan Murphy.

Early on Laois took the game to the opposition. They scored four points in quick succession.

It was reply time for Kilkenny. As ever there was someone ready to step up. Newcomer Eoin Cody took on his lead role as captains and lifted the troops.

He didn’t only shoot a couple of points to give new direction to the Kilkenny effort, he scored a vital penalty goal in the 45th minute (3-19 to 1-13).

That goal effectively ended the game as a contest. Kilkenny didn’t score a whole lot besides, apart from an absolute gem of a point from James Bergin in the 69th minute.

The reason was perhaps that a lot of the players had not played together before as an attacking unit. More games together should help things, and with experienced players to come back into the frame, Kilkenny should develop a keener edge.

Eddie Brennan continues to be creative with Laois. He has helped develop a good style of play and with an injection of pace and physicality, their game is in a decent place.

They will challenge well in the championship.

From a Kilkenny point of view, the strong performance of Eoin Cody was uplifting, especially after losing Adrian Mullen the previous week. Cody may offer another option.

It is early, but.....
We look forward to what the knock-out stages will bring, but Kilkenny are moving in a good direction.