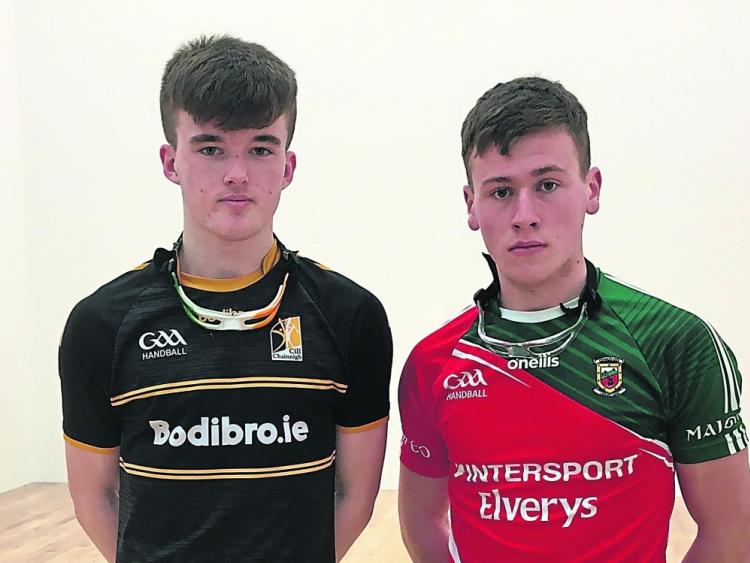 Last weekend was an important one for Kilkenny handballers becuase they contested All-Ireland semi-finals at adult and juvenile level.

After contesting matches in Leinster, Connacht and Ulster, the county can now look forward to playing in 14 All-Ireland finals, five at adult level and nine in the juvenile ranks.

First up was the minor singles clash between Billy Drennan (Galmoy) and Lorcan Conlon (Mayo).

Despite a good performance in the first game, the westerner was denied the first set. The Kilkenny player produced the required shots to win 21-16.

In the second set Drennan was in full control and qualified for the final against Monaghan with a 21-4 victory.

Winning the first set 21-14, the Mothel player was on course for victory but the Galway player battled back to level the match by winning the second 21-18. In a close fought deciding game, Noelle did enough to squeeze through to the decider against Tyrone with a 21-17 win.

To complete the programme at the fantastic new court in Kilfane, the intermediate singles semi-final between Shane Dunne (Clogh) and Ian McLoughlin (Mayo) was also decided over three sets.

The North Kilkenny player stormed to a 21-2 win in the first set. McLoughlin levelled by winning the second game 21-9.

The deciding game was dominated by Dunne as he claimed his place in the final against Monaghan by winning 21-10.

Also in action on Saturday was Brian Mahon (Clogh), who travelled to Galway to play Seamus Conneely in the junior singles semi-final.

The early initiative was with the Galway man. He took the first game 21-15.

However, the experienced Mahon got into his stride and won the next two games 21-11, 21-13 to qualify for the final against Tyrone.

To complete Kilkenny’s involvement in the semi-finals, Anthony Martin had home advantage in his over 35B match with Aidan Connaughton (Mayo) at Kells on Sunday.

The recent good form displayed by Martin continued. The Kells player was a comfortable 21-5, 21-8 winner to set up a final against Cork.

There was considerable success for Kilkenny juveniles in the All-Ireland semi-finals against Ulster opposition on Sunday.

Travelling to Breacach, Tyrone and Kingscourt, the county returned home having qualified for nine All-Ireland finals, five in the girls competitions and four in the boys.

The finals are scheduled for Kingscourt on Sunday, March 22.

Overall it was a fantastic weekend for the county as players contested 16 semi-finals against the cream of Ulster and Connacht with success achieved in 14 matches, a phenomenal record which, hopefully, will continue into the finals in two weeks time.