Two wins from two as Kilkenny see off Antrim in League 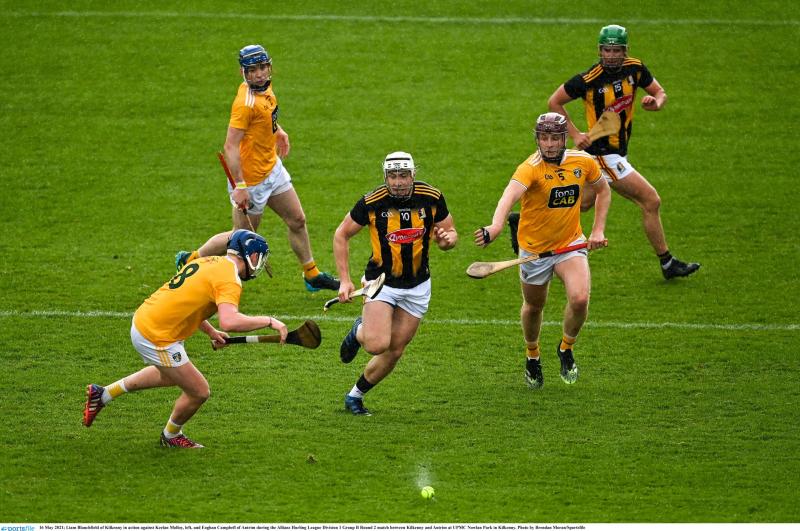 Kilkenny kept up their winning start to the Allianz League, but needed to show all of their composure to see off a stubborn Antrim at UPMC Nowlan Park.

Although they had an eight-point lead at half-time (1-11 to 0-6), the Cats saw that advantage wiped out when Antrim hit them for 2-3 inside five second half minutes. The Ulstermen got their run going with points from Conor McCann and James McNaughton (2), before Conal Cunning and Ciarán Clarke stunned their hosts with two quick goals to leave the sides all square (2-10 to 1-13).

Kilkenny didn't panic, however. Conor Browne's point started a rally of eight unanswered scores, three coming from Alan Murphy frees, that saw the Cats roar back in front and on their way to victory (1-21 to 2-10).

Kilkenny controlled most of the first half scoring, but needed the intervention of goalkeeper Darren Brennan to maintain that advantage. The netminder made two great saves, the first a reaction stop to deny Conal Cunning, before diving to his right to keep out Ciarán Clarke's 32nd minute penalty.

Kilkenny had no trouble in front of the posts, with Alan Murphy and James Bergin mining fine points before Eoin Cody slipped a low shot under Ryan Elliott for a 24th minute goal.

At half-time Kilkenny seemed to be in control, as they went in eight points to the good (1-11 to 0-6). While Antrim would give them a second half headache, they hit back in fine style for an assured win.