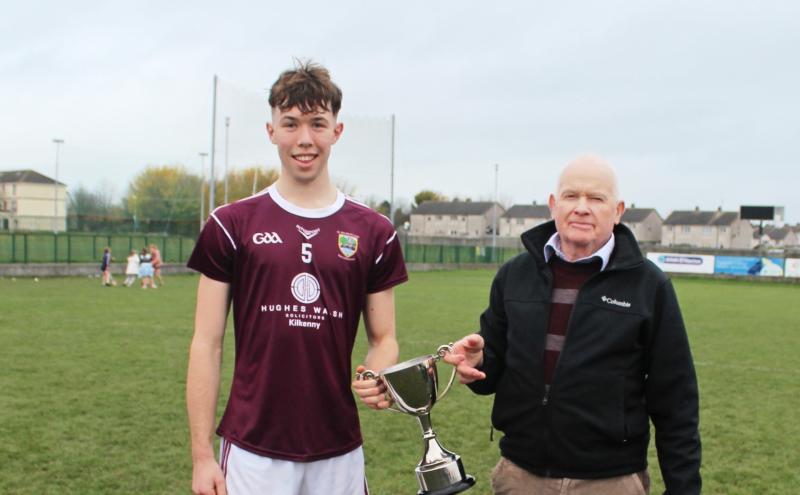 St Patrick's captain Matt Love is presented with the trophy

St Patrick’s (Ballyragget) nailed John Lockes (Callan) to grab the under-19 Roinn E championship title in the dying seconds of a dramatic game.

This was a proper game of hurling played, with a very high intensity compound, by very fit young lads who knew what to do, when to do it, and - more importantly - how to do it.
It was a cracking hour of hurling entertainment.

While the underfoot conditions could be described as good to soft. It didn’t matter a whit to the players. Seven times the sides were level underlining the closeness of the battle.

In Cian Doheny St Patrick’s had a young player who gave a master class in free-taking. In Shane Culleton they had a forward who caused all sorts of trouble for the Callan defence, scoring 1-1 for good measure. They had a dynamite player called Sean Brennan at corner forward who grabbed the winning goal in the 64th minute to break Callan hearts. Add in the likes of Eoin Southgate, captain Matt Love, and Christian McInerney and you could say that you had more than a decent unit.
But all the good or great hurlers were not on the one side of John’s Park.
Great Hurlers
John Lockes, for whom the entire panel are eligible again next season, had plenty great hurlers. In Ciaran Phelan they had a brilliant midfielder who enhanced his reputation by scoring seven frees, and three points from play.
Corner-forward Conor Brett was pure electricity with ferocious pace. Paddy Brennan didn’t meet his match all afternoon who also weighed in with five points – three frees. Captain Adam Sullivan was faultless, courageous, and inspiring at centre back or anywhere he thought he was needed in any emergency. 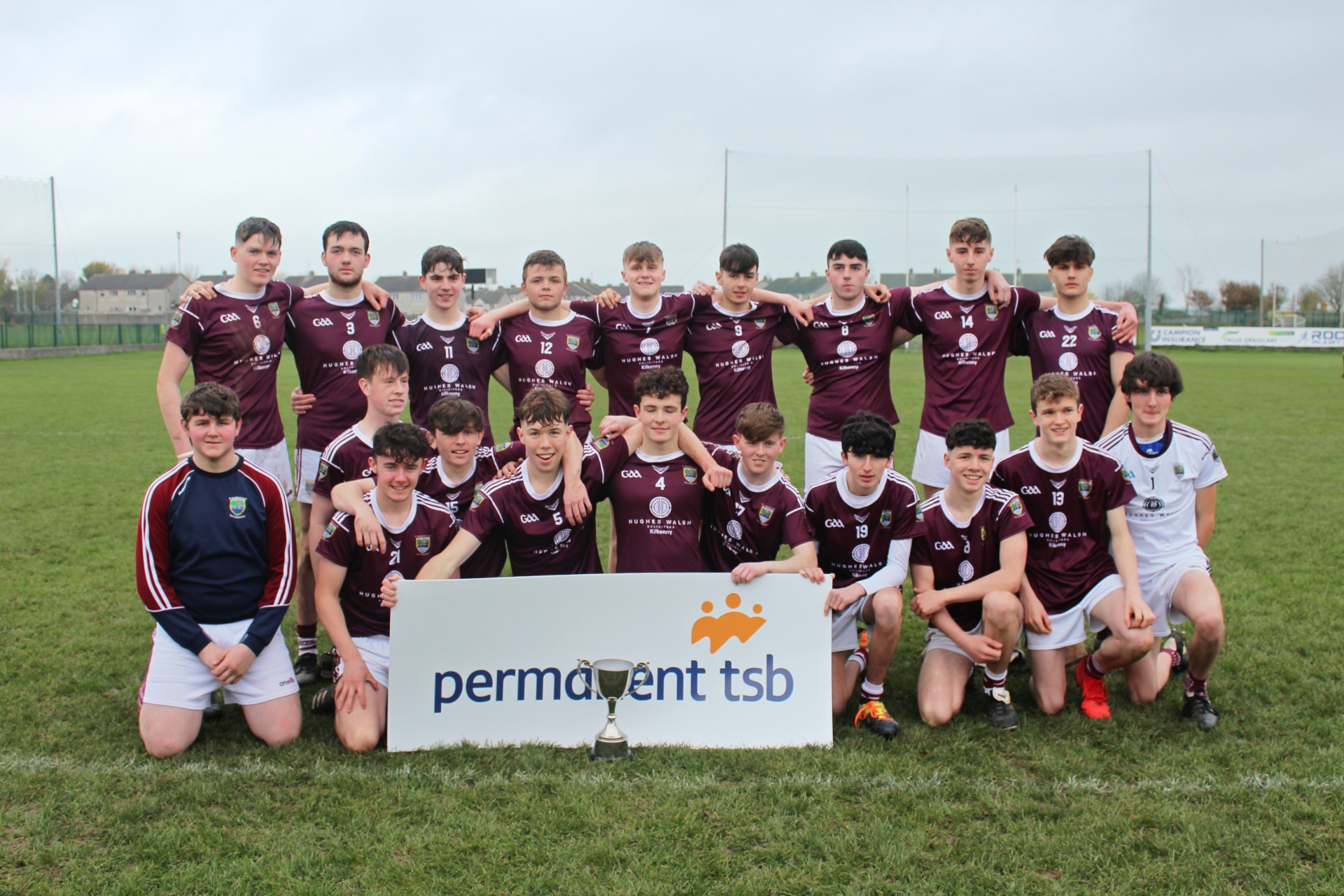 Ben Corcoran could be well pleased with his contribution, while Ryan Donovan Cooke, Ben Canavan, Emmet Nolan and Harry Madigan could not have done more for the cause.
Callan roared out of traps and within four minutes of the start they led by 1-2 to no score- the goal a penalty by Sullivan. By the first water break Ballyragget had caught up thanks to Doheny’s free taking and a great goal by Culleton. At half-time the winners led by a single point (1-8 to 1-7).
Ten minutes into the new half the lead had increased to three points, but that lead had diminished to two by the water break.
Hell for leather
It was hell for leather from there to the wire. John Lockes raced into a 1-16 to 1-13 lead by the 55th minute, but a Sean Brennan goal hauled them back to parity.
Two Ciaran Phelan frees had John Lockes out by two at the 61st minute, but their hopes crumbled with that opportunistic goal in the 62nd minute.
St Patrick’s: Peter Holohan; Niall Kavanagh, Eoin Southgate, Chris Delaney; Matt Love, Christian McInerney, Conor Phelan; Jack Delaney, Cian Doheny (0-10, 0-9 frees); Mark Bergin, Kieran Walsh (0-1), Michael Cash (0-1); Dillon Lawless, Shane Culleton (1-1), Sean Brennan (1-0). Subs: James Ryan, Aaron Nellis.
John Lockes: Henry Madigan; Edmund Dowling, Stephen Bergin, Ethan Bergin; Ben Corcoran, Adam O’Sullivan (1-0, penalty), Kevin Lynch; John O’Brien, Ciaran Phelan (0-10, 0-5 frees, 0-2 65); Ryan Donovan Cooke, Emmet Nolan, Ryan Roche; Conor Brett (0-4), Paddy Brennan (0-4), Ben Canavan.
Referee: John Bennett (Tullogher).
Finals
The under-19 Roinn C and D county finals and the Roinn B and Roinn D Shield finals are scheduled for this weekend.
Tullogher Rosbercon and Graigue-Ballycallan, who beat Young Irelands and Glenmore respectively at semi-final stage, will meet in the Roinn B Shield final.
Lisdowney will face off against Dicksboro’s second team in the Roinn C County Final, having beaten Danesfort and Graignamanagh respectively to reach the final.
In the Roinn D county final Barrow Rangers will take on Mullinavat. A club record for a Mullinavat player in a championship game was set by full-forward Shane Aylward in their semi-final encounter against Blacks and Whites.
Shane scored six of Mullinavat’s eight goals to help his team advance to the final.