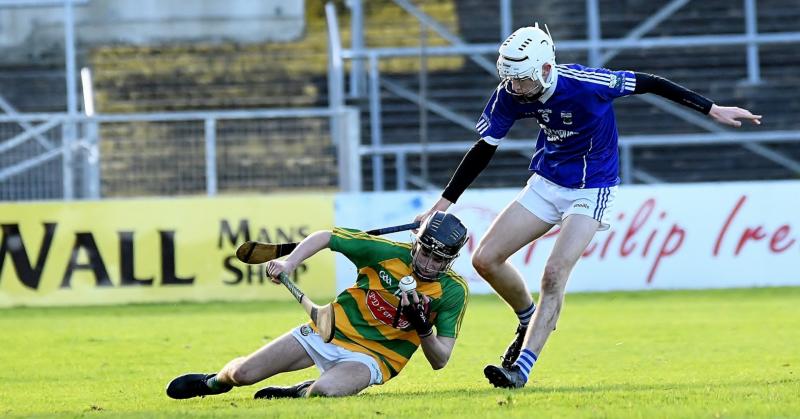 A last gasp goal from hat-trick hero Jamie Maher helped Erin’s Own (Castlecomer) capture a dramatic win as they pipped Bennettsbridge in a tense Roinn B final.
The opening game of a double header at UPMC Nowlan Park the sides had to do battle with heavy ground and a swirling breeze. The elements didn’t give either side any advantage, but they played with spirit and gusto.
Bennettsbridge went on the attack in the opening minutes and a great save from Erin’s Own netminder Shane Holden meant they had to settle for a point on the rebound by full-forward Ben King.
Less than a minute later, Bennettsbridge were again denied a goal but Timmy Kelly pointed to keep the scoreboard ticking over. 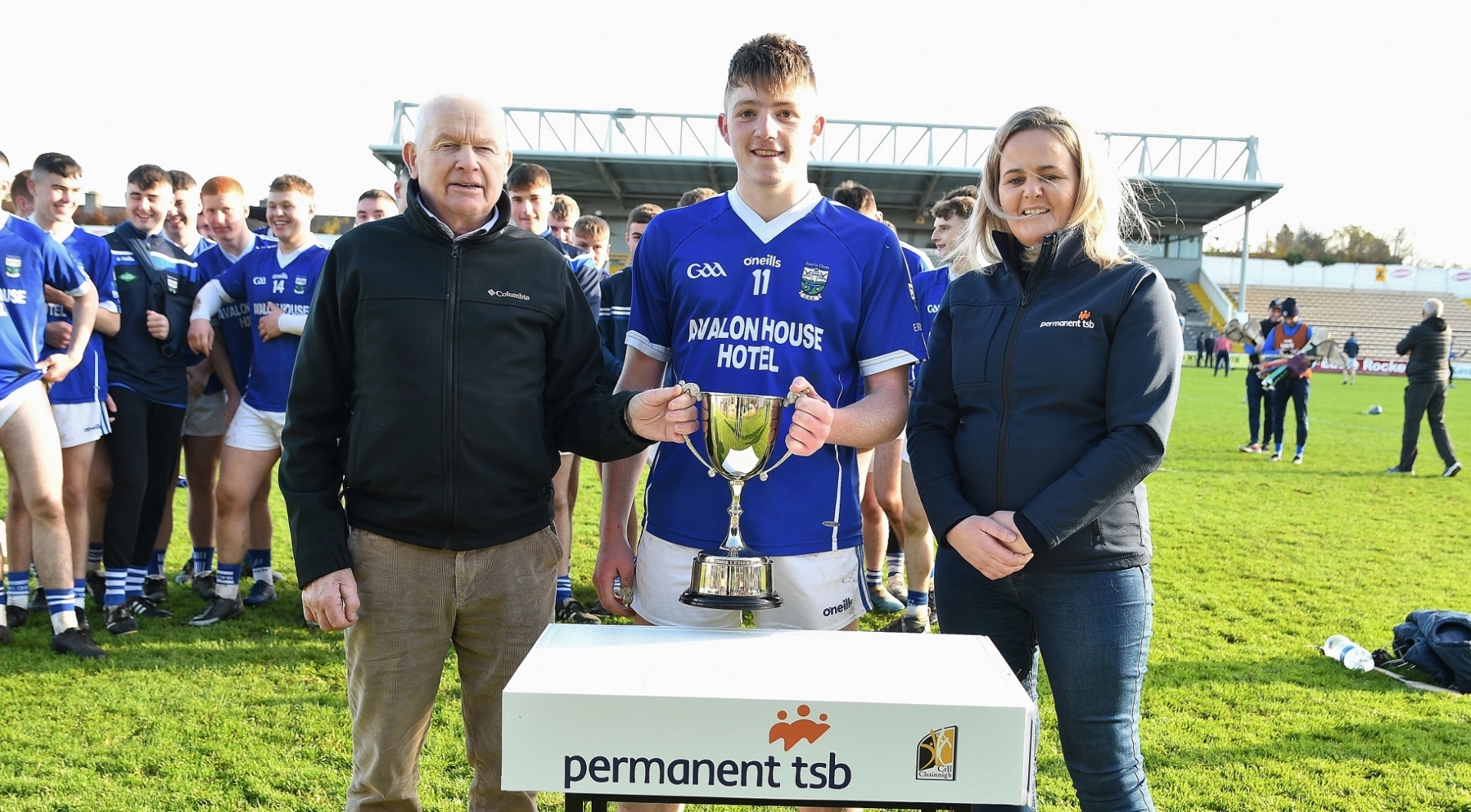 Erin’s Own’s first point came from a Shane Coogan placed ball in the sixth minute. The ’Comer men were starting to find their rhythm and pointed twice in the space of 30 seconds, the scores coming from Shane Coogan and captain Ashley Kerr.
However, it was a low-scoring affair up to the first water break and Bennettsbridge closed out the first quarter with two points from placed ball by Ben King, giving them a 0-4 to 0-3 lead.
Bennettsbridge did most of the hurling in the second quarter and attacked with vigour at every opportunity. However, two great saves from Shane Holden in the space of three minutes kept the ’Comer men in the game.
Another goal opportunity presented itself for the ’Bridge but they were unfortunate when the breaking ball was accidently kicked over the end line.
While they were denied goals, they did manage to score three points. Timmy Kelly was instrumental in setting up two of those points for Jack Campion and Paddy Walsh and Ben King added another to his tally from a placed ball.
It looked like the ’Bridge would have a four-point lead going into the break but a high ball sent in to the Bennettsbridge square by Shane Coogan on the stroke of half-time was cleared only as far as full-forward Jamie Maher. He made no mistake, finding the back of the net.
This was Erin’s Own’s only score of the second quarter but it meant the ’Bridge only led by the slimmest of margins at the halfway mark (Bennettsbridge 0-7, Erin’s Owns 1-3).

John Doyle attempts to flick ball away from Tommy Coogan

Erin’s Own opened the second half scoring with a pointed free from Shane Coogan. Another Bennettsbridge attack, this time from centre back Daniel Murphy who ran straight up the middle, called upon Shane Holden to defend his goal yet again and defend it he did! A great block by Shane resulted in a 65 being awarded but unfortunately, the ’Bridge couldn’t convert it.
The Bennettsbridge men never gave up and points from Jack Campion and Gearóid Kent (two frees) saw them stretch out their lead to three points. However in the 42nd minute, Tommy Coogan picked up a loose ball and handed it off to Lee Holden who had made a run up the middle.
Jack Forristal pulled off a great save but, as before, Jamie Maher was in the right place at the right time. He pounced on the rebound to score his second goal of the day. Maher closed out the third quarter with a lovely point and the ’Comer men now had a two point advantage going into the last quarter (Erin’s Own 2-6, Bennettsbridge 0-10).
By the 54th minute, Bennettsbridge had fought their way back into the game and the sides were now level.
It still looked like it could go either way but a point from Shane Coogan in the 58th minute encouraged the ’Comer side to dig deep and an Erin’s Own line ball in the 60th minute found the hand of Jamie Maher. He scored his hat trick which secured the title for his team as the final whistle went just moments later.