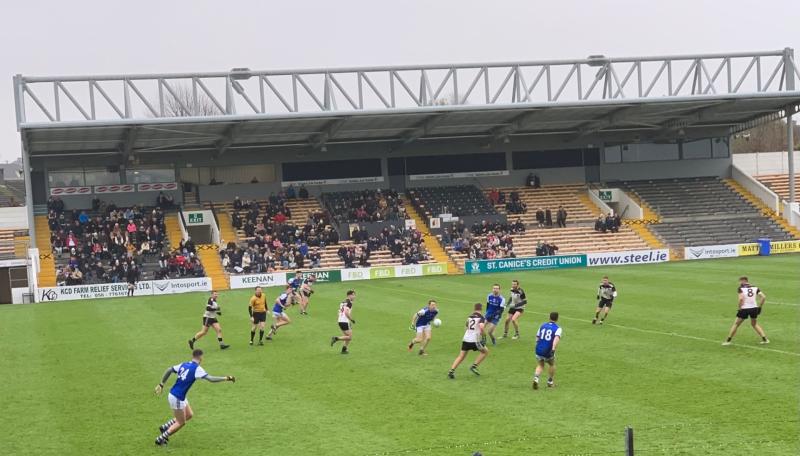 Rory Monks was the toast of Thomastown after his late goal helped the Grennan men claim the county senior football spoils.
Monks' superb 59th minute strike, which came after a lung-bursting solo run, proved crucial as the 'Town dethroned champions Mullinavat at UPMC Nowlan Park.
Thomastown had been just as sharp at the start of the game, storming ahead in the ninth minute when full-forward Stephen Donnelly reacted quickest to slam a breaking ball into the 'Vat net.
With solid performances from Davy Prendergast and Thomas O'Hanrahan they maintained that lead until half-time, but a James Culleton-inspired Mullinavat were not too far behind. Freetaker Oisin Knox landed some good scores to leave just a goal between the teams at the break (1-5 to 0-5).
The champions ramped up the pressure in the second half, forcing Thomastown to defend deeply. They resisted plenty of pressure, but looked in danger of being caught when Mullinavat were awarded a penalty in the 40th minute. Goalkeeper Patrick Khan came to his side's rescue, diving to his left to beat out Knox's effort.
Mullinavat shook off the disappointment of that miss, raising the green flag a few minutes later. Padraic Gahan did the damage, squeezing a low shot across the square and inside the far post (1-5 to 1-5).
At that stage it looked like the 'Vat would kick on, but they couldn't find a way through the Town defensive wall. Pushing forward for scores, they were caught on the counter-attack when Monks won a low ball and turned for goal, pausing only to rattle the City End net. That goal was quickly followed by a Thomas O'Hanrahan point, a score which confirmed Thomastown's coronation.
SCORERS: Thomastown - Rory Monks (1-1), Stephen Donnelly (1-0), Davy Prendergast (0-3, 0-1 free), Thomas O'Hanrahan (0-2).
Mullinavat - Padraic Gahan (1-1); Oisin Knox (0-2); James Culleton, Michael Malone (0-1 each).