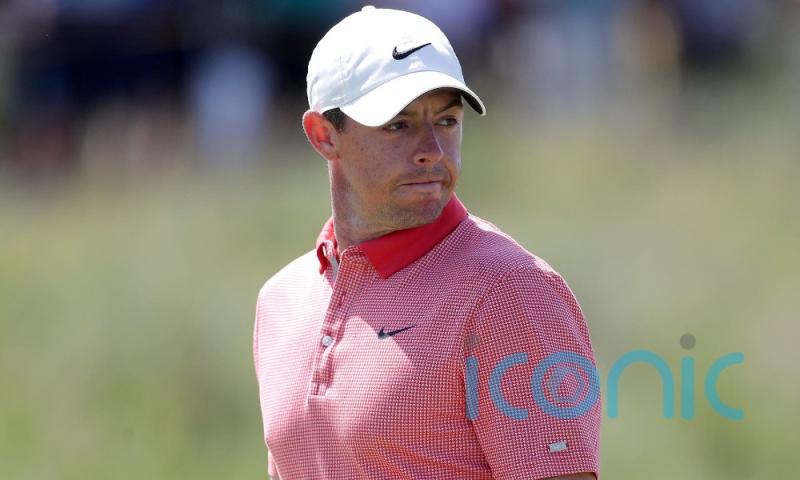 Rory McIlroy was relishing the chance to win a third Slync.io Dubai Desert Classic title after moving within two shots of the lead heading into the final round at Emirates Golf Club.

The Northern Irishman carded a 69 on day three to get to 10 under at the event he won in 2009 and 2015, two shots behind South African Justin Harding who maintained his halfway advantage with a 71.

But all eyes will be on McIlroy in round four as the four-time major winner looks to convert his improved ball-striking into another win at the scene of his very first DP World Tour triumph.

The 32-year-old said he had “hit the ball as good as I’ve done in a long time” after round two and that certainly looked to be true on the back nine as he struck three stunning second shots into par fives that set up an eagle and two birdies.

He made two further birdies on the front nine to go with three bogeys and was excited to have another chance to complete his Desert Classic hat-trick after narrowly losing out to Li Haotong in 2018.

“I’m excited,” he said. “Had a really good chance in 2018 and let it slip through my fingers there when Haotong won. Good to give myself another opportunity.

“It would be nice to get another win, especially here in Dubai. But it’s obviously nice to get a win anywhere early in the season. So I’ve just got to go out there tomorrow and try to play a good round of golf and hopefully it’s good enough.

“Some good things in there and a couple of bad things as well and I feel like it all evened out by the end and it was nice to birdie the last and shoot something in the 60s and play myself into the final group tomorrow.”

Harding looked set to fall away as he turned in 36 with eight pars and a bogey on the front nine, with Hatton and Lee Westwood surging to the top of the leaderboard.

But the English duo stumbled over the line in rounds of 73 and 71 respectively, allowing Harding to capitalise with birdies on the 12th and 13th.

“At the end of the day, I’ve just got to go out and keep doing what I’m doing and make a couple of birdies and shoot 70, 69, something like that,” he said. “Make them shoot five or six under par and credit to them.

“I’m quite happy with it and go again tomorrow.”

Another South African in Erik van Rooyen was alongside Fleetwood at nine under, with England’s Richard Bland in the group at eight under, one ahead of Westwood and three-time major champion Padraig Harrington.