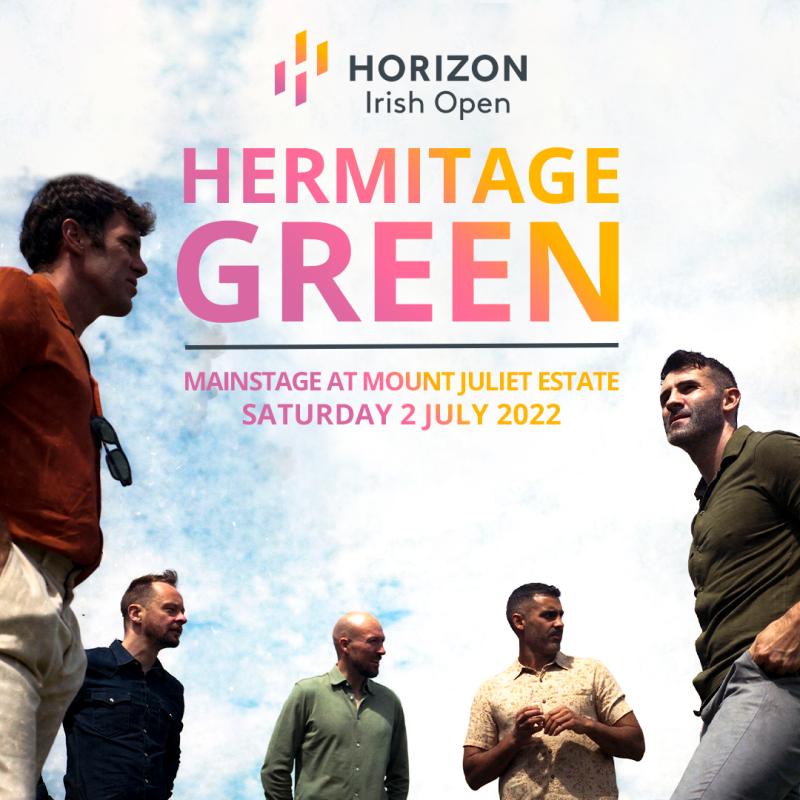 Hermitage Green, an acoustic band, will play just one other Irish gig ahead of the Horizon Irish Open before embarking on their own US tour later this year

Limerick band Hermitage Green will kick off a weekend of music as part of the Horizon Irish Open golf tournament at Mount Juliet Estate this July.

Also taking to the mainstage is 17-year-old Cork singer Allie Sherlock. Both acts will play on Saturday and Sunday, July 2 and 3, respectively and will take to the stage once the final putt drops each evening.

After a hugely successful hosting in 2021, the island of Ireland’s national open will return to Mount Juliet Estate for a second successive time when the 67th edition is played from June 30 to July 3.

Hermitage Green, an acoustic band, will play just one other Irish gig ahead of the Horizon Irish Open before embarking on their own US tour later this year. The band previously played the tournament when it was staged in Lahinch in 2019.

The Horizon Irish Open is 17-year-old Allie Sherlock’s first headline gig. Allie performed on The Ellen DeGeneres Show in the US in 2018 and boasts over five million YouTube subscribers.

Closing the tournament on the Sunday night, Allie said:

“I’m so excited to play my first headline gig at the Horizon Irish Open. I’ve been playing on Grafton Street for the last four years so it’s great to be able to get the chance to get up on a stage and perform to a bigger audience. I’ll also have my band with me and we have a few surprises in store so it’s going to be a lot of fun.”

Wednesday’s Celebrity Pro Am also promises to be a star studded event with names to be announced in the coming weeks.

Tickets are on sale at tickets.europeantour.com and begin at €25 for the Pro Am on Wednesday, with single tickets for Thursday or Friday costing €35 and day tickets for each weekend day costing €45 each. This includes access to both gigs.