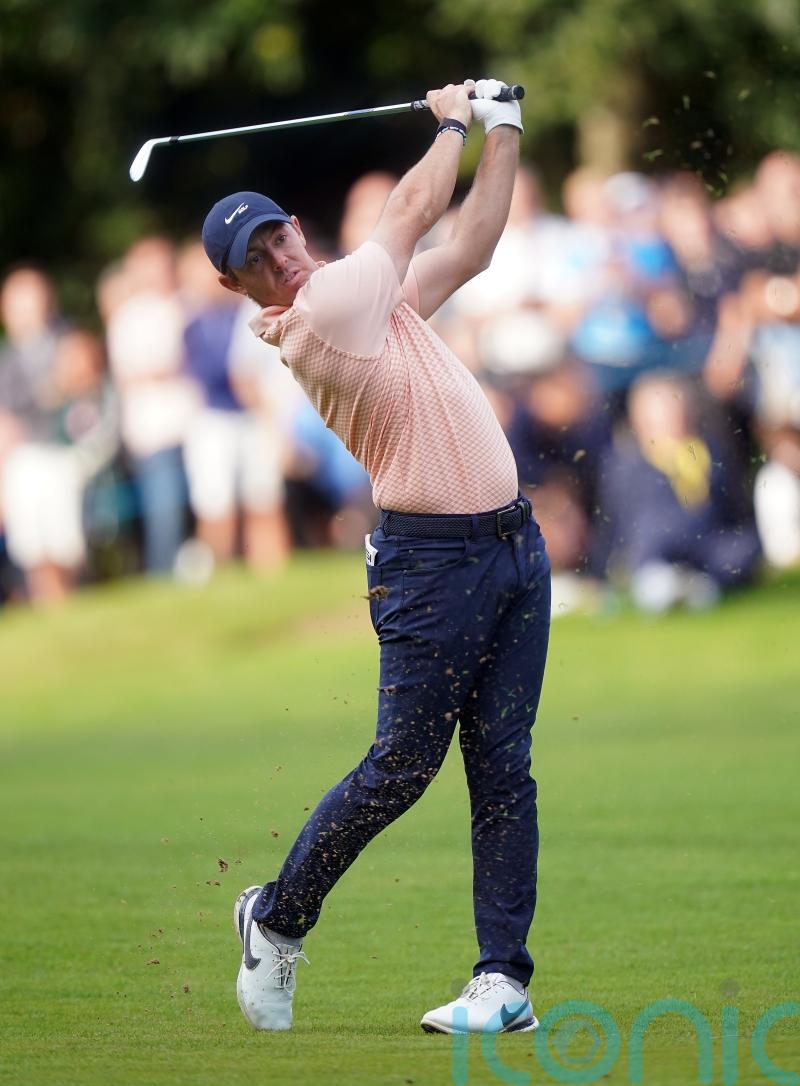 Rory McIlroy took full advantage of a major stroke of luck to boost his bid for a second BMW PGA Championship title following a moving tribute to the Queen at Wentworth.

A two-minute period of silence at 9.50am was impeccably observed, with DP World Tour chief executive Keith Pelley joining staff, players and caddies on the putting green in front of the first tee.

Defending champion Billy Horschel also revealed that he and his wife visited Windsor Castle to pay their respects when the tournament was put on hold on Friday, with Min Woo Lee doing likewise at Buckingham Palace.

McIlroy paid tribute to the Queen’s “dignity, dedication and grace personified”, adding: “I think growing up in Northern Ireland the Royal Family was part of our culture and you just sort of took it for granted that the Queen is the Queen.

“You don’t realise that there’s going to be kings and queens after that. She was such a steadying figure for the entire country.

“I was very fortunate, I got to meet her a few years ago and she could not have been nicer. I have the picture of that in my house alongside my MBE, which I am very proud of as well.

“I thought it was the right decision for us to continue. I don’t think we are disrespecting anyone by playing and celebrating what a life the Queen had.” 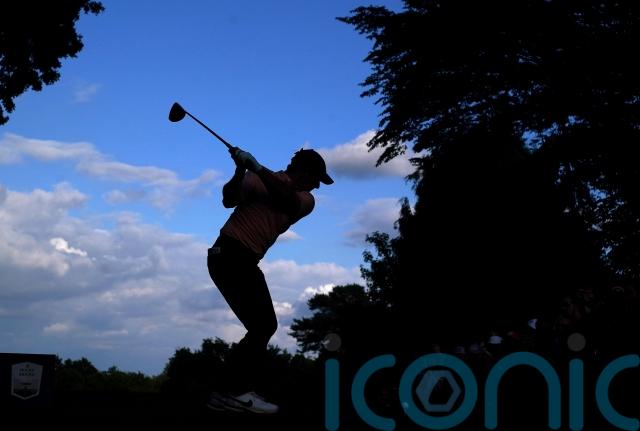 McIlroy began his second round eight shots off the lead shared by Soren Kjeldsen and Viktor Hovland, but gradually made up ground with an eagle on the fourth and a birdie on the eighth taking him out in 32.

Birdies on the 11th and 12th were followed by four straight pars before McIlroy pulled his drive on the 17th into the trees and towards the out of bounds, only for his ball to emerge a few seconds later on the edge of the fairway.

McIlroy went on to make birdie and admitted: “It was like a seven, nett four. I told Harry (Diamond, his caddie) I won’t be complaining about my luck until at least next year. It was very lucky.”

Another birdie on the 18th saw McIlroy match his lowest ever score at Wentworth, a 65 leaving him one off the pace alongside Thomas Detry and Rafa Cabrera Bello.

Hovland, who added a 68 to his opening 64, won his second DP World Tour title in Dubai in January and would love to claim another of the circuit’s biggest events, especially with Ryder Cup qualifying starting this week.

“I played here in 2019 shortly after I turned pro and I was kind of a little wowed about the experience,” the world number 10 said. 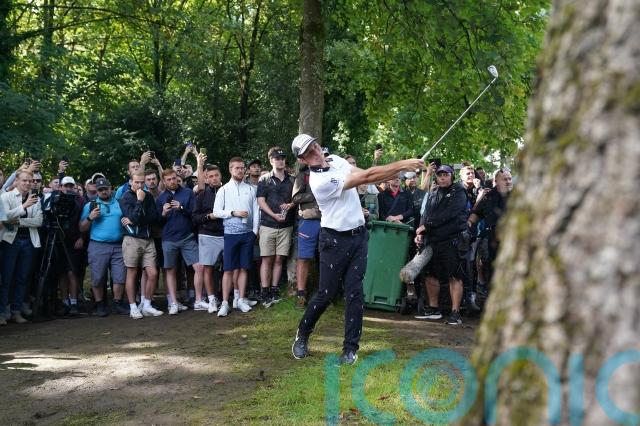 “It was a cool experience that first time and I didn’t play as well as I would have liked last year, but I’ve got a chance to win tomorrow. That would be awesome.”

Kjeldsen had set the early target thanks to a superb 64, the 47-year-old Dane dropping a shot on the first but responding with an eagle and seven birdies.

Speaking about observing the period of silence on the 11th, Kjeldsen said: “Being a foreigner but having lived here I had some idea how much the Queen meant to the British public, but it was quite overwhelming and I was taken aback by how much she was loved. It was a very special moment.”

The official mourning guidance, published by the Government on Friday morning, stated there was no obligation on sports organisations to cancel or reschedule events.

The UK’s football authorities opted to postpone all domestic fixtures planned for this weekend but other sports chose to go ahead, including cricket’s third Test between England and South Africa at The Oval.

Pelley told Sky Sports: “Yesterday we had a number of conversations with DCMS and saw the guidance that came from the Palace.

“Most of the conversations that I had were with the England and Wales Cricket Board and we both felt that bringing people together at this particular time, having both had the honour and respect of the day of cancellation on Friday, was the right decision and the right thing to do.

“I have heard from so many players that want to honour Her Majesty and felt that playing was the right way to do it.”

Talor Gooch and Adrian Otaegui are the best placed of the 18 LIV Golf players who controversially started the event, scores of 64 and 65 respectively leaving the pair two shots off the lead on 10 under.

Sergio Garcia withdrew following an opening 76, without giving a reason, but was seen on social media on Saturday attending a college football game in Austin, Texas.