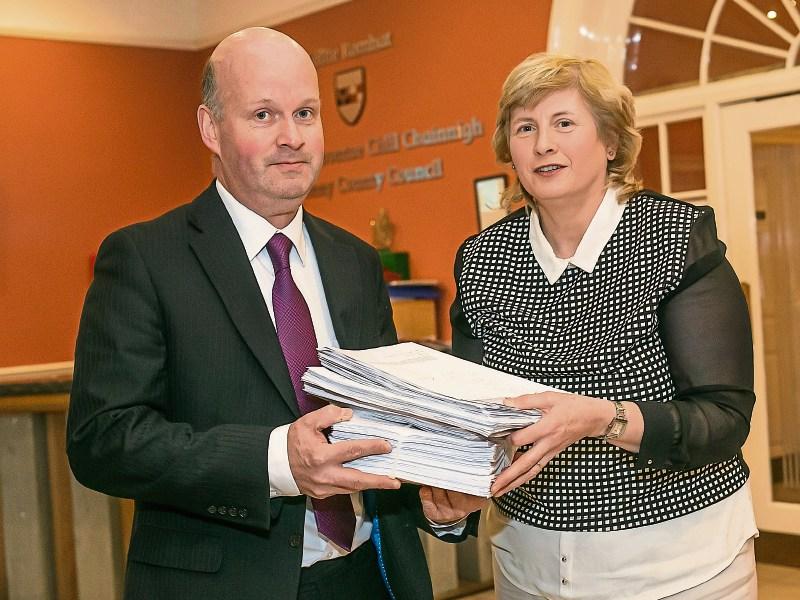 The people of Kilkenny have given a defiant 'no' to the possibility of any land from the south of the county becoming part of Waterford.

Between local organisations, businesses, sports clubs, and individuals, somewhere in the region of 20,000 submissions are understood to have been handed in at County Hall in Kilkenny. That figure does not include those handed in to Waterford's City Hall, nor those made online or through email.

The deadline for making submissions was last Friday, and communities across the whole county – not just the south – have rallied to say 'hands off'. Kilkenny County Council also prepared its own comprehensive submission.

There is considerable anger in Kilkenny over the review. Much of that anger is directed at Minister Alan Kelly and Minister of State Paudie Coffey.

Local representatives have described the review as an utterly needless waste of time and money. Resources have had to be diverted to deal specifically with the issue, at a time when there is a housing crisis, along with the recent flooding emergency.

The three-person boundary committee must now take into account all the submissions made during the consultation period, and then make recommendations with respect to the boundary that it deems 'necessary in the interests of effective and convenient local government'. The committee must submit its report to the Minister for consideration by March 31.