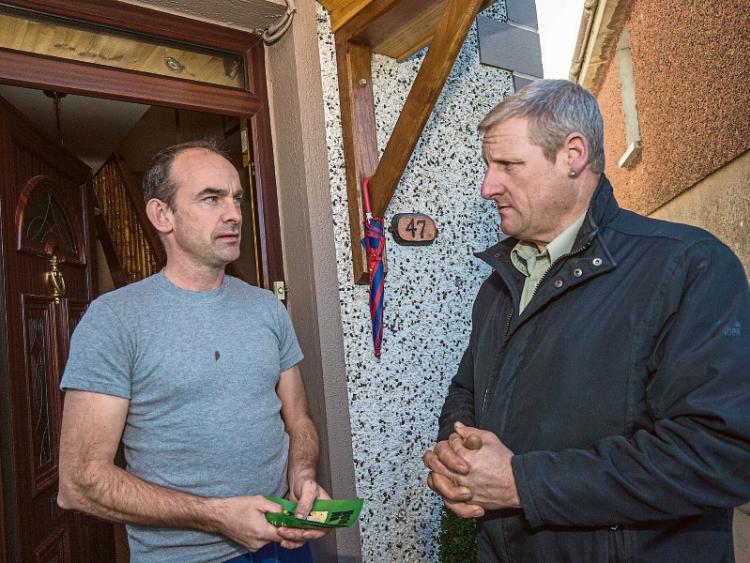 A seasoned campaigner of both local and national elections, community activist Noel G Walsh has again put himself forward in a bid to represent the people of Carlow-Kilkenny.

He will run as an independent candidate in next Friday's General Election here. He has been canvassing with his team around the constituency in recent weeks, and the response, he says, has been generally positive.

“No one is really refusing [the leaflets], and no one has been giving out,” he says.

When we meet, it's lunchtime and either many of the residents of St Francis Terrace are either away from home or are not in the mood to answer the door. The first few houses show little activity. At one door, a young mother happily accepts the leaflet and promises to have a read of it.

Noel says a lot of people are disenchanted with the traditional parties and are looking for a credible alternative.

He is critical of the current political model.

“I don't think any political party should get any funding from the taxpayer,” he says. “They should have to do the same as me, as an independent.”

“I've all of south Kilkenny done,” he tells me.

“We are focusing on Kilkenny now – we were in Carlow two days last week.”

So, what are the big issues?

“All the carry-on with the HSE – they don't know whether they are coming or going.

“There's others. I was talking to one woman on the Dublin Road and she was talking about the [proposed boundary change in south Kilkenny].”

Noel is also passionate about mental health and young people. He has personal experience with the woes of emigration, having paid to educate his children here and then watch them go abroad in search of work.

But what can an independent TD do in the Dail, against the big party machines?

“I'm sure I can achieve many things locally,” he says, listing the status of Kilcreene Hospital, the retention of the James Stephens Barracks, and providing social housing for people as priorities.

“I have taken on the council's housing department a number of times,” he says.

“They are telling us there's no houses. But there are empty houses here, and around town.”

“The council tell you they have no money, but they can afford to pay people who lose their seats.”

Other important issues for Noel include supporting carers and disability allowance.

Outside of politics, Noel is a registered Peace Commissioner and he also offers people legal advice.

He loves Kilkenny, and indeed, every morning at 6.30am, he is out at Jenkinstown Woods. He enjoys taking in the scenery, and walking his dogs – two labradors, two red setters, two jack russell terriers, and one collie.

He is now looking forward to the remaining days of the campaign, and seeking people's number one votes.