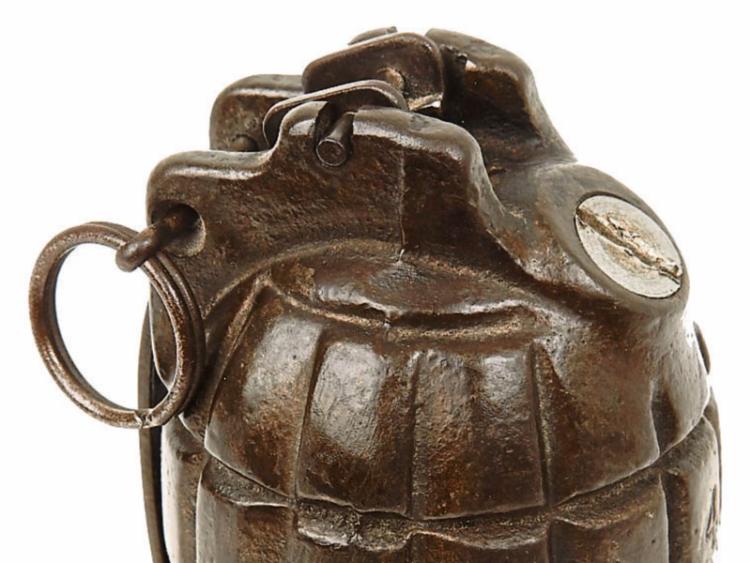 A hand grenade dating back to the Civil War was discovered by a South Kilkenny farmer last Friday.

Army bomb disposal teams were called in from the Curragh to render the explosive safe.

The Mills grenade was found by a local farmer who was working close to a haybarn at Ballyfoyle, Tullogher.

It is believed that the device, an 'old, rusted hand grenade' had remained concealed in a nearby stone wall for decades and was discovered when some of the stones became loose in recent times.

The team arrived on the scene at around 3.45pm on Friday and the item, an early 19th-century Mills type grenade, was made safe by a controlled explosion.

The expert team had also been called to a rural location near the R681 outside Dunhill where a suspect device was found by a member of the public earlier in the day.

They arrived on scene at 11am and the device, which was found to be commercial dynamite left there for some time, was made safe at the scene by controlled explosion.