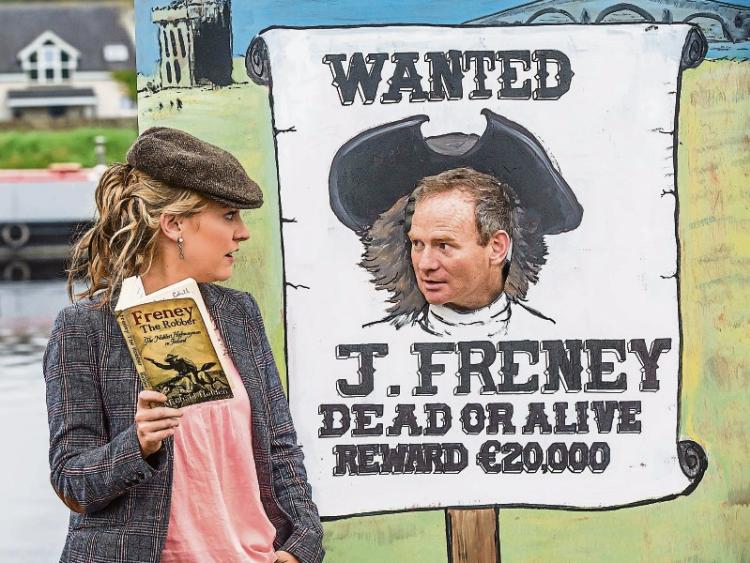 Graignamanagh, the town that ‘drowned’ during ‘Storm Frank’ at the end of 2025 has dried out, spruced itself up and announced plans for its annual three-day ‘Town of Books’ Festival during the last weekend of August.

The town will be transformed into Ireland’s ‘Town of Books’ as 27 booksellers from Ireland and Britain establish pop-up bookshops complemented by a host of fringe activities. The booksellers will offer thousands of second-hand, rare and antiquarian books - in all categories and price ranges - to appeal to both collectors and casual browsers. One shop will be devoted to publications by local authors. The festival is designed to appeal to families and to encourage children to take an interest in books while also attracting traditional book collectors.

Graignamanagh is a focal point on the Barrow Line riverside walk which was shortlisted among the top five destinations in the Irish Times “Best Day Out in Ireland” awards. A few months later the town was badly affected by the December 2015 floods when the River Barrow and its tributary the Duiske burst their banks. Dramatic images of the raging torrent on high Street made international headlines. But the homes and business have been dried out and repaired.

Town of Books festival director Martin O’Brien said the event would be chance for Graignamanagh to show it has “recovered from Storm Frank and is back in business”. He said the programme of family-friendly fringe events included a busking competition (on Saturday, August 27 and Sunday August 28) – open to musicians in all categories with €1,000 in prize money; a food and crafts fair featuring local produce and guided walks of Duiske Abbey and the monks’ sculpture trail. The Graignamanagh Brass Band will perform to celebrate Graignamanagh rising again from the flood waters.

The festival’s sponsor, Sheppard’s Irish Auction House will host an Antiques Roadshow-type event on Sunday afternoon from 2 to 5pm in the Boat House. Auctioneer Philip Sheppard said experts will offer valuations of art, antiques and historical collectibles including mementos of the 1916 Rising. The valuations are free but a voluntary contribution (€5 for a single item, €10 for three) will raise funds for Gahan House Home for the Elderly. Last year, the event attracted large crowds seeking valuations on china, clocks, silver, guns, paintings, medals and coins.