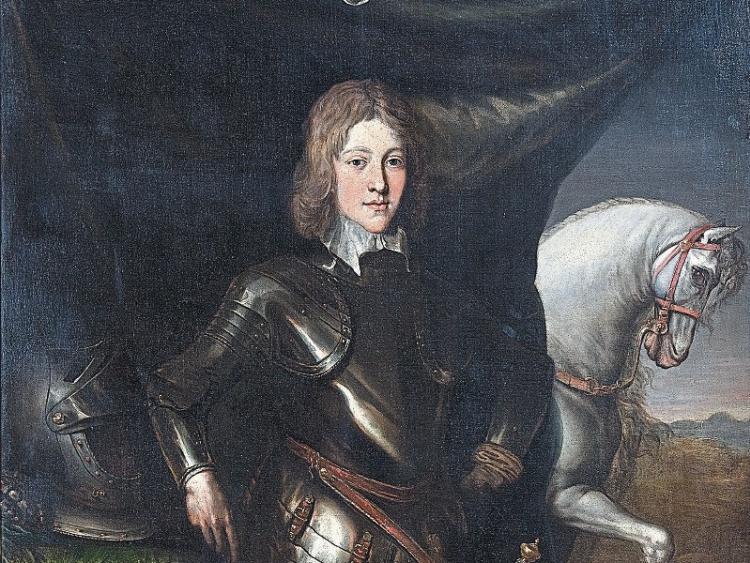 The painting went under the hammer in the 'Country House Collections' auction by Dublin auctioneers Adam's which took place in Townley Hall in Drogheda.

Lot 45, a dramatic portrait painting which featured on the cover of the catalogue and titled: "Portrait of Thomas Butler, Earl of Ossory, Eldest son of James, Duke of Ormond, in armour standing near his charge’ [horse]. Adam's said the painting is "] is attributed to Sir Anthony Van Dyke" and was formerly in the collection of the Earl of Fitzwilliam. The oil-on-canvas painting, measuring 208 by 116 cm was consigned to the auction by an unnamed vendor and assigned an estimate of €10,000-€15,000.

But after intense bidding in the auction which was broadcast online, it sold for €68,000. After bringing down the hammer, auctioneer Stuart Cole said “I think that does deserve a clap”.

Thomas Butler, 6th Earl of Ossory, (1634–1680) was born at Kilkenny Castle, the eldest son of James Butler, 1st Duke of Ormonde and Lady Elizabeth Preston. In 1665 he was appointed lieutenant-general of the army in Ireland and in 1666 was created an English peer as Lord Butler.

Sir Anthony van Dyke was a renowned Flemish-born painter in 17th century England. The "attribution" of the painting means that experts believe it is his work but can't definitively prove that he was, in fact, the artist.