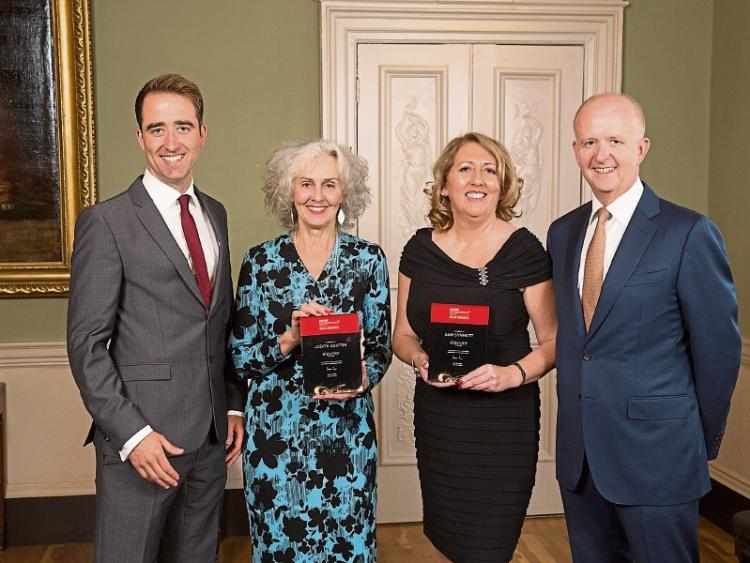 Sam Synnott and Judith Ashton have been awarded a Social Entrepreneurs Ireland Elevator award at a ceremony on Tuesday, 11th October. The organisation, Buddy Bench Ireland focusses on giving children the coping skills they need for success and happiness in life.

They promote positive mental health and friendship amongst children through their classroom programme and the use of the physical bench as a visual tool on playgrounds. The award consists of €30,000 in funding and support to expand and grow the organisation.

Speaking about the award, Sam Synnott said: ‘We intend to reach every child in Ireland. By winning the SEI Award, we can concentrate more on operations, networking and business development. Being part of this new group, I know that we will help each other professionally and personally to make an impact on society.’

Over the last twelve years, Social Entrepreneurs Ireland has invested over €6.7 million in social entrepreneurs and 1,230 employment opportunities have been created in the process. This programme is sponsored by Irish company DCC plc, who have been the flagship sponsor of the Awards for the last six years and earlier this year pledged its commitment to Social Entrepreneurs Ireland until 2019, continuing its financial support with a further €700,000 in funding over this time.

CEO of DCC Tommy Breen said: “DCC is proud to be a long term sponsor of the Social Entrepreneurs Ireland Elevator and Impact Award programmes. It is a great privilege to play a role in getting behind Ireland’s brightest and most ambitious entrepreneurs working to have a positive impact on our society.”