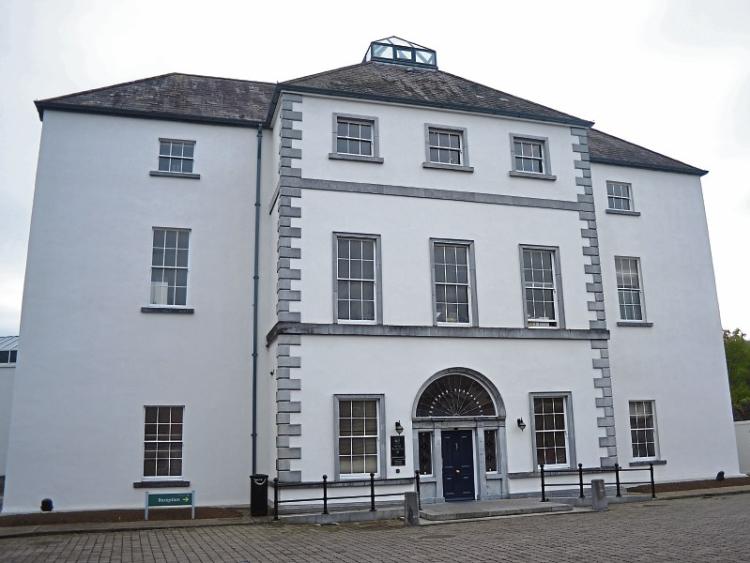 County Hall, where the recent meeting of the Castlecomer Municipal District was held.

The issue of bottle banks — where they are needed, and the mess that often materialises when they are provided — once again came up at the October meeting of the Castlecomer Municipal District.

Cllr Mary Hilda Cavanagh brought up a number of locations in north Kilkenny, and said that problems with bottle banks had become the bane of her and Cllr Michael McCarthy's lives.

“There's no bottle banks in Urlingford and it's completely unacceptable,” she said.

“And in Freshford they are overflowing. Anywhere there are bottle banks, there should be cameras. People need to be named and shamed.”

Covert cameras are regularly used by the local authorities at litter black spots around the county, including at bring banks.

Cllr McCarthy agreed with Cllr Cavanagh, and also said there needs to be a bottle bank in Urlingford. He said there was bags of bottles and cans left in Freshford because the banks were almost always full.

Cllr Pat Fitzpatrick said he felt there should be some kind of uniformity introduced on bottle banks to make them better presented, and director of services Maria Melia said there were plans to put such a scheme into effect.

“There is a plan for a regional re-brand of bottle banks – that all the councils in the south-east will have a similar look etcetera, and that will be rolled out in 2017,” she said.