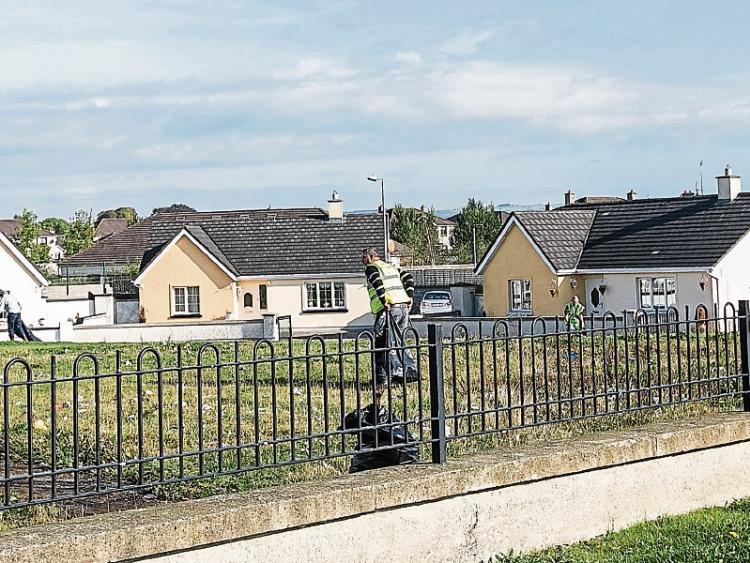 A clean-up operation on the Hebron Road greenspace two years ago. The area is once again in poor condition.

Household refuse and waste is again being burnt in outdoor fires on the green area along the Hebron Road in Kilkenny City, adjacent to the St Mary's Halting Site.

The problem first came to light two years ago when a number of local councillors publicly said the condition of the area was insulting and made a mockery of the city's recent Tidy Towns victory. It emerged that certain individuals at the halting site were refusing to pay for refuse collection, and were burning the waste instead. On occasions, the fire service has had to be called to extinguish out-of-control fires.

The local authority took measures to address the problem at the time, but now it seems it is very much back on the table.

It was again raised at last week's meeting of the Joint Policing Committee, when Cllr Pat Fitzpatrick expressed concern that the practice was continuing, despite the local authority's attempt to crack down on it.

Chairman of the JPC Patrick McKee said it was totally unacceptable, and people were losing patience.

“I thought that issue had been dealt with,” he said.

“The green area is destroyed. There's an ESB box there, and it is blackened.

“Are we bringing any prosecutions?” he asked the council's tenant liaison officer, Tom King.

“I'm at the end of my wick with this. We have major festivals here. That's the main entrance and thoroughfare to our city, and [when you come in] you're met with a bonfire.”