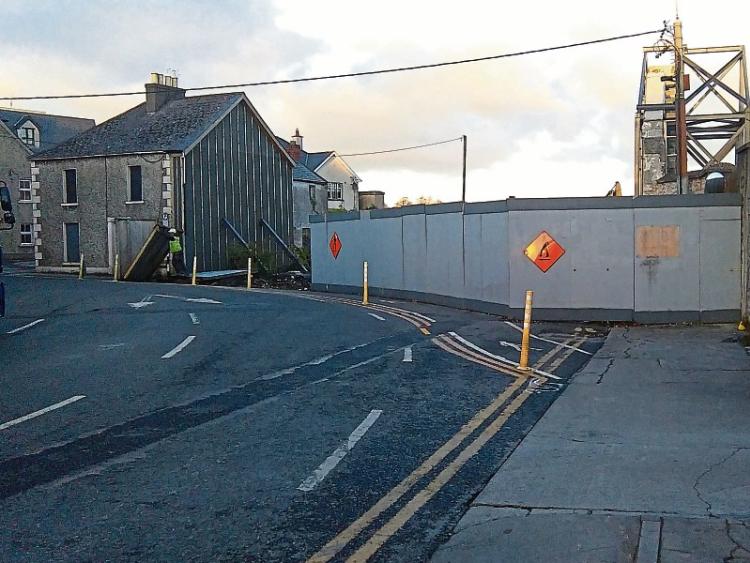 Motorists travelling into Kilkenny City centre via Green’s Bridge will have to turn right at Troysgate, travel up the Freshford Road and then down Granges Road all next week, as no through-traffic will be allowed on Vicar Street.

The road will be closed from 7am on Monday morning until the following Monday, November 21, for works as part of the Central Access Scheme.

Similarly, vehicles crossing the river from Irishtown/ Parliament Street will have to follow the same diversion, or use John’s Bridge instead. Local access will be restricted to residents and businesses of Vicar Street and St Canice’s Place only. A pedestrian route will be maintained.

Construction work will be taking place on the site between the hours of 7am and 10pm. The contractor has insisted that heavy works, including breaking, will be restricted to 6pm every evening, and that only light works such as kerbing and paving will take place after this time.

The works include the provision of new and improved road surface and footpaths, removal of overhead wiring and poles, and the upgrading of service infrastructure such as water and drainage.

Kilkenny County Council says it expects the new road to open towards the end of the first quarter of next year.