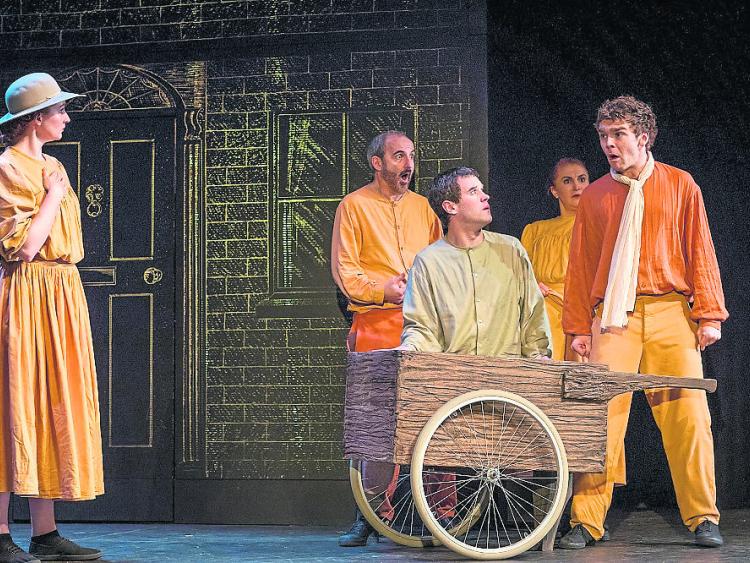 The cast from The Messenger

One lucky family will win a pass to see the world premiere of Barnstorm Theatre Company’s The Messenger this Saturday at the Watergate Theatre.

A key event of the 2016 Centenary Programme, through generous support from Kilkenny County Council, The Messenger is Barnstorm’s powerful new play that looks at the 1916 Rising through the eyes of a ten-year old child.

Christy 'Bullet' Brady is a boy with a mission. He wants to be the fastest runner in the street. When the Easter Rising kicks off, revolution is the last thing on Christy's mind. He's just carrying a message for his Ma. It turns out to be just the first of many messages he carries that week...

Known for their dynamic and visual theatrical style, Barnstorm's plays appeal to children and adults alike, with compelling characters and artful storytelling. This is guaranteed to be a stirring, edge-of-the-seat family show and a rollicking good story to boot!

Catch this superb piece of family theatre before Barnstorm sends two of its productions on international tours in 2017: The Bockety World of Henry and Bucket (North America & Australia) and the delightful Monday's Child (United Kingdom).

To be in with a chance to win tickets see the Kilkenny People's Facebook page for more details.