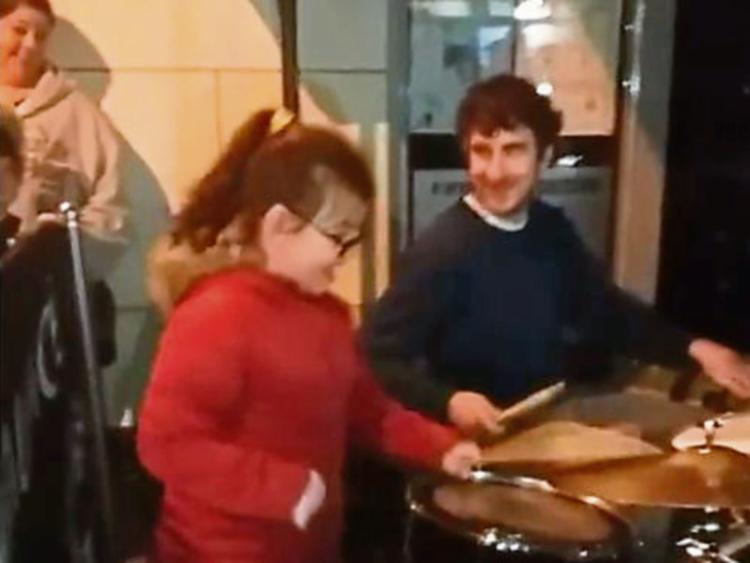 A highly-regarded Kilkenny musician has been lauded for his patience and kindness after being captured on video sharing a heartwarming impromptu moment with a little girl who has autism.

Multi-instrumentalist Jeremy Hickey is well known for his musical abilities, particularly as one-man act Rarely Seen Above Ground and collaborations with Jerry Fish.

He was busking with a group on a Dublin street earlier this month when seven-year-old Kelly Jordan, who has autism, suddenly began using his drums as bongos.

Rather than getting cross, Jeremy simply handed her a drumstick and invited her to join in the session.

Last Wednesday, Kelly’s mother Christine posted a video of the interaction on Facebook page Drumming Ireland in a bid to find the identity of the drummer, about whom her daughter had been asking ever since.

“I obviously pulled her away as they were in the middle of playing,but then the drummer offered Kelly a drum stick and let her play with him,” writes Christine.

“She was so so happy, and even took a bow!! She has autism,so this means so much to us.”

Those in the know were quick to clue her in that it was local man Jeremy Hickey, and Christine sent him a private message to thank him for making Kelly's day.