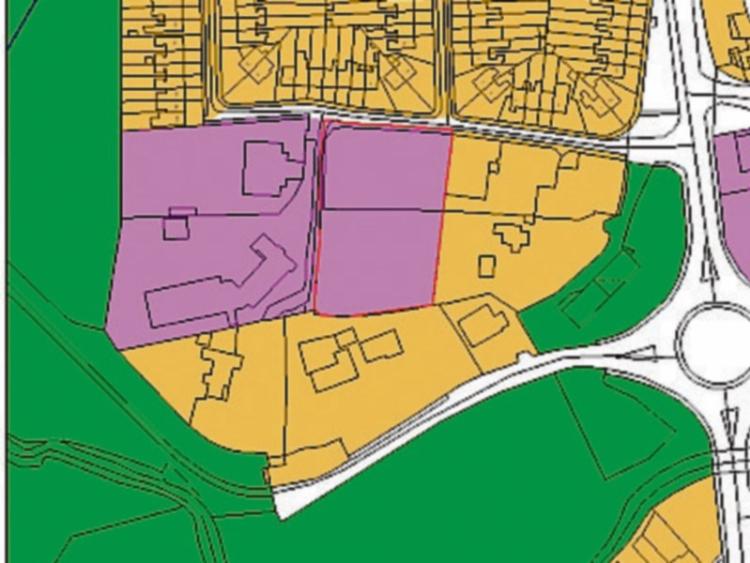 A proposal to rezone a section of land at St Joseph's Road in Kilkenny City is dead in the water after local councillors voted unanimously against it on Monday.

The section of land, at the south end of the Butts housing estate, is not in use and is currently zoned for 'Community Facilities'. Chief Executive of Kilkenny County Council, Colette Byrne, had recommended it be rezoned 'Residential' as a means of addressing the city's significant housing crisis.

However, the proposed variation to the City and Environs Development Plan met with opposition from local residents.

At Monday's meeting, director of services Mary Mulholland explained to the members that the variation would provide badly-needed social housing. The majority of Kilkenny's housing need (62%) is in the city and environs.

She said the council had looked at all the lands in its possession, and narrowed it down to those which could be developed for housing in the city. This left just four, of which St Joseph's Road was one.

Ms Mulholland said St Joseph's Road had been designed in the 1930s and as such was not designed for today's households or volume of traffic, and that carriageway width could be addressed as part of any works there.

“We acknowledge there are issues with traffic in the area,” she said.

“The development of this site may be an opportunity to resolve that.”

Ms Mulholland said the executive had to try and address the housing need.

“We need to identify sites which can be realistically developed in the short to medium term.”

Speaking in opposition to the variation, Cllr Andrew McGuinness commended the residents, some of whom had waited in the public gallery for more than three hours in anticipation of the vote.

“They set out their arguments to the elected members,” he said.

“The problem we are facing as elected members is the fact that we are in the middle of a housing crisis. No one wants to stop houses being built.”

However, said Cllr McGuinness, the Butts has the highest density of houses in the city and county.

“The houses are literally on top of each other,” he said.

“The residents do not want this. We know we need houses, but this is not the solution.”

Cllr Joe Malone said there were already problems in the Butts, such as with traffic. He said residents are unable to get parking spaces outside their own houses.

Cllr Patrick McKee said that it was clear that rezoning the land to 'residential' was not appropriate.

“I don't see how it will solve the traffic management issue,” he said.

“Let's go back to the table and look at all the options. It is the only estate in the city without an integral green space.”

Cllr Sean Tyrrell said he believed the council should make a Compulsory Purchase Order for the site behind the estate, adjacent to the Tullaroan Road, and explore housing there.

Cllr Patrick O'Neill said that while zoned for 'Community Use', the land was not being used for that at present.

Cllr David Kennedy said it would be 'criminal' to rezone this when the facilities up there hadn't 'room to turn'.

Responding to this, Ms Mulholland said that both the O' Neill Centre and the Father McGrath Centre had indicated they had no proposal to expand, and again said the development of the site would be an opportunity to address traffic issues. The director of services added that the site in question was not currently in use and it would take significant investment to change it and address the issues with it.

Cllr Mary Hilda Cavanagh said she was bitterly disappointed the matter could not be postponed. “I don't see what we are rushing this for – what we decide will have implications for the people in the Butts and for the people on the housing list,” she said.

She proposed a deferral, which was seconded by Cllr Shortall, but the majority of members were in favour of resolving the issue then. A vote was taken and the proposal was defeated 23-0 (Cllr David Fitzgerald was absent).