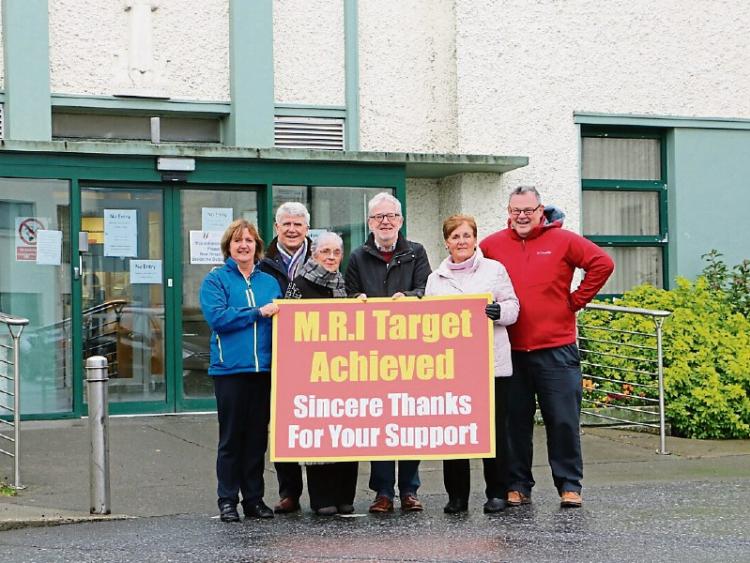 The Friends set themselves the ambitous target over two years ago - and local fundraising efforts have come up trumps with the money raised now to be matched with HSE funding and commitment.

In a statement released this week, the Friends stated that the overall cost of the project is expected to be €2.4 million, and this would include construction and design costs as well as the cost of the equipment for the unit.

The Friends also noted that a Design team budget was drawn down in 2016 but as yet a design team has not been appointed, although the tenders have been submitted. The design team are awaiting this, and the subsequent commencement of the planning process .

The committee also added “We have a copy of a letter dated 24th June 2016 from National Directorate of Estates confirming that a New Approval of MRI at St Luke’s Hospital was included in the Health Services Executive 2016 Capital Programme.

The letter also confirmed that a Capital Allocation was granted in 2016. The HSE letter went on the advise that the approved capital budget for this project was €2.45M. This capital budget is the fund all the capital costs associated with the project i.e. construction costs, design fees, equipment costs and other costs associated with the projects.”

The Friends are now embarking on a new target drive to raise €30,000 towards the purchase of two nCPAP machines for the Childrens Ward at St Lukes General Hospital - a Nasal Continuous Airway Pressure machine which gives non-invasive respiratory support for children - much to the delight of the paediatric staff at the hospital.