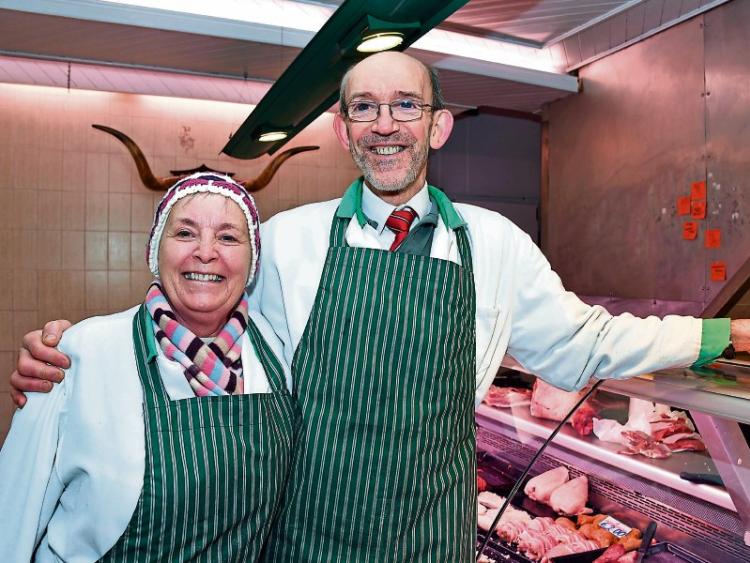 It is part of a deeply worrying trend of family businesses around the city closing down.

The end came at 6pm when the Tholsel bell rang and master butcher, Paddy White, closed the door and hung up his cleaver for the last time.

He finished as he went through life, with little fuss and a smile on his face.

He has a bucket list of things he wants to do before he gets too old and having served a loyal customer base for well over four decades he gave himself the chop.

He is happy to be getting out but the day was tinged with sadness for him.

A butcher shop has stood on this spot on Rose Inn Street since the 1880s.

And as we stood talking before he closed, a steady stream of people came in to shake his hand and wish him well.

He disclosed that there were now only three family businesses left on the street which were there when he started in 1972.

They are: Henderson's Bar (next door), Burke's newsagents at the bottom of the street and the exquisite, O'Connell's chemist shop owned and run by John O'Connell.

“Every other premises has changed and some of them a few times,” Paddy pointed out.

The closure is part of the growing trend of family shop closures in the city centre over recent months and this is something which should sadden us as on-line shopping takes a serious hold.

Paddy recalled joining his father in butcher shop in 1972 and said that before the Whites, the shop was run by Toddy Bergin and before that by the Hudson family.

We wish him well in the next chapter of his life.

PHOTO - Paddy with Rose who has worked in the shop for over 30 years.