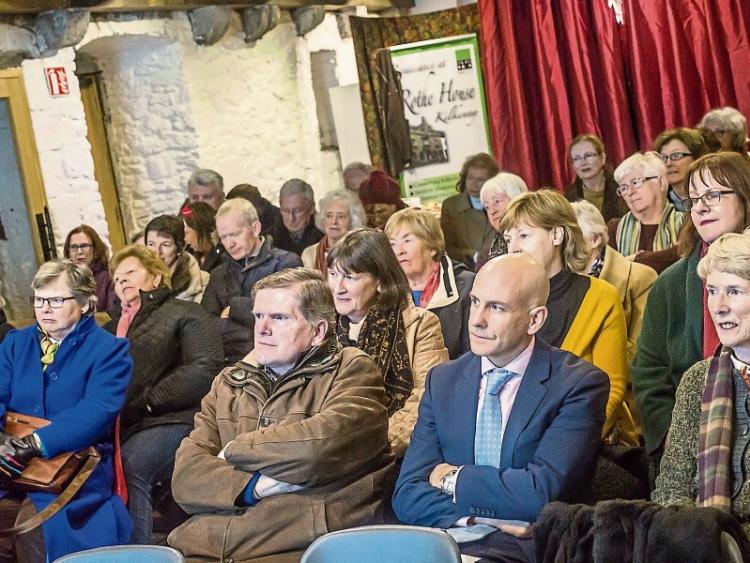 The audience at Rothe House

Some of Kilkenny's most famous women were recognised at a recent talk in Rothe House.

The Kilkenny Archaeological Society identified these women as having been trail blazers for their sex at various times.

Each of the women made notable strides and dents in the very real ‘glass ceiling’ in very different areas of human endeavour. There was a packed room for the presentation which was both informative and entertaining.

Dr Kathleen McColgan-Barry, albeit not Kilkenny born, was Kilkenny ‘s and Ireland’s first appointed County Medical Officer of Health. In

that position she played a major role in bringing modern medical thinking to Kilkenny.

The presentation was a fascinating spotlight on a period of modern Irish history that gives us all an opportunity to be reminded of just how far Ireland has progressed in a short generation or two,