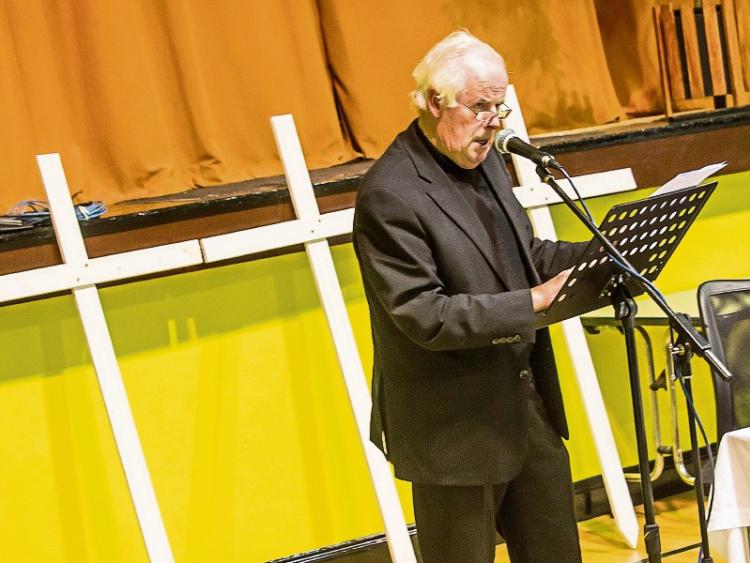 A huge crowd defied the inclement weather and somberly made their way to Piltown Community Hall on Monday evening. The queue was out the door.

They were there to voice their anger, and their steadfast determination to bring an end to the string of tragedies that have plagued this south Kilkenny community in recent years. They want to ask those in authority why there have been so many road traffic collisions on the short stretch of road that is the Piltown bypass.

“We are not engineers, but common sense tells us that something is radically wrong,” said local priest Father Paschal Moore.

“Why have there been so many fatal crashes here?”

The outspoken priest summed up the overwhelming sense of grief that has personally affected many of those present.

“I have been ministering as a priest for over 40 years and I have never, ever witnessed anything like the tragedy and the heart-break that this road has visited on us all,” he said.

“I have officiated at the funerals of numerous casualties of this bypass since it first opened in 2002. I have lost count of the number of times I’ve been called to the scene of the multiple accidents that have happened here over the years.”

Also present at the meeting were a number of those who have lost family members, or who have been injured in incidents on the road. Benny Gough, whose brother lost his life on the bypass in 2002, made an impassioned speech about the effects it had on the family.

“Every day you travel that road, you can see the accidents that are going to happen,” he said.

Representing the GAA, County Secretary, Jimmy Walsh confirmed that the bypass was a constant worry for them — a sentiment echoed by a representative of the local soccer club. One woman, who lives right beside the junction, said she no longer uses it, and instead drives on to the next one.

Local man Keith Foley said in his mind, the solution was clear.

“I think I speak for everyone – we need a flyover, nothing else,” he said.

“How much it costs, I don't care. I think everyone else here doesn't care. You can't put a price on a life.”

John Power said the design of the whole road needed to be rethought.

“Our family home was knocked down for this – for what was supposed to be a proper road,” he said.

“Instead, we've had ten people killed on the road.”

Mr Power said that not one junction had a light on it from Three Bridges to Turkstown, and compared it to the Callan bypass which is well lit.

Principal of Piltown National School Mark Connolly said that 330 children attended the school, many of whom walked. He described the road as 'a monstrosity'.

“I agree with the other speakers – a flyover is the only option,” he said.

“The situation has become intolerable. Our children and our families deserve better.”

He also said he had spoken to council staff, who also recognise the issues.

“The council are as upset as we are,” he said. “It is not the council – it is the NRA, who are now the TII (Transport Infrastructure Ireland).”

An over-bridge seemed to be the consensus. Others have indicated they would like to see a fundamental redesign of the route.

They want Transport Infrastructure Ireland (TII — formerly the NRA) to carry out a full review of the bypass, and implement changes to significantly improve safety.

There are ten junctions on the road, and it can be extremely difficult to navigate across them with oncoming traffic.

The most recent tragedy occurred earlier this month, when local man  Denis Walsh lost his life in a collision  at the Tower junction. On foot of this, and other incidents, the public meeting was organised.
Local TD Bobby Aylward said there had been concerns about the road design from the beginning. He told the assembled crowd he had put down a Parliamentary Question to the minister to ask the TII to come down immediately and do a safety review.

His Fianna Fail colleague John McGuinness said he had asked the minister to come down and see for himself what local people were dealing with on a daily basis.

He reminded people that prior to the construction of the bypass, public meetings were held and simliar issues were raised.

“All of your views were ignored by the council engineers and the NRA at the time,” he said.

Deputy McGuinness said he agreed that a new plan was now needed. He described the design of the current road as 'outrageous'.
“There is no other road like it in the country,” he said.

Sinn Fein TD Kathleen Funchion encouraged the community to set up a committee.

“What you need is a committee or even a campaign group to make sure it doesn't go away,” she said.